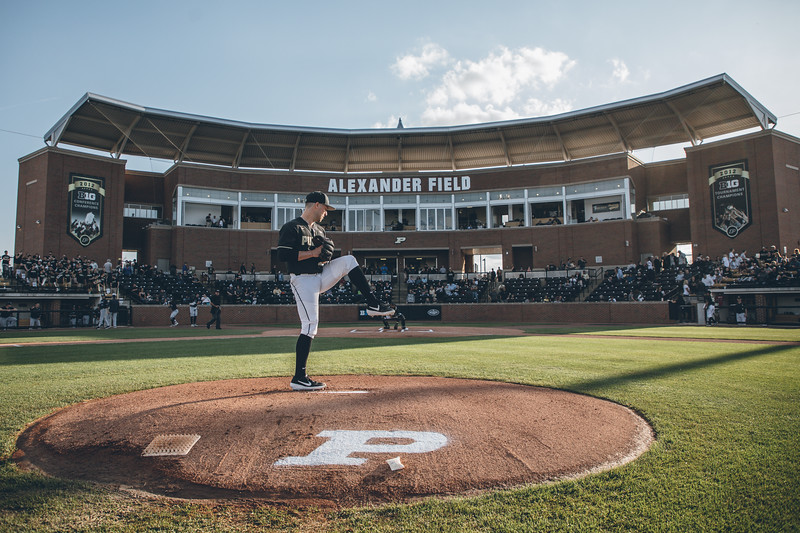 Getting Out On The Mound

This was an idea that I had seen a few years prior, but I had never tried it at a baseball game. I had given it a shot at a softball game, but this was the first time trying it like this. As soon as I saw the Purdue logo being placed on the mound I knew that I had to give it a go. This is an interesting idea, but maybe I need a helmet when I try it out. What you have to know while you are doing this is that you are in the line of fire while the infield warms up. I was low making the photo, but I gave a glance before getting up and out of the way to make sure that I wouldn’t be hit with the ball. I am glad that I finally made my version of this photo.

Making Different Images For The Gallery

One thing that can be tough, especially in baseball, is making your gallery have a variety of photos. A place like Purdue has a few places to make photos from, but after a while during a season you feel like you have done it all. Getting a little crazy like this allows you to easily make a new photo that the people viewing your gallery have not seen yet during the season.