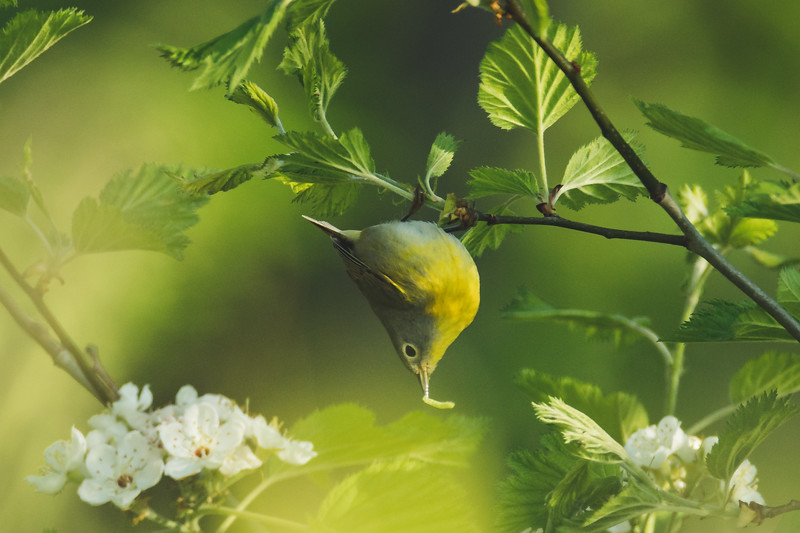 Last year some of my best warbler photos came courtesy of the Nashville Warbler. This year I have seen a couple, but never in as good of light or position. Yesterday morning I watched this one for a while as it worked its way over to me. It never got as close as I would have liked, but it did get breakfast which is always important. 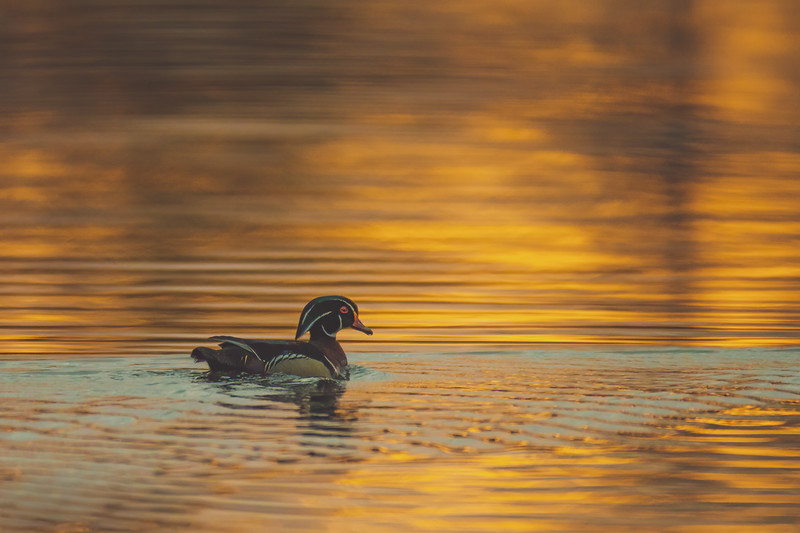 One duck that I always want more photos of is the wood duck. This one swam in front of me as the sun was coming up. It wasn’t in the best of light, but then again the golden light of the sunrise helped make this photo interesting to me. The male wood duck photo in good light is still on my list, but until then I can keep trying. That is the fun anyway.

I had heard about people seeing a Wilson’s Warbler in the past week, and I might have seen one myself on Monday if only briefly. This one showed itself for a couple of seconds and then quickly flew down along the water away from me. I went down the trail to get ahead of it, and I was able to make a photo with my second chance. With a name like the Wilson’s Warbler I half expected to only see the top of its head over a fence.

It Is A Common Yellowthroat

A few days ago I talked about how this common yellowthroat was not common to me. Since then I have seen many of them and made some photos that I really liked. With that in mind I would like to say that finding a million dollars on the path of the bog is not very common to me.

This female common yellowthroat was hanging out in a pretty good place to make a more scenic photo. Most of the time I love the tight photos like the male singing above. A photo like this one showing the habitat is always nice too. It helps tell more of the story.

Another Small In Frame Photo

I like this magnolia warbler a little smaller in the frame. I have a tighter photo of the same bird, but I like the fact that you can see what this bird is thinking. It is about ready to jump up into that bush above it. If you listen to people online they will tell you that every photo must be tight on the bird. I do not think that is the case. The same logic applies to this as it does to sports photography. Every now and then you need to change things up so that all of your photos do not look the same. My goal as you scroll through this post is to not have any photos that look the same. The nature of bird photography makes that impossible, but it is still a good goal to have. 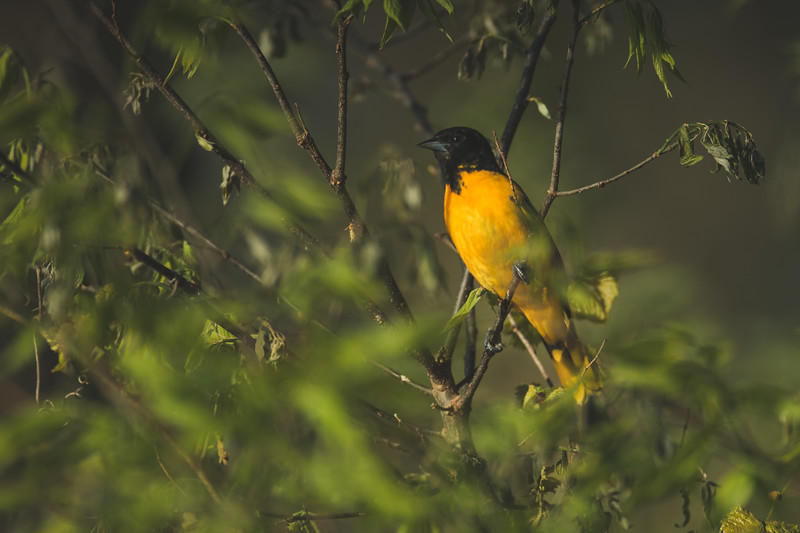 This oriole was down fairly low singing. Every time that it sang though it faced the other direction. I know why it was, but just for fun I thought that it could sing out over the water so that I could make a photo of it. It is still nice to see one of these so close. Last year at the bog it seemed as if I only ever saw them in the treetops. This year they have been a little lower it seems like giving me a better chance at making a photo.

This bird has been everywhere this spring. I went from wishing that I could see one to having them surround me. Maybe it is just my imagination, but they seem to be thinning out a bit. It won’t be long and the bog will be back to normal. Until then it is fun to see all of these birds on their way north. Yesterday was a fun morning. I really only have a little over an hour of light to work with before I have to head home. In that hour though I am able to see a ton of birds and make some really nice photos. This is a great time of year to do this kind of thing.