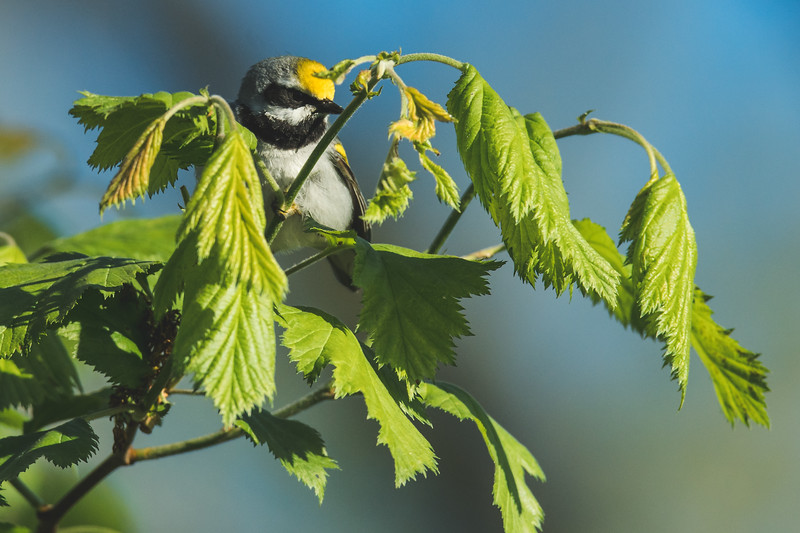 Early in the morning on Saturday I saw a Magnolia Warbler in the top of this tree. I was very excited because it was my first of the year. I was waiting for it to make a good appearance instead of being behind the leaves when I saw something moving on the other side of the tree. It was this golden-winged warbler. I had never seen a golden-winged warbler before so I sadly completely forgot about the magnolia warbler.

Showing Off The Golden Wing

I love it when a bird shows off the feature that it was named for to me. This bird was feeding and moving around the top of the tree. Most of the time it was covered with leaves so it is nice that it finally somewhere where I could see it in all of its glory.

More With The Palm Warbler

This palm warbler knew that I was not paying attention to it. It was in the tree directly in front of me. I was waiting for a different bird to show up to the right of the scene in front of me. I could not focus on the palm warbler because it was too close to me. It seems like it knew this because it was looking at me and talking. It then flew a little to the right where I could focus and posed for me. I love it when they want to be on the blog. 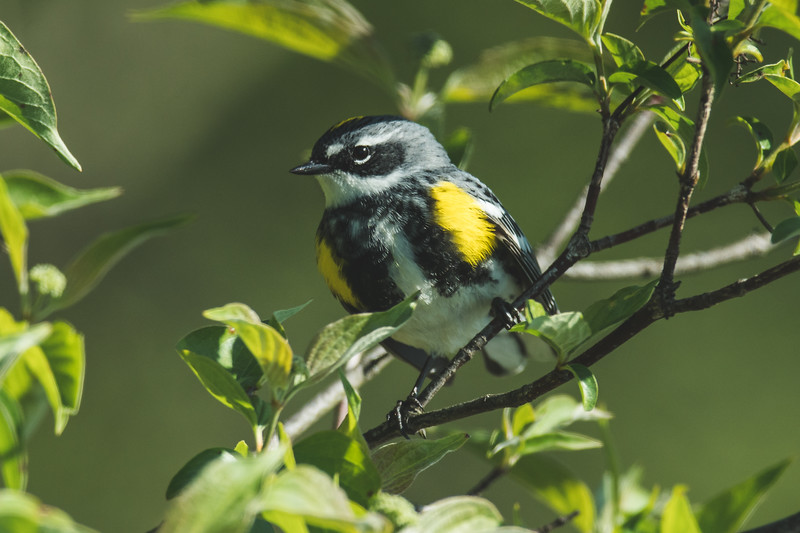 More Fun With The Yellow-rumped Warbler

As I said yesterday it is hard to make a different photo of the yellow-rumped warbler. I try and find a new location and scene for the bird. Here I found a yellow rump that looked great in a pretty good spot so why not make a photo? I love this darker version of the bird. I know that they are very common around here, but I love how they look so I will make a photo of it every time.

Earlier in the day I missed an opportunity with a yellow warbler. It was coming closer and closer to me so I was waiting until it came to a good spot to make a photo. Of course right when it would have come around the bush near me it took off in the other direction. Later on my walk I heard one singing above me. I moved over to make this photo. It is not the best yellow warbler photos hat I will make this year, but it was fun to watch him sing.

Sitting In The Tree

Probably my most photographed bird at the Celery Bog is the great blue heron. Here I found one just sitting in a tree waiting for its next meal.

There are so many swallows at the bog right now. This branch over the water was a place where they were constantly coming and going. The turnover was pretty fun to watch. These birds are amazing in the way that they catch their prey. It is like watching an amazing pilot. They fly at a great speed and then swoop to catch bugs in the air. It is something else to watch. One of these days I will bring a camera rig to the bog to capture it.

More With The Uncommon Common Yellowthroat

Ever since I talked about how uncommon it is to see a common yellowthroat I have had great luck. I think I have made a photo that I liked every outing. Here is one singing that I saw on the way back to my car.

This time of year I don’t pay attention to the woodpeckers so much. When things are slow in the winter they seem to be the focal point of my trips to the bog. When this one came around my area I knew that I had to make a photo of it.

Here is a link to my favorite photos from last week. It turns out I was pretty one dimensional just making bird photos during the week. I like to spread things out a bit more, but with limited free time and the migration in full swing it kind of makes sense. This week I will attempt to spread it out a little more.

2 Replies to “A Golden-winged Warbler Visits The Celery Bog”