This was a crazy basketball season. Right when things were about to get very interesting it all came to a crashing halt. We have not seen anything like this before, and I hope that we never do again. The season was cut short, but there were some great memories. Here are my favorite images from this past season. 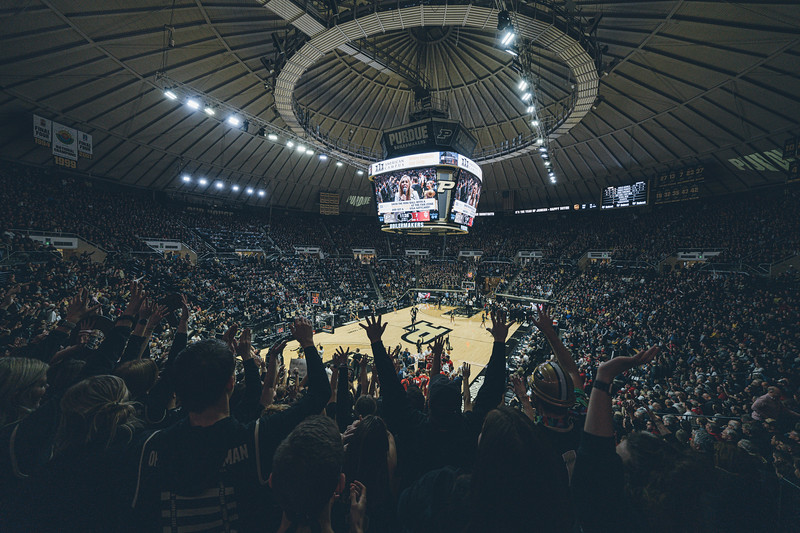 20. Man I love Mackey Arena. That place is amazing to watch a basketball game in. I think that I may experience a little hearing loss during each big game, but the photos are worth it. Here are two of my favorite stadium images from this season.

19. Man Evan Boudreaux really came alive in the Big Ten season and helped this team. Here he watches his shot against Michigan State. I completely missed his great Iowa game at home, but it was one that I saw on TV and I will not soon forget.

18. This photo is special because of who was with me when I made it. I picked my daughter up from school and we made the trip to Mackey to make some photos. We worked our way around the bowl of the stadium with the idea of a gif in mind. When she saw the finished product she couldn’t help but show everyone that she saw saying that she helped make that. These are the moments that are great. 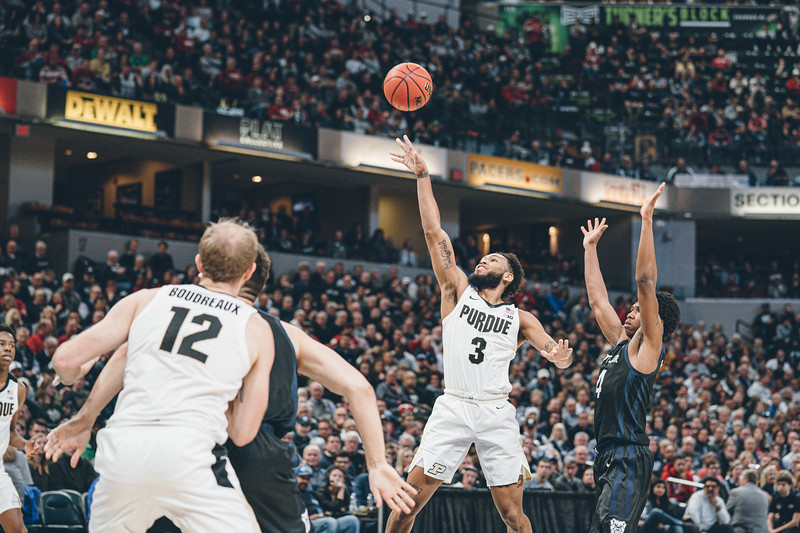 17. I love the big game atmosphere playing in Banker’s Life Fieldhouse. The signs in the background give you a sense of place so I try and include them in every photo in some way. Here I think that they help this photo a little. 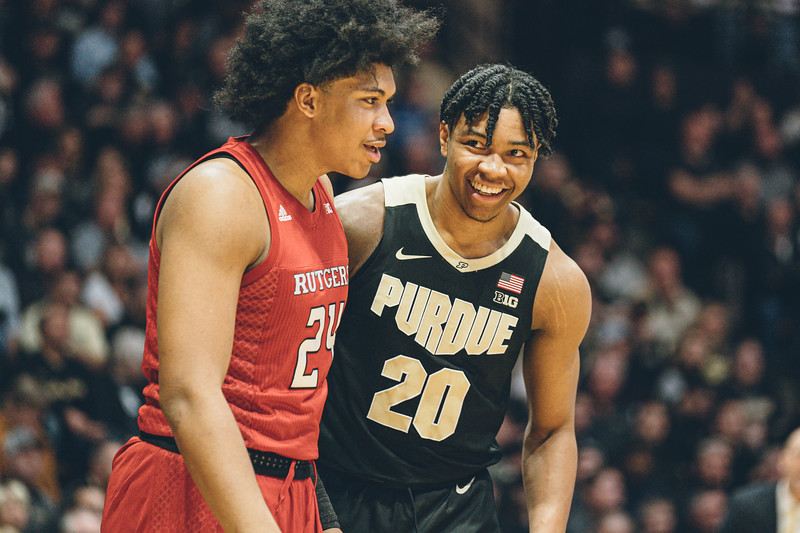 16. Nojel is just a fun player. He is as tough as they come, but he has fun doing his job as well. Here he has a little fun at the expense of Ron Harper Jr. I can’t wait to photograph his senior season.

15. Some players are not known for their prowess around the rim. Sasha does not normally take the ball to the rim. When he can get there though he becomes even more effective. Here he takes it to the rim against Michigan State. I think that the look on his face shows you just how hard baskets are to come by in Big Ten play. 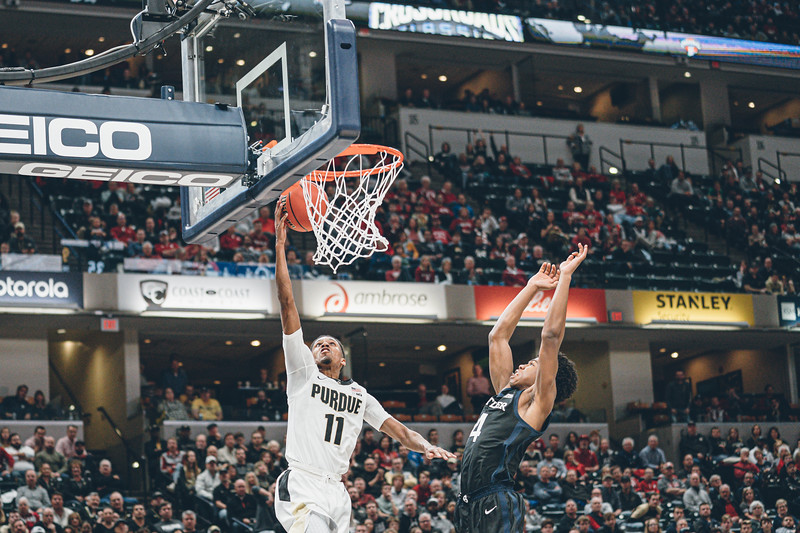 14. Here is another photo from Banker’s Life. This was my lone road game for the season. It is hard to believe that during the entire year this venue was the only place away from Purdue that I travelled to.

13. Sometimes you need to keep it simple. This sign does just that. I love what the Paint Crew brings to games. For these big games I usually spend quite a bit of time with them early on. For this game I didn’t even know the score for much of the game because I was focused on them. By their actions though I knew that we were up big. They are most of the reason why I am losing my hearing. 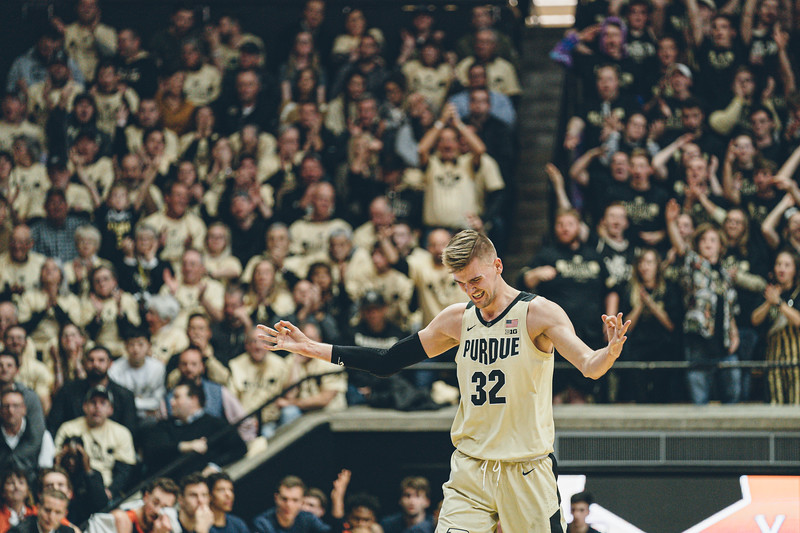 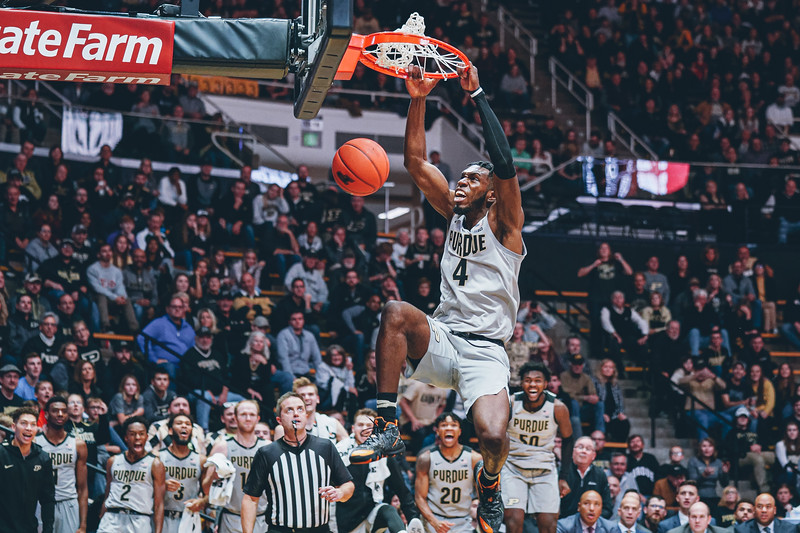 11. As a sports photographer you want peak action in your photo. You also want emotion. Here you get both in one frame. You have the great dunk, and then you have the bench emotion. Together they make a photo that I really like.

10. I love to show off Mackey Arena in my photos. I may go wide a little too much, but when you have a cool venue I think that you have to do that. It is fun seeing everything around the play as well.

9. I had the 12-24mm lens out before the IU game for a photo that shows up later on the countdown. When I saw Purdue Pete standing here I ran out to make a couple of photos of him. I knew that the ultra wide angle would look cool. 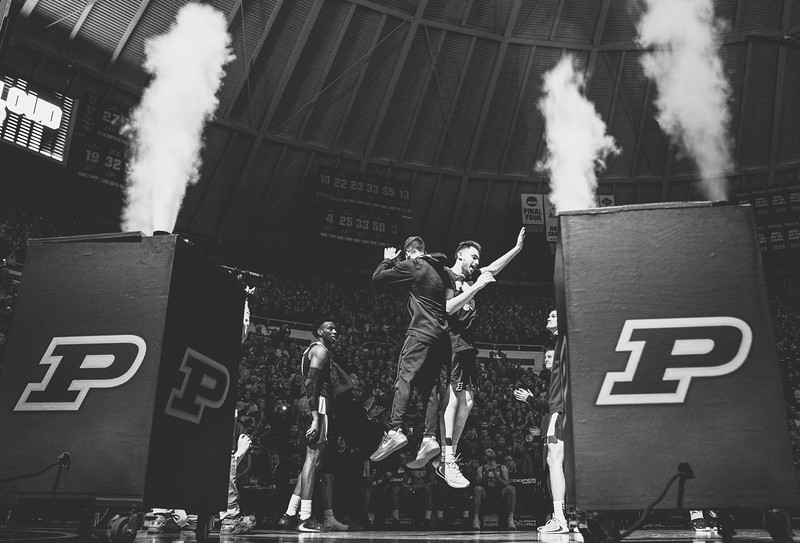 8. This year they finally synched up the smoke with the players during introductions. It was only for the last couple games of the season, but it made for much better photos. I staked out this spot for senior day to make this photo that I have wanted to make for a while. The timing was never right though.

7. Here is another reason why Nojel is such a fun player to cover. Here a simple pass becomes a good image. Some players just photograph well. Nojel is one of them.

6. Jahaad Procter brought a lot to this team as a grad transfer. It could not have been easy to step into the #3 right after Carsen Edwards. He was big for this team though, and made a mark in his only year at Purdue. 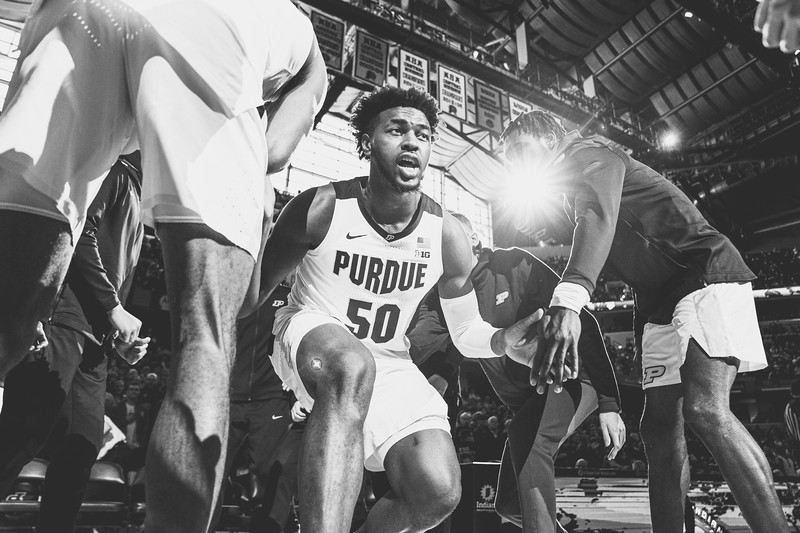 5. Big game intros are always fun to photograph. At Banker’s Life with the windows open they are even cooler. Here I was lucky with the spotlight placement for a photo that I really like. 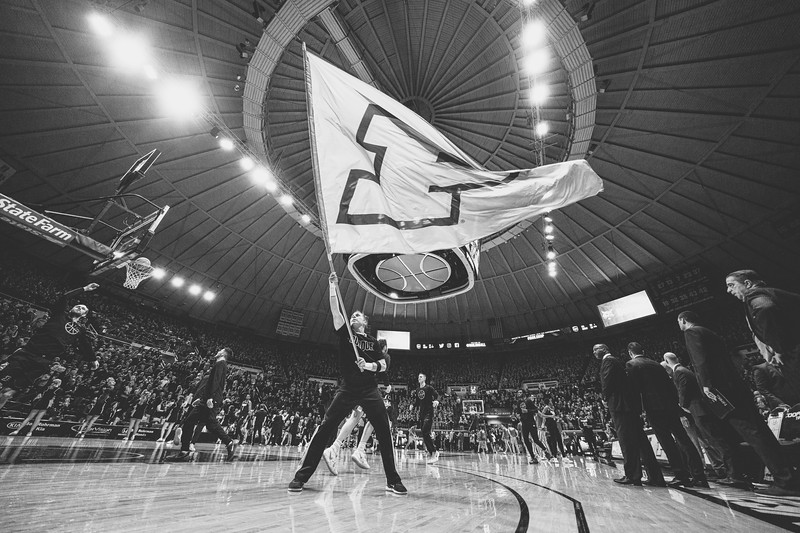 4. This is a photo that I have wanted to make for years. Whenever I came out with the gear to make it something would get in the way. The IU coaches tried to do that this time, but I moved at the last minute to finally make this photo.

3. Another player that photographs well is Trevion Williams. This series of images shows you why. I love the high five during the shot attempt in the first two photos. Then of course after the basket and the foul the look right at me. This was a great series that is why basketball can be so fun.

2. One last look at the King of Macey. I don’t think Mackey Arena has ever been louder than when Tommy Luce made a bucket. The walk on is usually not the star of the team. Tommy though really was a star. He made the most of his time at Purdue ending his career as a scholarship player. These are the types of players that are the most fun to watch. Here is a photo of him during the introductions on senior day.

1. This photo was made somewhere in the tunnels of Banker’s Life Fieldhouse. I love these little moments prior to a game. I would argue that as a photographer these are my most important photos to make. I think that bringing you into the moments that you can’t see as a fan are vital to telling the story. If I can nail pregame then I know that I will have a great Exposure gallery after the game.

There are my favorite photos from this past year. In my post after the season finale I was feeling very nostalgic for the season that had just passed. I always wonder if I will be back in Mackey the following season, and in what capacity. That is the nature of the freelance beast. Little did I know as I was writing those statements that my sports photography was done for the immediate future. I was thinking that my basketball season might be over, but I had no idea of what was to come. We all have a little more spare time on our hands now. I hope that this countdown helped fill a little of that time. Hopefully next year we can have a full college basketball season and get everything back to normal. Stay safe out there.

Edit: I can’t believe that I forgot these two photos. I never looked at my albums when I photographed for the opposing team. Sometimes that helps you make photos that you would never make for Purdue. Here are two photos that I really like of Matt Haarms blocking the opponent. I was making photos for the other team, but still making photos at the game. Here are two of my favorites from when I was making images for the opponent.