The Worm Moon Passes Behind The Purdue Bell Tower

Last night my friend Mark and I went up to Purdue to see if we could capture the moon passing behind the Purdue bell tower. I was in charge of figuring where it would pass so it was up in the air if things would work out for us. I had a pretty good idea that we would be okay, but you never know about these things. To add more intrigue to the night the clouds that were supposed to be gone were still lingering. In fact the moon came up through the clouds just before it reached the bell of the bell tower. I was making some photos of the whole tower when I realized that if I put my 1.4x teleconverter on the camera that I would be able to make the photo above. I had to keep moving and work quickly, but I was able to make the photo that I had in mind. The best part about the entire thing is that I filled the frame with my 60mp Sony A7R4 so it is a very usable image. 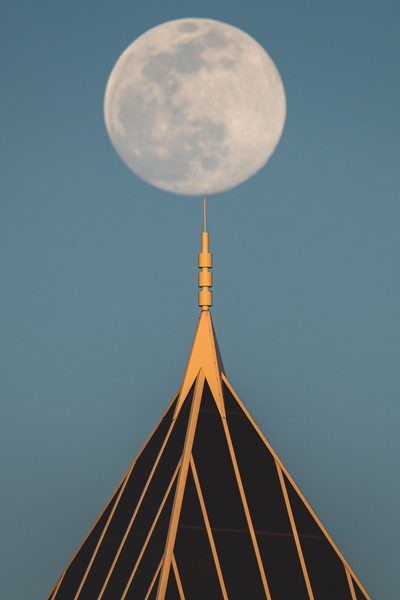 How Do They Name These Things?

I have heard of a wormhole. That is the thing that let Matthew McConaughey hang out in his daughter’s bookshelf. A worm moon though is something new. I really want to know how this naming process happens. I think that just calling it a super moon is pretty cool. How much better can you get than super?

Turn It On Its Side

After I was ready to publish this post I had an idea. What if I took the photo above and rotated it? For some reason I loved the impact that it had. It just looked cool to me. What do you think? Which one do you like better?

Last week was a pretty good one. A day at the bog, a tournament basketball game, a game that felt like a tournament game, and then this awesome night with the moon. You can see my favorite photos from last week here.