This was a year making some photos at the West Lafayette Girls Basketball season that I did not expect. I went to the first game of the season to test a new camera. I had so much fun at that game that I ended up going back a few times throughout the year when the schedule allowed it. This team had fun playing the game. That is fun to photograph. Hopefully things work out to where I could see a couple of games next year as well. 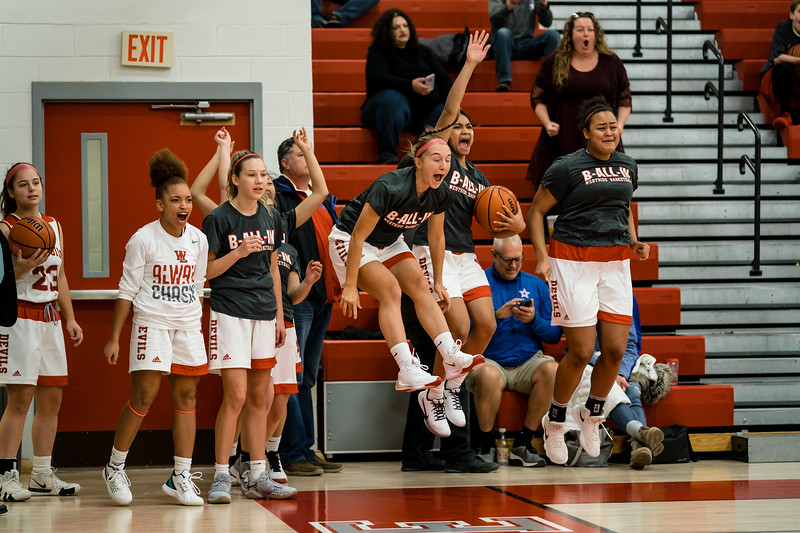 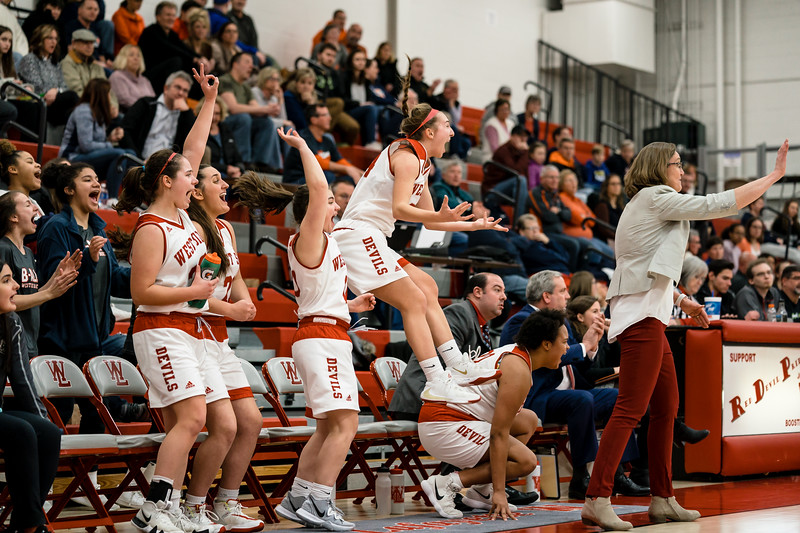 10. I am cheating with two pictures right off the bat. I think that they show how much fun this team is to photograph though. The first photo was made in November as the varsity team was celebrating a key moment late in the game for the jv squad. Right then I knew that I was in for some fun. The bottom photo was made on senior night as the bench erupted late in that game. This team really gets emotional in a great way that is fun to photograph. 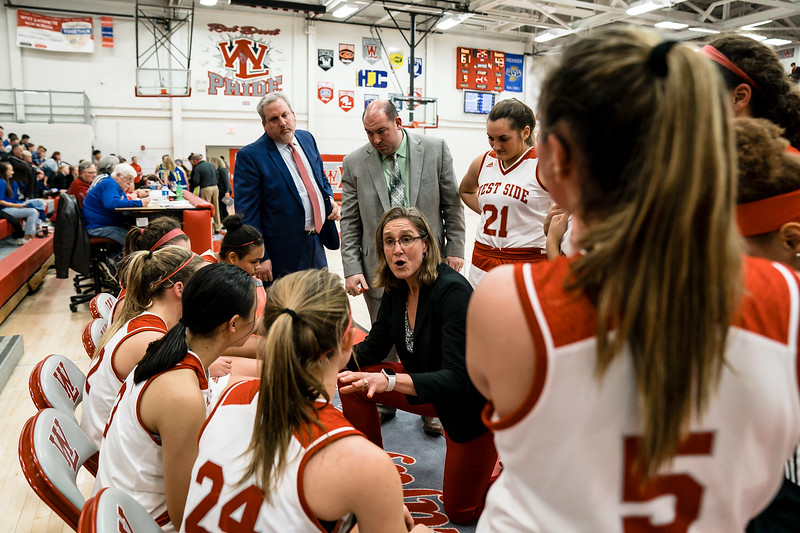 9. I have always found it odd that the high school just down the road from Purdue has basically IU colors. They are my kids colors now though so I have come to love them. Here they show up everywhere as the team huddles up. I love basketball gyms and the little things that make them what they are. Since I have known about this gym the big WL Pride sign has been something that I try to work into my photos. 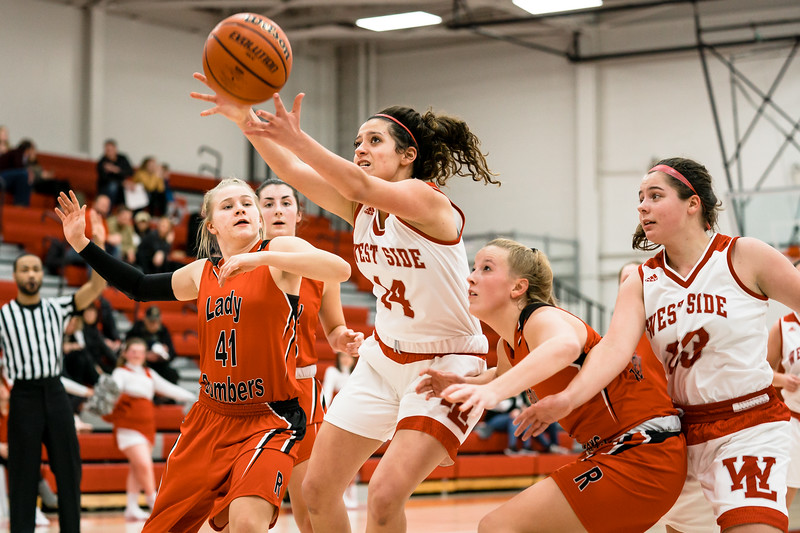 8. I love a good rebound photo. In fact that moment just before the rebound is secured is always a great moment. Here you can see the anticipation on the faces all around as the ball is still up for grabs. 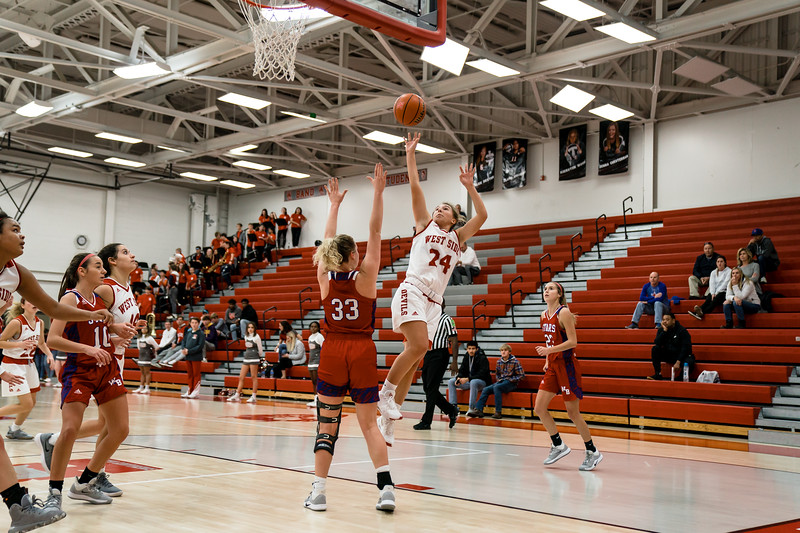 7. Another wide photo showing the gym off a little. I like to change things up during a game so that all of the photos do not look the same. Going wide is one way to do that. 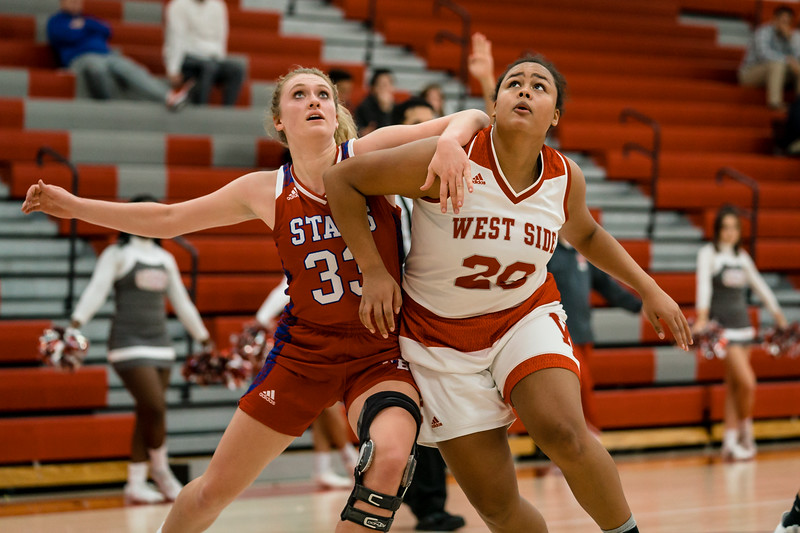 6. Alaina Omonode set some records during her time at West Lafayette. One of those was the school rebounding record. I figured that a photo of her boxing out had to be in here just for that. 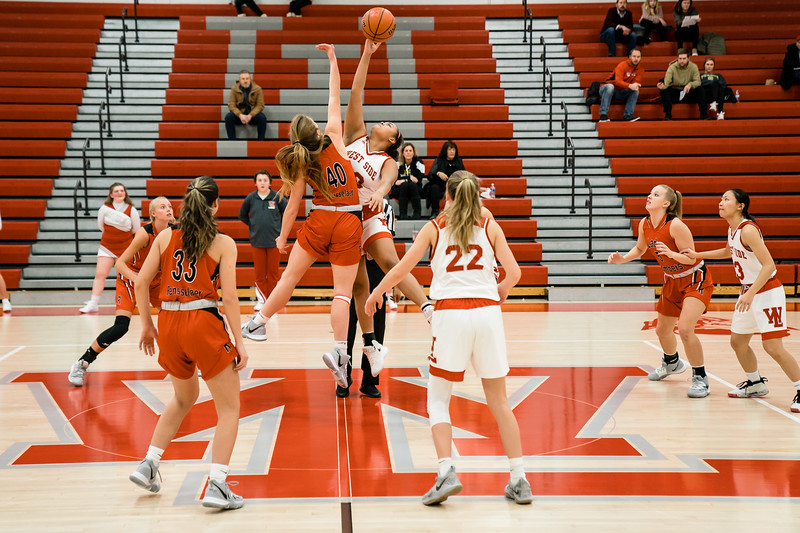 5. After making the starting lineup and huddle photos during a game I took my time heading back to the other end of the court with this photo in mind. One great thing about high school basketball is that you do not have to be in a certain place to make photos. You can change things up a bit. 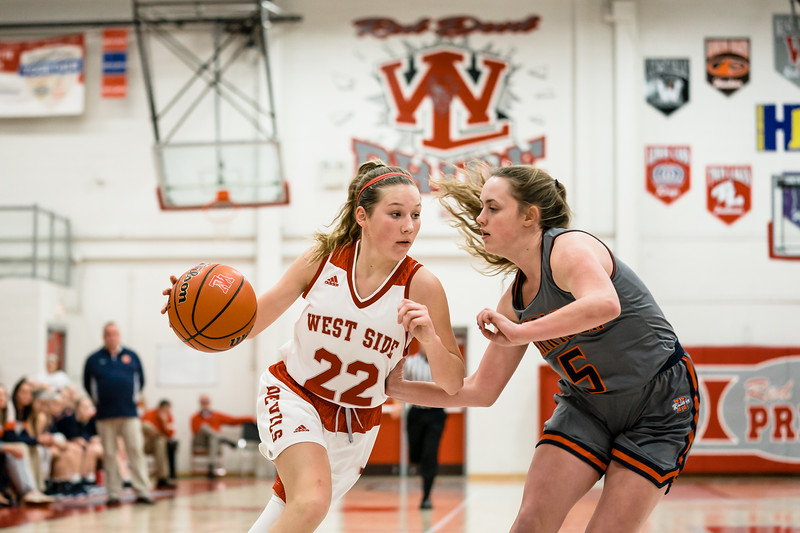 4. Another photo showcasing that wall in the background. I love the dribble photos as well. 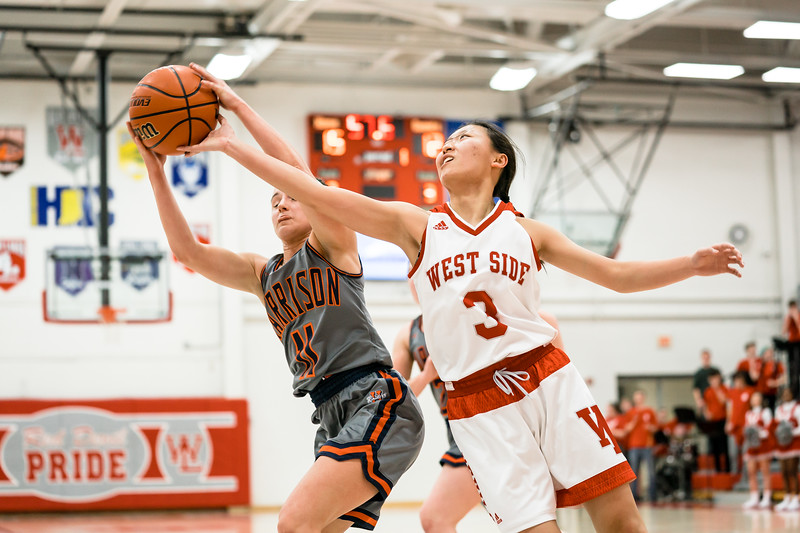 3. I love the effort by a senior on senior night getting a hand on this inbounds pass. Just the timing of it has made it a photo that I have liked since I saw it on the back of my camera. 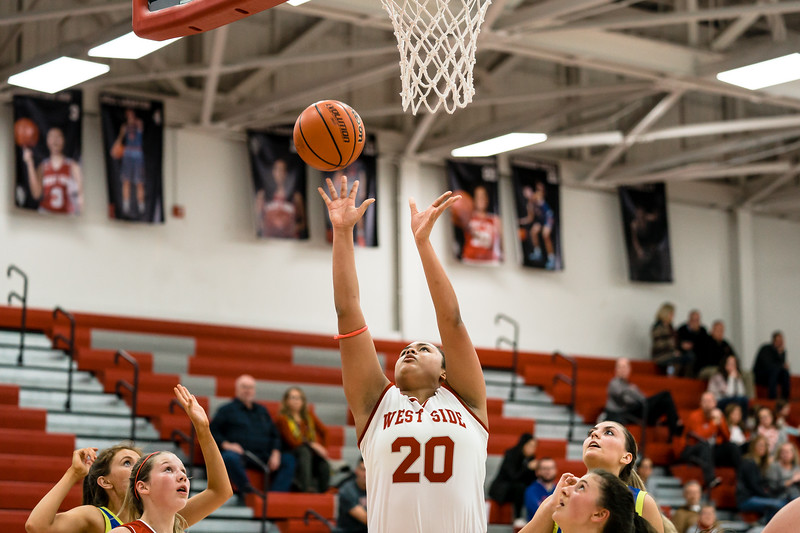 2. Alaina is also the all time leading scorer at West Side. Here she adds to that total head and shoulders above everyone else. I thought that it was  good metaphor for how she played the game. 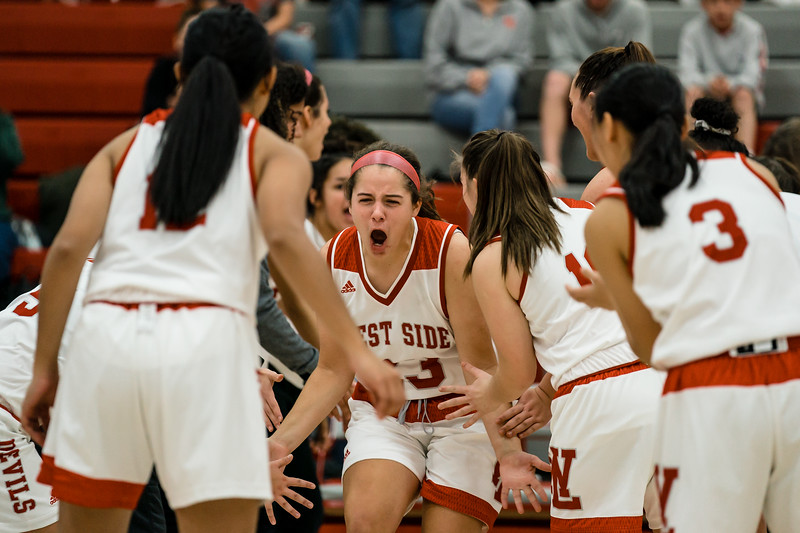 1. Here was a photo that I made during introductions before my first game of the year. As I said before I never intended to attend so many games, but that emotion that I saw before the game even started made me want to attend more. I really need to make sure that I have some time set aside next year to get to a few games again.