The King Of The Celery Bog Roars

As I was walking down the path at the Celery Bog I saw this piney squirrel letting all of the other animals of its kingdom know who was boss. This fierce creature is letting everyone know what dangers lurk if you cross his path. 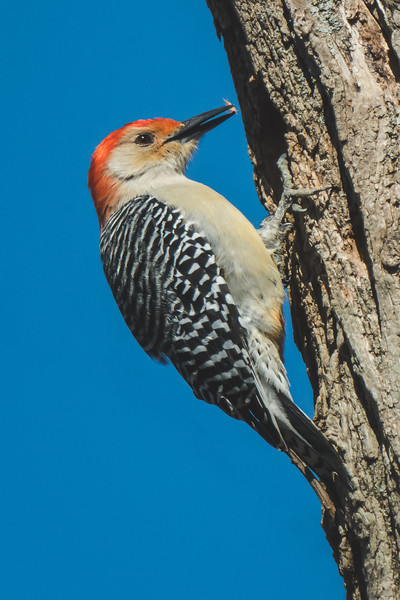 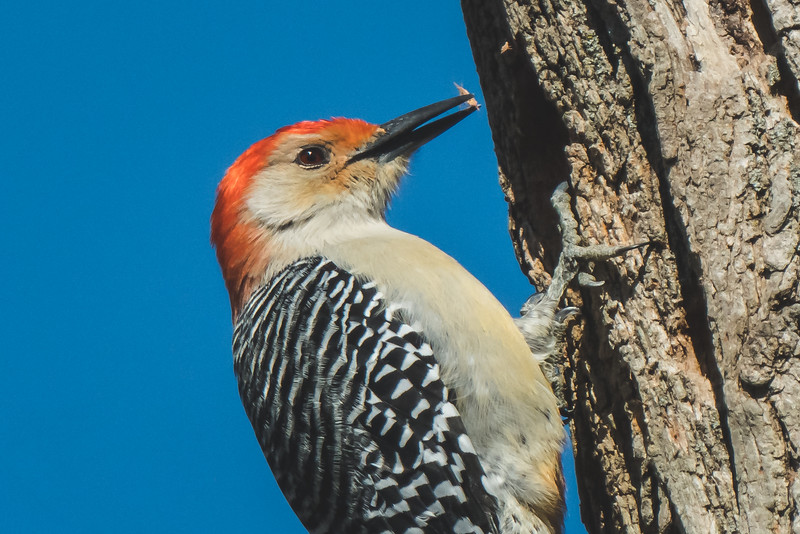 The Power Of The Sony A7R4

The 60mp of the Sony A7R4 are truly amazing. The top photo of the red-bellied woodpecker is a vertical crop of a horizontal frame. After that I even tightened it up a bit more. It still holds a tremendous amount of detail. Just for fun I went in and cropped that vertical horizontally to see if it would hold up. That is the photo on the bottom. This is a nearly 1:1 crop that really still holds up very well. You can tell that it has been cropped, but I could not come close to doing this with any other camera that I have ever had. I am really impressed with this camera. I still don’t trust it as much with birds in flight, but for birds on a stick this thing is amazing.

The Birds On The Water

I usually do not photograph the birds on the water too much. There are a couple of reasons for this. One is that they tend to be too far away for any kind of dynamic photo. On the trail you can bump into a bird and have a nice close encounter. That is not true with the water fowl. The other reason is how low I feel that I have to get to make a good photo. I don’t want to wallow in the mud for something that is not great. Every now and then though I will point my camera to the water as I wanted to document the cormorant that is still hanging around the bog. This thing looks prehistoric, and the feathers on the body even almost looks like scales! This thing is not the prettiest around, but it is fun to make photos of.

Taking What You Are Given

This time of the year you really cannot rely on coming away with a great photo of a certain bird when you walk out to the Celery Bog. You never know what you will find. I always just take what is given to me, but that is never more true than in the winter. You have to just explore and see what finds you. I spent nearly my entire walk around the bog not making any photos. Then about ten feet from the trail where I would walk out I found a few woodpeckers and a family of nuthatches that were playing nice. You never know when the photo may find you. It may find you after you have decided to call it a day.

3 Replies to “A Winter Walk At The Celery Bog”