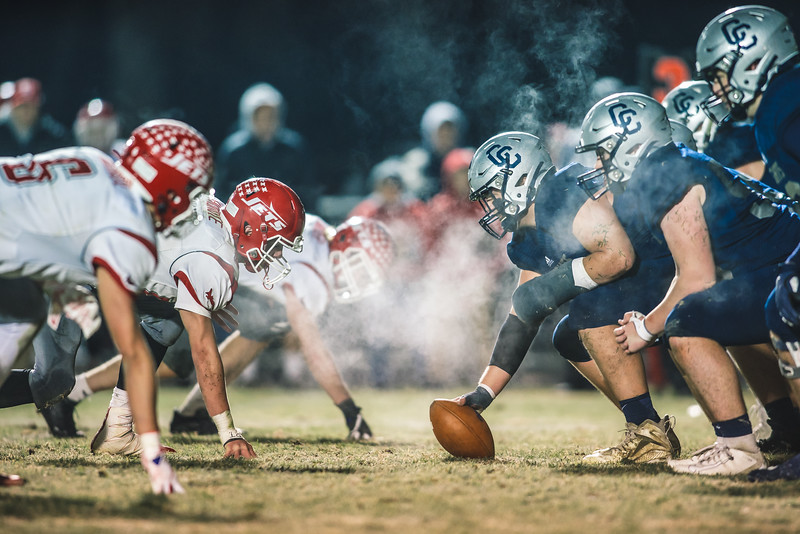 From square one I wanted to make a photo like the one above. It was cold out. I will talk a little more about that below. It was so cold that every breath that the athletes took was visible. I wanted a good photo to show this. I had some nice photos with the dark background making it more apparent, but this photo down the line just did it for me. This is where the game is won, and you can see the exertion that these men are putting out. At this level of high school sports many of them don’t come out of the game. They have steam coming from all over. It was the perfect game photo to show what the conditions were. 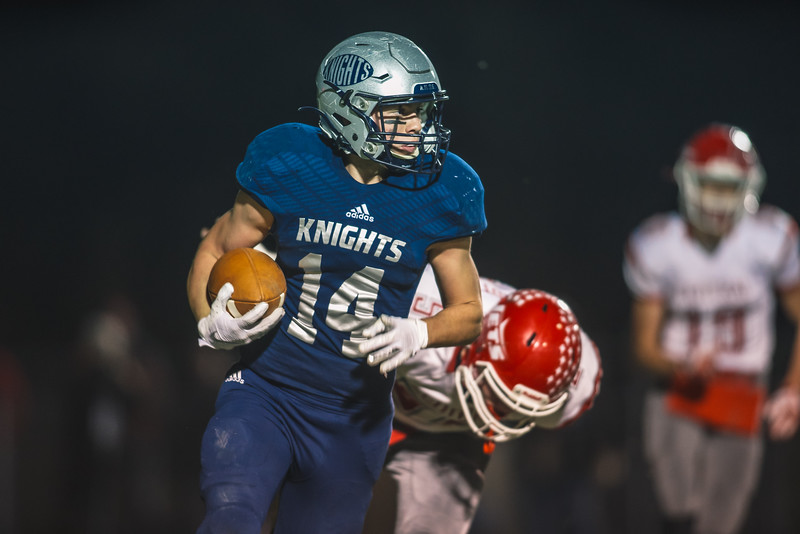 One More Game At Central Catholic

When I said that I was heading to Central Catholic to photograph their semi-state game my wife thought that I was crazy. I don’t get paid to be there, and it was just crazy cold out. It wasn’t so cold on the thermometer, but I had frost building up on my lens hood during the game. It was a cold that would go right into you. For most of the game though I didn’t feel it. I was having too much fun making photos. 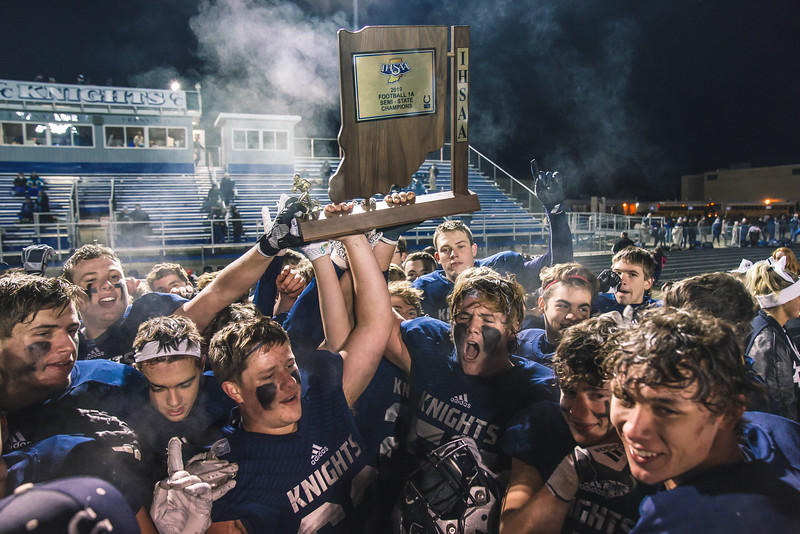 One thing that I had not tested out yet on the Sony A9ii was the anti-flicker mode. I am lucky in the fact that most of the venues that I photograph in are lit in such a way that I don’t have to worry about the phases of the lights. One place where I ran into it earlier this year was at Central Catholic during their football games. I wanted to take this camera there to see how it performed. The answer was amazing! The anti-flicker gave me nice clean exposures without the weird bands of light going through the photo. The downside was that you have to switch to mechanical shutter which takes you to only ten frames per second instead of 24. At the end of the day though it is worth it to have your frames clean. If I photographed in more venues with older lights this feature alone would make me buy this camera. 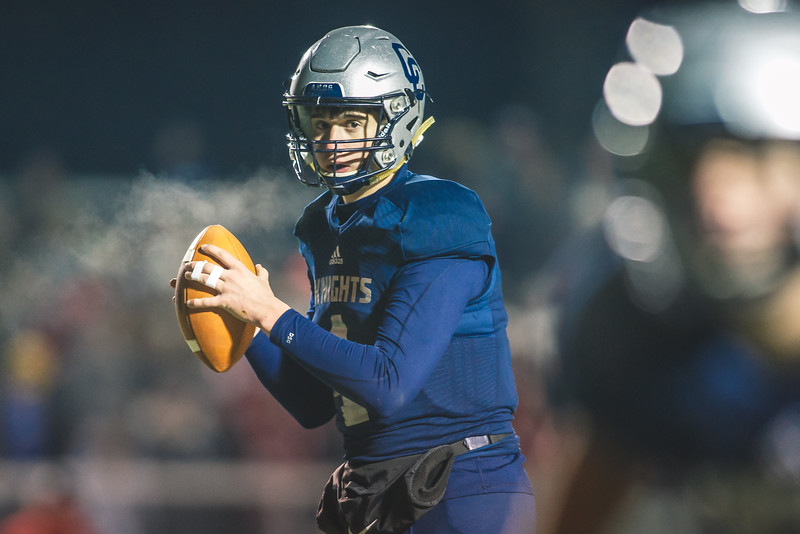 The Downside To Using The Sony A9ii

This has nothing to do with Sony. This has everything to do with Adobe. This weekend I realized just how much Adobe is a part of my workflow when they didn’t support this camera. Before being able to use their product I had to convert all of my images so that Lightroom could ‘see’ them. I think that I had around 350 that I wanted to look at, and that process of converting them took forever. As the process was in motion I realized that a better cull in PhotoMechanic would have taken the time down a little, but I am still getting the hang of this new process. I only have a couple of more days left with this camera, and this extra step will probably prevent me from using it more than I would have. In fact I probably would have just used the keeper program that LensRentals has to just keep the camera home with me. This whole ordeal did convince me to purchase Luminar 4. I am entrenched in the Adobe system. The fact that I am even thinking of ditching it just makes the decision to slowly roll out support for a camera that much more of a head scratcher. 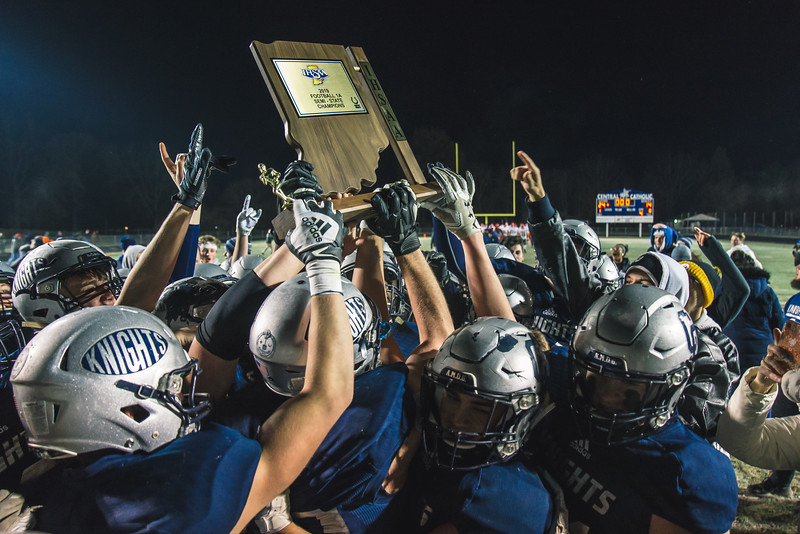 The End Of High School Football For Me

I love making high school football photos. This game was the last high school game that I will photograph this year. Every year I say that I will photograph more games, and every year ends with me wishing that I had been to more. As I type this I have one football game left this year. I don’t photograph pro football so the bucket game next week will be my last. It is hard to believe that football season is coming to a close. Games like this semi-state game though make it even harder to think of. These games are so much fun to photograph that you just want more. 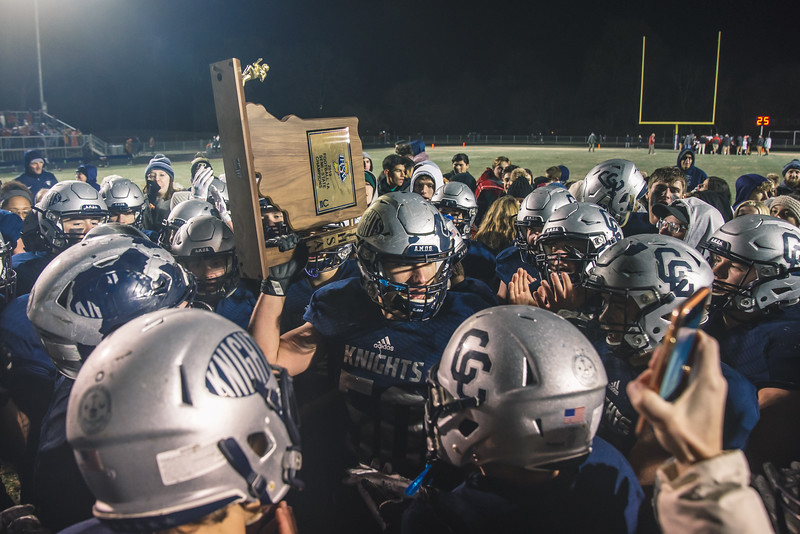 Here is a link to my full gallery from the game. The gallery is open and you can feel free to download anything that you like. If you are so inclined the photos can also be purchased as well. 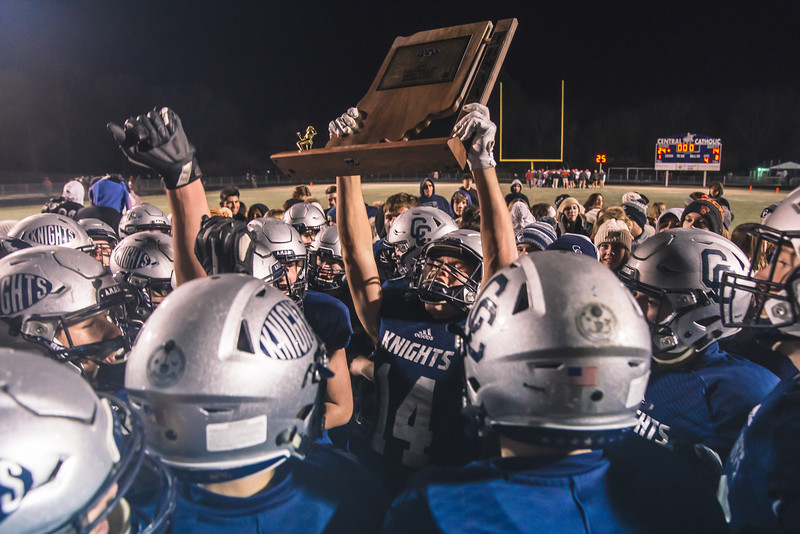 If you have read this blog then you know that my favorite part of the game is the emotion. With time winding down I had already ditched my 400mm lens to just have me wide on me. I think that I made as many photos after the game as I did during the game. At the end of the day these are the photos that I will remember instead of the game action stuff.

2 Replies to “Central Catholic Football Is Going To State!”