My 19 Favorite Photos From The 2019 Soccer Season

Soccer season always seems to fly by. Soccer is the first college sport that I photograph every season. It marks the beginning of my year. It then is always the first to end as well. This was a fun season for me. I was able to get out and photograph a few games. Purdue was good as well getting some big wins while I was at the games. Those kind of wins make for good images. Below are my 19 favorite images from this past soccer season.

19. Sometimes a play just happens that looks cool. If you took the ball out of the photo here then you would have something that looks more like it is out of a dance class. The grace with which this ball was kicked makes for an interesting photo. 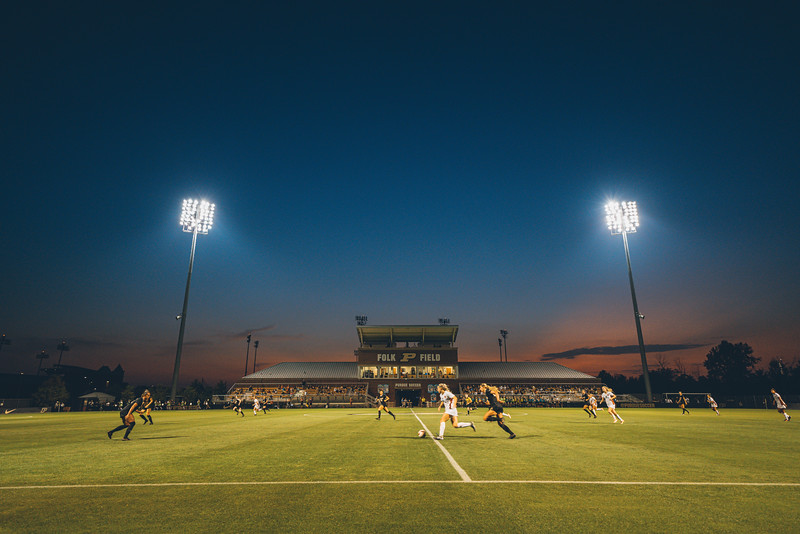 18. This was the first year that I really don’t have a great Folk Field sunset photo. Whenever the conditions looked great to make one something happened and it fizzled out. This was my favorite photo made at sunset this year. 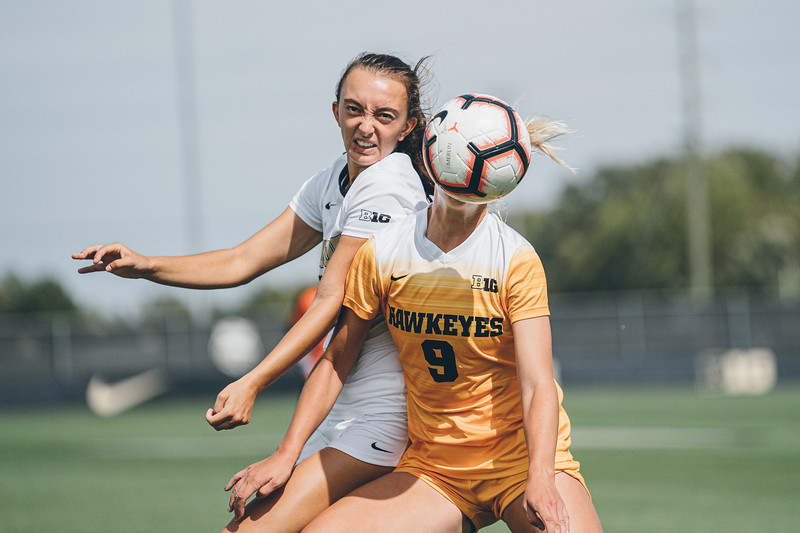 17. This photo is on here more for the fun element of it. The timing of the photo is perfect, but that is due more to luck than anything else. 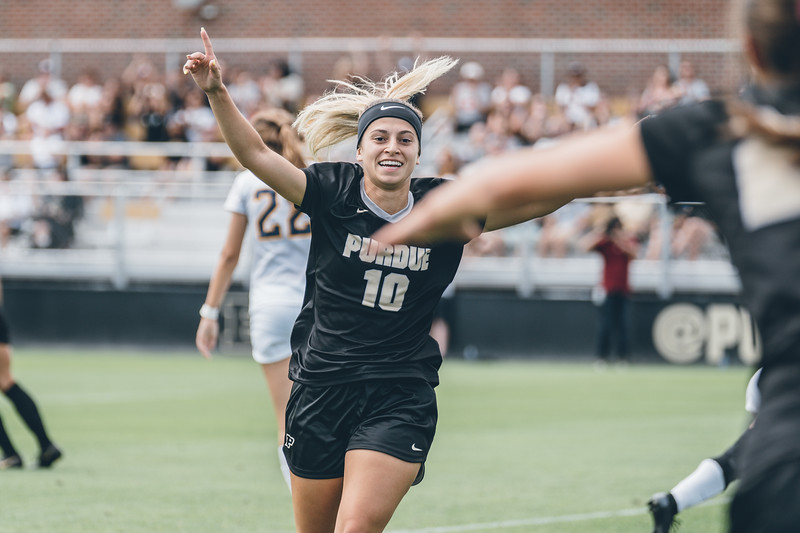 16. More often than not the person that scores the goal turns away from me. I end up making the photo of the people coming in to celebrate the goal. No matter where I move that seems to be the case. This is one of those times, but the jube is still good.

15. I love the battles for the ball in soccer. I always hear that you need to have the ball in the picture to tell the story. In soccer sometimes this battle can tell a lot of the story. This is my favorite of those battle pictures from this past year. 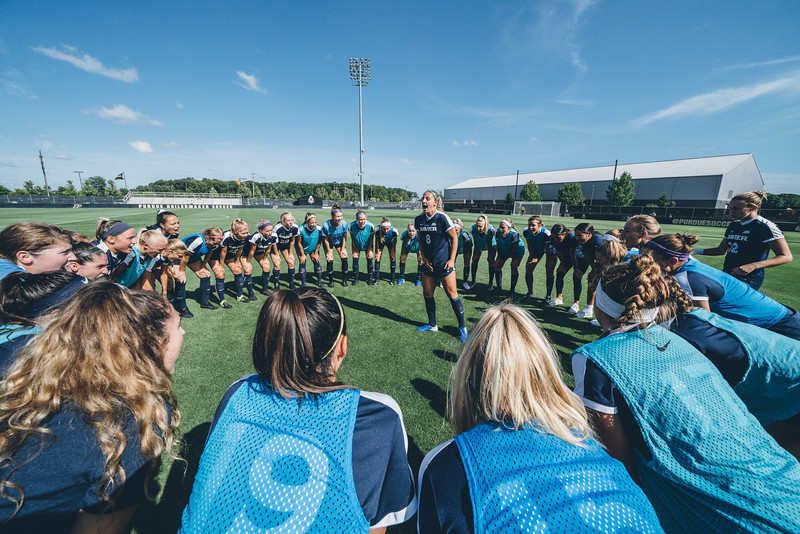 14. Early in the season I took my new Sony 12-24mm lens out to try it out. I was hoping for a good pregame photo with it. I loved the way that it helped me capture the scene up above as Xavier prepared for their game.

13. This is another photo that is on here more for the moment than anything else. Soccer is a much rougher sport than I used to realize that it was. There are hard hits coming from every angle. When you are racing to the ball sometimes the ball finds you first. This is one of those times.

12. This shot just works for me for some reason. I love the scoreboard in the background for a couple of reasons. The first is that it shows that Purdue just won the game. The second is because of the warm color that it brings to the photo.

11. This is another time when the person that scores the goal is not facing me. The photo still works though because of the teammates. The dejected players for the opposing team framing the celebration also make it for me.

10. I have my 70-200mm lens with me at the games for moments like this one. The action is a little closer than I normally make photos of it, and it just adds a different look to the gallery. 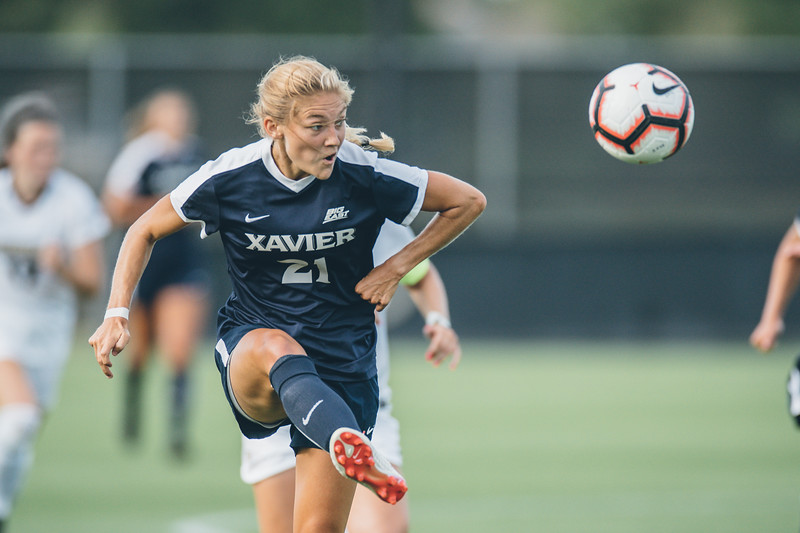 9. These athletes do amazing things. While on the run this player for Xavier redirected the ball towards the goal. I like the fact that I can have a tighter crop when the ball is higher in the frame. That brings you into the play a little better.

8. This photo is what I love about soccer celebrations. You have the team celebrating in the foreground with the opponent in the background looking dejected. The early celebration from this goal will show up later in the countdown. 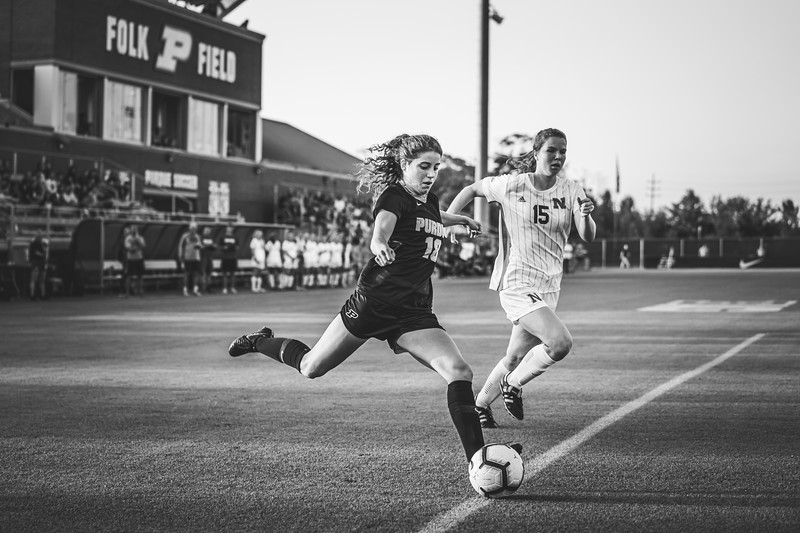 7. For some reason I have always liked this photo. Folk Field is a great place to make soccer photos. I think that this photo shows off the main stands very well.

6. This was a great goal celebration. After scoring her goal this player looked as if she didn’t believe it. She was looking for teammates to celebrate with, and it gave me the rare photo of the player that scored the goal celebrating.

5. Sometimes things work out where you can make the photo of the player that scored the goal. This great celebration was right after a big goal. The way that they came together made for a great photo for me. I was off to the side so it all worked out.

4. This was the moment just before the photo that came in at #8. I love the sheer joy her transposed with the Kansas player that went to the ground. It tells such a story.

3. This was my favorite header photo of the year. It was more of a redirect, but I will take it. I love it when they happen close enough to me that I can make a good photo of it. These are not the easiest photos to make so when it goes right then you are very pleased.

2. This is my favorite Folk Field photo of the year. The sun was going down, and very soon it would be behind that large cloud. The cloud would make my dream of a good sunset go away. This still was a nice photo though as it shows off the beautiful facilities at Purdue.