Wednesday night my college basketball season officially began with the Green Bay game at Purdue. The season opener was the first of three straight games that I will photograph in Mackey for the opponents. It is always weird photographing the team that is playing Purdue. You want your team to have some sort of success because that makes for good photos. You are not supposed to openly root for your team, but inside I always want my team that I am photographing to do well. When that is against Purdue it feels weird, but at the end of the day I need to make my photos.

I love it when a play looks like another sport. This reminded me more of a football play than a basketball play. With no football on my schedule this week this is the closest that I will get to football.

If you have ever watched a Purdue game live then you have heard Purdue head coach Matt Painter yelling for his players to move. I really wanted to give the Purdue video guy a taste of the Matt Painter treatment. You can always tell the new guy on the crew by how close they get to the court. I could save this photo for me by cropping it vertical, but for my client it was a potentially great photo that was ruined by a camera man running into the frame.

When I made the switch to Sony I knew that I wanted to have a 24-70mm f/2.8 lens by the start of basketball season. This is my go to basketball lens, and the photos just don’t look the same with the 24-105 f/4. That extra stop of light it pretty important indoors. A few extra jobs on the side helped me achieve my goal of having this lens by opening night. It is always nice to have a new piece of gear, but when it is functional it is even better.

One thing that is great this basketball season is the fact that I am using two Sony A9 cameras on the baseline. In the past I have had one real sports camera and one slower camera. I would have to swap lenses or just use the slower camera half of the time. Having two flagship cameras to use really makes it fun and easy to switch looks during the game. Gear doesn’t make you a better photographer. That is always true. Having the tools to accomplish your vision though is always a great thing. 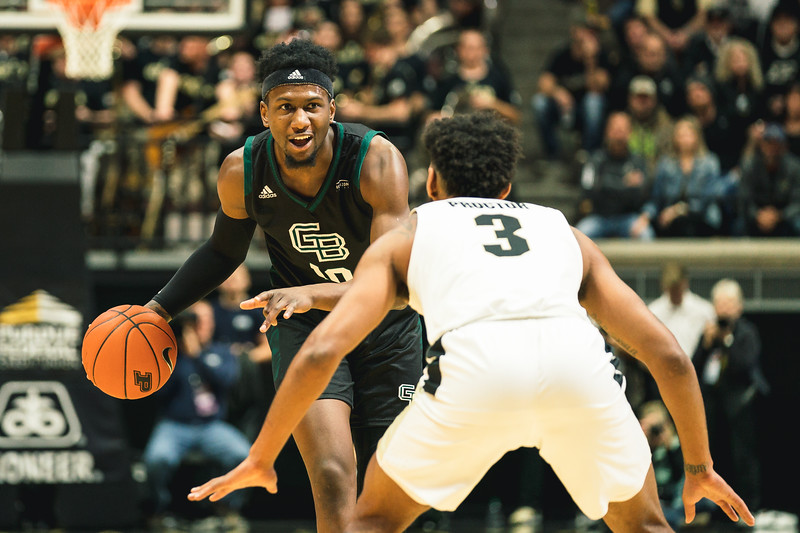 Matt Haarms just seemed to photobomb me a lot Wednesday night. I was not there to photograph Purdue, but when a player is in front of you emoting like this you have to make a photo of it.