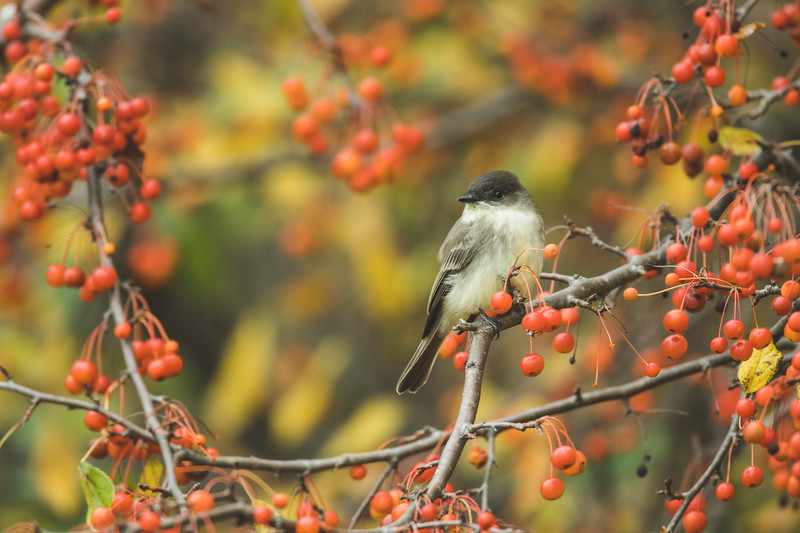 Taking The Sony A7R IV Back To The Celery Bog

When I wrote my post about my walk Tuesday morning it was done with the impression that I wouldn’t take the Sony A7R4 back out to the Celery Bog when I went again Thursday. I felt at the time like I just missed a couple of shots because of the camera. The autofocus just doesn’t seem to be where the Sony A9 is. After looking at a couple of the times that it really hit though I decided to take it back out. When I was on the money with focus (and had good technique) the Sony A7R4 produced an incredible file. A file that had so much detail in it. The feathers were just popping out to me. I had to take the camera out for at least one more try. I always so that I just want one good photo from each trip out to the bog.

When One Good Photo Turns Into More

When I came out of the woods I only had one good photo. That is the photo that leads this post off. It is a nice photo of an Eastern Phoebe. I really wanted something else though. Something with a little color. I walked around the paved trail to the back end of the bog to see what I could find there. A week or so ago I had some great luck with a blue heron back there. The spot where the heron was last week was empty when I came up, but one fly in right away to give me another good show I thought. The water was full of nice reflections of the fall leaves so I thought that I had really lucked out. As I started to move down to get a lower angle the heron took off! No heron photos for me from this day I guess. I was on my knees, and I pivoted around to see what was making noise behind me. I found a few sparrows, a couple of yellow-rumped warblers, and this Tennessee Warbler. It looks like the last of the colorful warblers this year will be the Nashville and Tennessee warblers. On Tuesday I saw both, but only got a great look at the Nashville. On Thursday it was the same except it was this Tennessee that put on a show for me. It is always nice to make a nice photo after just missing out on something.

I Am Ready For My Closeup

A lot of people in the area don’t stop for yellow-rumped warblers. I am an opportunist. I will make photos of any bird that presents itself. I was waiting maybe a bit too long for a yellow rump to find a better perch when I heard a familiar sound to my left. I turned slightly and saw this Tufted Titmouse just hanging out right at the edge of my focal range. I slowly turned my camera to make a few photos of it. It just kept staring at me giving me a great look at this bird that does not always let you make photos of it. I made my photos, and then just watched it for a while. It checked the leaves for food and then flew off. It was the last photo that I made on my trip, and maybe my favorite. I love it when the unexpected happens.

A Big Thank You

A couple of days ago I had enough views on this blog to make it the most viewed October ever. That is saying something because there have been more Octobers on here than any other month since this is the month that the blog was started. Also this week the blog passed the last three years in total viewership. All three years were very close to each other, but it is pretty special to get by them in October. I don’t live and die by the views on the blog, but it is a nice indication of how I am doing. I actually enjoy it when someone is reading what I am writing. Thanks for coming by and reading!