I could always use more practice making pictures of birds in flight. It helps me train my hand eye skills so that when I am tracking a football downfield I can do it with more accuracy. While I was in the trail another photographer came up and said that a rare gull was on the other side of the pond. I could easily see it if I wanted to by walking the bridge up against the road. I decided to take a look because there are some great opportunities to get at eye level with some birds on the way. It would be worth it just to change my scenery. At the end of the day it was a more common gull, but it was still worth the walk. Being up on the bridge let me be more at eye level with the bird too which always makes for better photos.

On my way to the bridge I found myself stalling at points because as I said once up by the road I was at eye level with where birds could be. This Tennessee warbler was just posing for me, but I was not getting the photograph that I wanted. Then it moved a little closer and gave me this pose. This is what I was waiting for, and it made the entire trip well worth it. I love it when they pose on a branch with no obstructions. It actually moved about a foot closer to me on a great perch, but it was too close, and my camera could not focus on it. I just watched the bird for a while.

Another Cape May Warbler

On my way to the car I walked on the bike path to get a different look. A week or so ago I saw a Cape May warbler there. On Tuesday I saw another one at about the same spot on the path. This was a female though. They are great looking birds, and with the lit up fall background it made for an interesting photo.

This fall I have enjoyed seeing the Carolina Chickadee because they have been leading the warblers through the bog. This one though kept feeding right in front of me. I had some obstructions, but if things worked out just right I had an opportunity to make some nice photos. As I was watching this one feed it appeared to smile at me. I don’t know what else it could have been doing. I had to look to see if my fly was down. 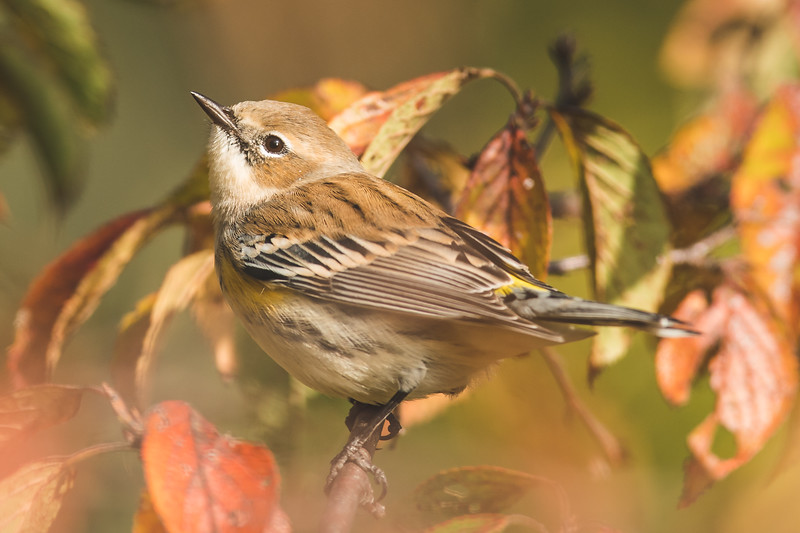 Right now there are so many of these birds that they can get overlooked. When I run into another birder/photographer they always act annoyed that these birds are coming right up to them to be photographed. In a couple of months when everything is brown and gray these little guys will seem pretty cool. I don’t go out of my way to make photos of these birds, but when they do something interesting I will make a photo of them. 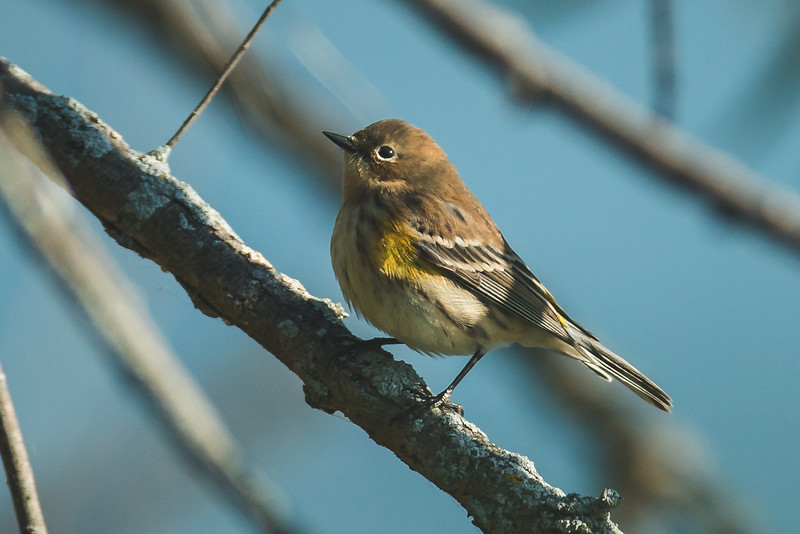 Being Open To Things

One thing that I am learning by doing this is that by being open and just letting things come to me I am having more luck finding cool birds and good perches. When I see a nice area to make a photo I will just stop and let the birds come to me. If you are chasing birds and forcing the issue then you may just find your bird, but in bad light. The way that I do it I find my birds as they come through a place that I have chose. It seems to really help me come away with photos that I like from my day out.

Yesterday I posted a few tips on making better bird photos. They are not anything too groundbreaking, but they are ten things that I wish that I had known when I started making bird photos. You can see that post here.