This photographic journey for me really started in 2011. Just before I moved to West Lafayette I used a GroupOn for a photography class in Chicago. It was at that class that things clicked for me (pun maybe intended). It was during a break in that class that I got the call that I may have a job in West Lafayette as well. My move would soon happen. I had just bought a new camera in October of 2011, and I wanted a way to show off my amazing work (it was not) as well as a way to get even better. I started this blog with the idea of it lasting just one year. I would make and post a photo a day for the duration of that year. That was a challenge that helped me develop an eye for finding photos. No matter what I had to post a photo a day. Some days that became a real challenge. Other days it was very easy to do. The first blog post was on October 7, 2011. It was an amazing action shot (just kidding) of Central Catholic star player Danny Anthrop. You can read that post here. I thought that the photo was Sports Illustrated worthy. Of course looking at it now I cringe. I was trying to stop action at 1/250th of a second and photographing at 6400 ISO. It was a start though. Before I knew it I was on the field at Purdue photographing Danny as a member of Purdue. It has become kind of a tradition of posting a photo of an Anthrop on this site every year since then. The photo above is of Danny’s younger brother Jackson before the Purdue game a couple of weeks ago. Danny is now a policeman for Lafayette using that athleticism to keep the streets safe. Maybe for the ten year anniversary of the blog I can make a portrait of the policeman for the photo that day. 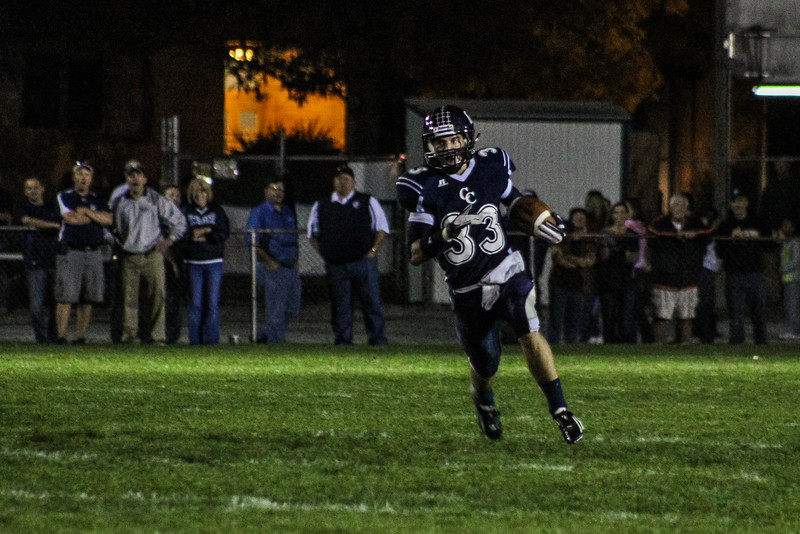 It is hard to believe that eight years ago today I was sitting down to write the first post here. This has become such a routine that I don’t really think about it anymore. This little blog has done a lot for me. It has helped get me a little attention that has helped me get the jobs that I have wanted to get. It has also forced me to become a better photographer. Looking back at those early photos I almost had to get better than that. Shortly after starting this blog I found HDR photography. Putting those two together was a huge mistake. Who can forget day 43 when I posted the image of a pizza made better through HDR? Some photos though I still love. The photo of Robert Marve from on the field after Purdue defeated Ohio State on day 37 is one of those. I ran onto the field with the other fans because that is the only way I could get down there. When Purdue upset Ohio State last year with me on the field I had a moment thinking about the fact that I was on the field for that, and I was supposed to be there. Every now and then I play a little blog roulette and I picked a random month from the past to look at. I cringe at most of the photos, but it is a good lesson in how you progress. I have toyed with the idea of getting rid of all of the bad stuff that is on here. It can make me look bad if you don’t know the story. I like the idea of showing the progression though. This wasn’t a fast journey. It took time and a lot of clicks of my shutter. I am still not to the end of that journey either. I have a long way to go. At some point I will look back and wince at the photos that I am making today.

The best day of this blog was still that day in 2013 when I posted a photo of Ross Ade Stadium that I made from my seat. That was an interesting time for me. I was expecting my daughter in a few days. I never had a photo really go viral before so I had no idea what to expect. Thanks to this blog though I was on the field for the next home game of the season. I have come close to that record since then, but never past it. It is weird to have peaked six years ago. Back then this was the only way that I shared my images. Now I have so many ways that the images are seen before they hit the blog that they have already become a little old by then. It is good to have a number to go after as well.