The Last Stand For Loeb Stadium

We are now entering the last days of Loeb Stadium. This is such a cool place to make photos. There are no other stadiums that I shoot at that are like this. The light and the dust in the air just seems to make the photos themselves. As I write this I know that I will be at two of the remaining games at least. I bet that I end up at the other game just to be there. The new stadium will look great, but the charm of the baseball that is played at this version of the stadium will be gone.

Portraits With The 600mm

I took the Canon 600mm lens to the Aviators games for the first time Thursday night. Being farther away making portraits allows you to have some fun pregame. You can get more candid images than if you are right up in the players face. I love shots showing the players in their natural state. I don’t like it when they pose for me. The 600 allows me to get what I want without interfering with the pregame rituals. 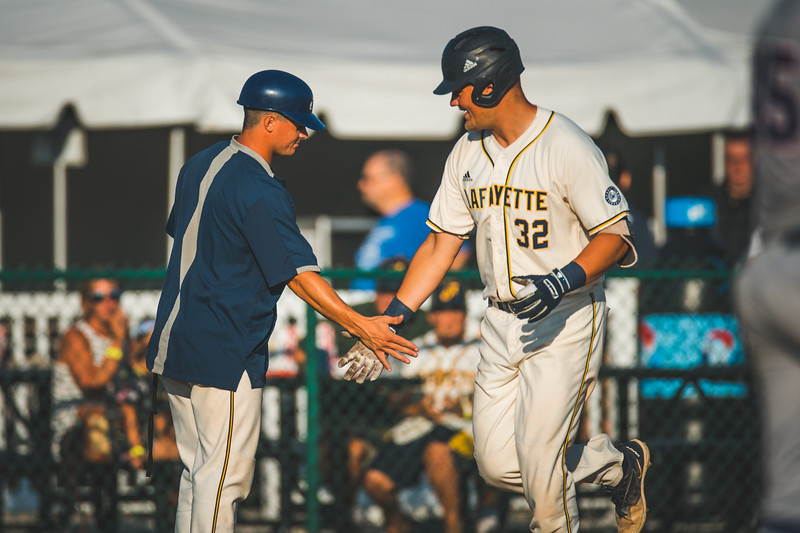 Chris Monroe has had a heck of a season for Lafayette. He brings power and a plate presence to the lineup. On Wednesday he set the club season hit total, and he added to that on Thursday. Both days included a home run in the first inning. As I walked out of the stadium I saw the ball from the home run sitting in the road. My daughter now has a cool souvenir from a great season. 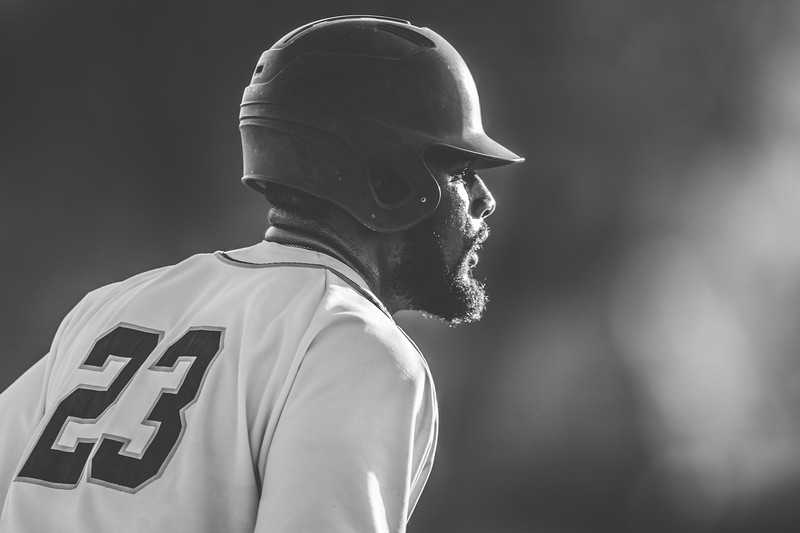 I absolutely love the late day light at Loeb. It comes in and makes everything look better. Here is gives me a nice rim light for a quick portrait session with a player getting a lead off of third base. The bigger the stadium, the less of this light that you get. If you are lucky you get pockets of it. At Loeb there is no wall of seats to block it so you get the full golden hour to play.

Here is another fun shot from the night. The dusty field and the golden light allow you to see the pitch hit the mitt of the catcher. I spent more time on Thursday against the light for this reason. The golden light on the players looks great. I did that on Wednesday. By shooting into the light I was able to get some cool little moments like the one above.