The Neil Armstrong Legacy At Purdue

It is not hard to see the legacy that Neil Armstrong left at Purdue. As you approach campus from the North you can see the building named after him with a larger than life statue of him out front. One of the greatest feats in American history has a great Purdue tie to it. The space program itself has a lot of Purdue influence on it which is pretty cool. Today though we celebrate one of the biggest achievements in spaceflight which is Neil Armstrong setting foot on the moon. It is amazing just how fast the country went from John F. Kennedy announcing that we would go to the moon to actually doing it. It wasn’t without some setbacks. Two Purdue alums lost their lives early in the Apollo program to help make Neil’s landing possible. The fact that we set foot on the moon in just a decade shows that as a country we can do anything that we set our mind to. Wouldn’t it be amazing if we could all get behind an idea like that again? 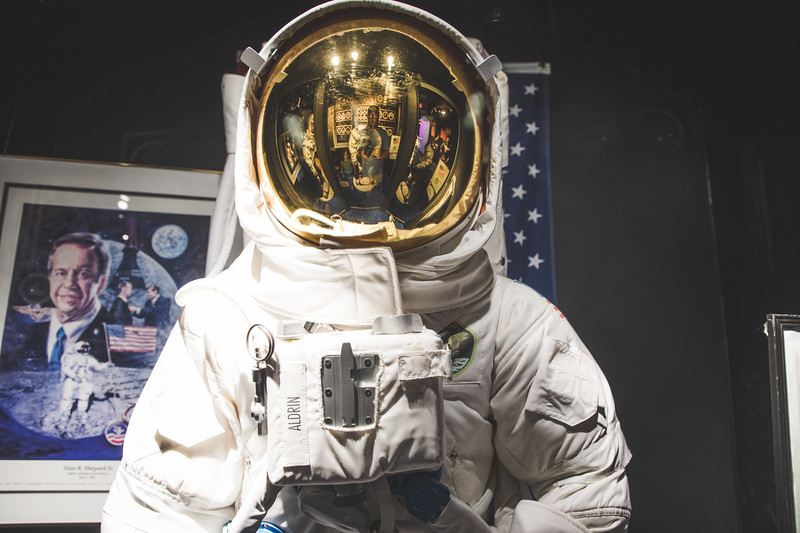 The Other Man On The Moon

There were actually two men that were the first to land on the moon. With Michael Collins waiting for them above, Neil and Buzz Aldrin made their way to the moon. Neil is the first to set foot on it, but they both landed together. While in Ocean City, Maryland this past week I made this photo of the spacesuit that Buzz wore. I couldn’t believe that such a piece of history was at the Ripley’s museum in Ocean City.

Portraits Of The Moon

With the anniversary of the moon landing coming up I was really thinking about making photos of the moon. I don’t like the full moon photo though. It looks a lot like a portrait made with just a light glaring into the subject from the front. I like a little side light here. Using some Rembrandt light makes the craters looks even deeper.