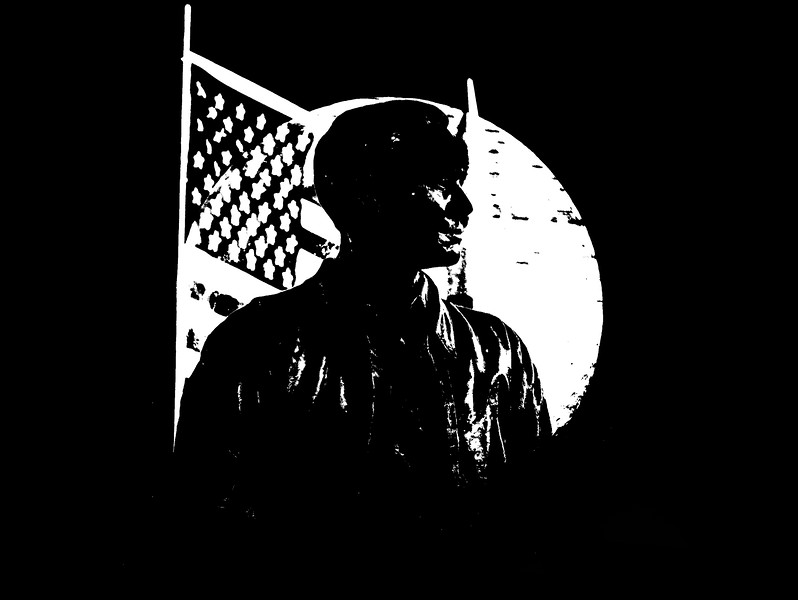 From an early age I knew about the moon landing and many details about it. It happened on my father’s 25th birthday. NASA decided to commemorate that date with their biggest achievement. We still have records that were distributed at the time with audio from the lunar landing and detailed maps showing just how it was done. Later in life of course I came to Purdue University where the man himself Neil Armstrong went to school. Whenever I see the statue of Neil it reminds me of my father. This is the 50th anniversary of the lunar landing, but it is also my father’s 75th birthday. I love how these two events come together.

This is far out of my comfort zone. I knew that I wanted to do something special for this event, but I was not sure what I could do. I decided to try something new in photoshop. I took an image that I made in 2012 just after Neil’s passing and combined it with an image of the moon that I made earlier this year. I like the graphic nature of the effort. Also worth noting is the fact that it really shows my gear progression. The initial image of the statue was made with my Canon 60D and the Canon 70-200mm v1 lens that I was renting at the time. The moon image was made with my Canon 1DX and my 600mm lens with the 2x extender on it. I love the way that old and new came together here.