Ohio State and McNeese Put On A Show

Before my game Saturday night there was an elimination game going on. I really wanted to go and shoot it as well, but with the heat I thought that it was best to just sit in my hotel room and watch it on TV. As it started to get good late I really wanted to walk over. I did go over with the team, and I thought that I would be there just in time for what I hoped was an eventful ninth inning. It was not. In fact the game went 13 innings with Ohio State pulling out the win. I spent most of the five innings that I watched the game in the stands down the 3rd base line. I thought that any big play might look good from that angle, and I didn’t want to get in the way of the working photogs on the field. With the final out about to be recorded though I moved over to the first base side to get the pitchers reaction. He had just turned in a great performance and I knew that he would emote. He gave me just what I was hoping for. 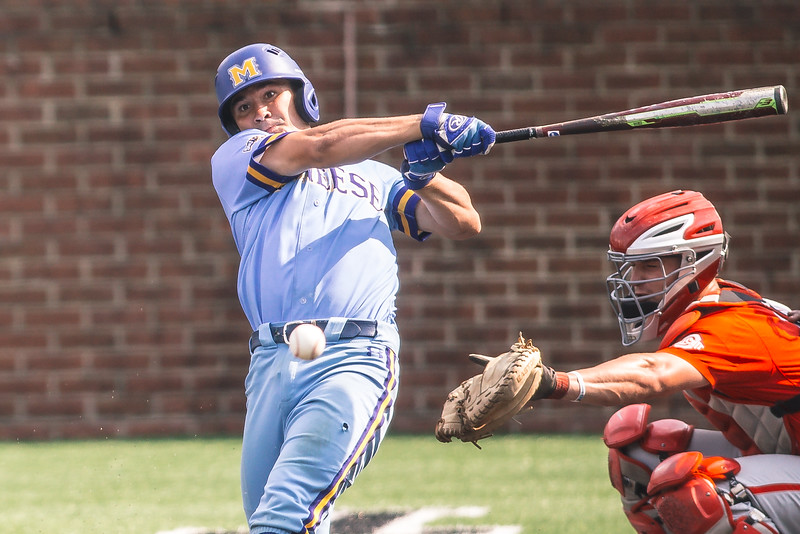 I like this photo because it looks like the batter and the catcher are not line up properly. Sometimes anything different in a tournament is better.

Is This The Brewers?

Photographing McNeese in these baby blue uniforms made me feel like I was photographing the Brewers or the Seattle Pilots. These are probably not a real throwback, but they felt like it to me. It was worth getting out there and shooting for a while before my game to make some images of these.

Click here to see my favorite photos from last week on my Exposure page.