For a while now I have wanted to see at game at the Nashville Sounds ballpark. When I was in Nashville in 2016 I had a small window where it could have happened, but the rain came in and made sure that it didn’t. This is a cool, unique park that I knew would photograph well. For some reason I was just not into photographing the game. Paying $25 to park to shoot for free might be the reason that I was just not feeling it. I made some photos that I liked, but I ended up leaving before the game was over. I was just not feeling it. I had stuff in the car to photograph the postgame fireworks with, but being parked so far away from the stadium just made it not seem worth it.

A few years ago with crappy equipment I used to make photographs of Matt Davidson as he played for the South Bend Silverhawks in the Midwest League. Since that time Matt has played in the Major Leagues including some time for my White Sox. It is always neat to get a chance to see guys that you have followed for a while.

Son Of A Son Of An Expo

Another big draw to photograph the game was seeing Delino Deshields Jr. playing. I can still remember being a kid and trading for his dads cards as he was a top prospect. Delino Jr. is another top prospect that really looks the part of someone that can play at the next level.

Two ballparks stood on this ground about 50 years apart. First Tennessee Park does a great job of honoring the past with this way to show where the Sulphur Dell once stood. With the light just right it seemed like the perfect time to make this photo. With the great sky I decided to make the photo below as well as I was leaving the park. 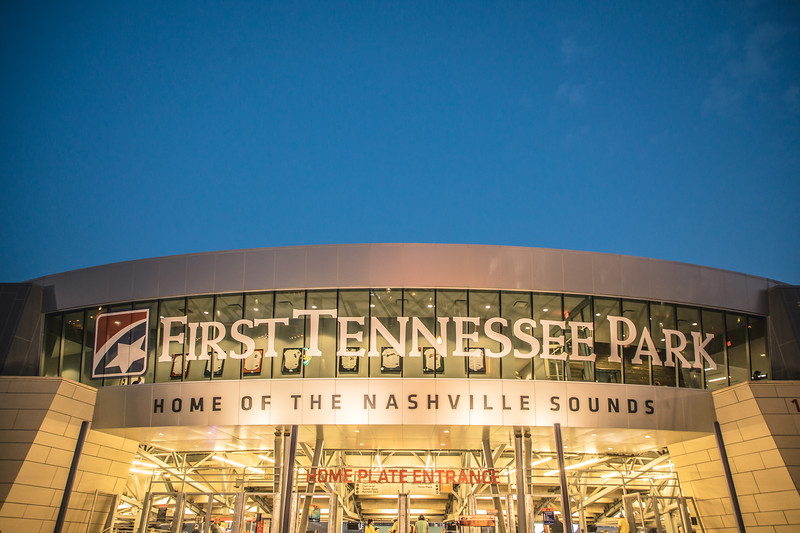 Last week was all about baseball. Besides some storm pictures on Monday my week was full of baseball. From Wednesday until Sunday I shot nine games. It was a great week for me, and I hope that it shows in my weekly look back that you can see here.