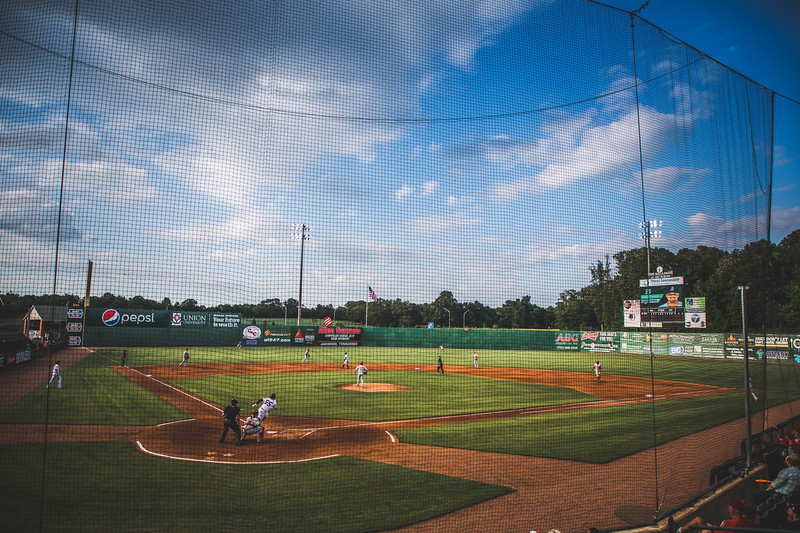 Part of the fun of this trip to cover Indiana State was the fact that I could also see a couple of minor league games along the way. I saw a pitchers duel in Indianapolis on the way down, and my first real night in Tennessee I saw a great pitching performance in Jackson. I love exploring minor league ballparks. They are all so different. This one in Jackson had some really cool features that made for a cool visit.

A big draw besides the park in heading to Jackson was seeing former Indiana State infielder Andy Young play. The night before I came to the park Andy hit a bomb that the teams Twitter feed said landed on the highway far outside of the left field fence. I would have loved to have seen that bomb. Andy was part of the first Sycamore teams that I covered. It is always good to see those young men climbing the ladder towards the majors.

Most people would probably introduce Daulton Varsho as the son of Gary. I would say that he is the brother of Andie who was one of the best hitters that I have ever seen come through Purdue softball. I would assume that Daulton is named after the Phillies catcher which is pretty cool too. Names aside Daulton came in to pinch hit, and really put his mark on the game. He singled, stole second, and then scored on a hit. That is the kind of hustle that you like to see.

This trip has been all about pitching so far. This game was no different. The Generals shut out the Lookouts mostly because of the strong start by pitcher Connor Grey. In fact it was pretty deep into the game before the Lookouts even managed a hit. I thought that maybe I had lucked into seeing a no-no. That will come someday. With a pitching gem comes a short game. This game was played in two hours and twelve minutes. I was only going to shoot the first two hours or so until the light was bad and leave. I never had that problem as the game moved so quickly.