Last night was a heck of a ballgame with two pitchers matching each other pitch for pitch. In the end Patrick Smith won the duel as well as the Boilers. This time of the year a quick 1-0 game is good because you never know what the weather will bring. A mist fell for most of the last innings of the game, and a heavy rain was bearing down on West Lafayette. 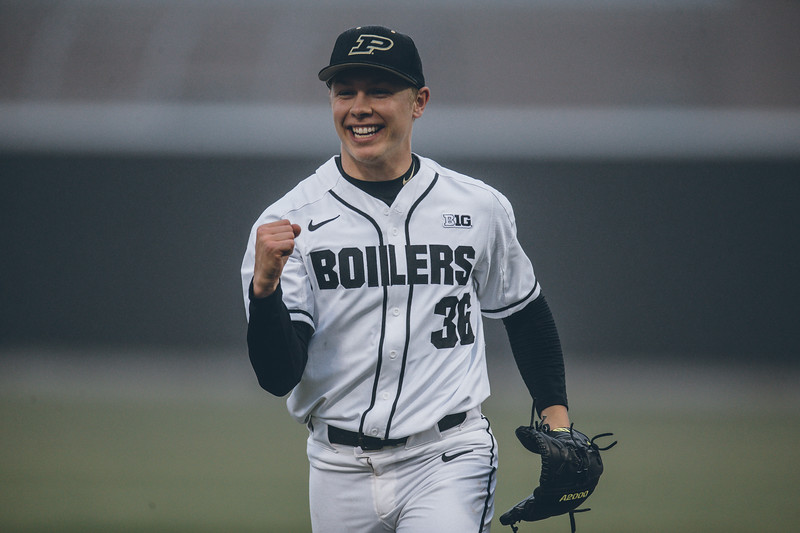 In the eighth inning with a runner on third Trent Johnson was called in to the game. I don’t know what they told him on the mound, but it worked. He retired the two, three, and four batters in order to preserve the lead. If that run had scored this game had the feel of one that could go all night. With rain coming soon that would have been a bad thing. It was a huge three outs, and the emotion after getting those three was just what you would think it would be. 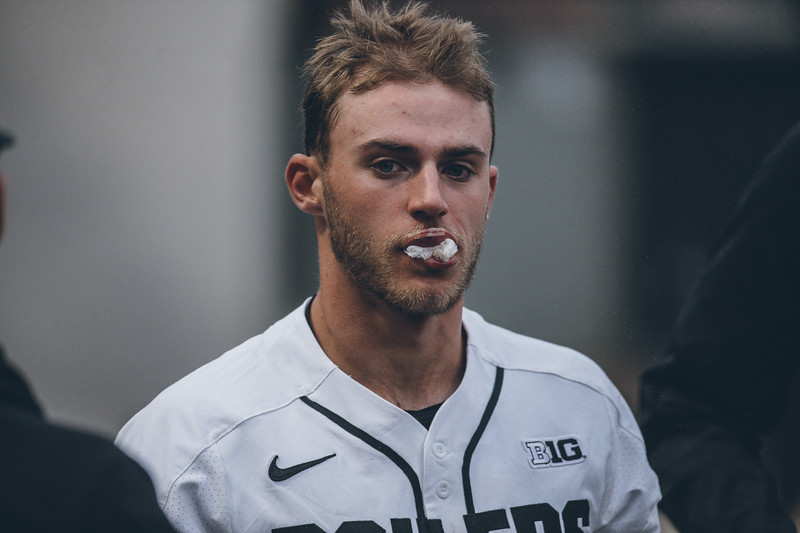 Owen Jansen drove in the winning run last night. His most memorable moment though was later in the game. He was hit in the face with a pitch, and stayed in the game. As they were looking at him initially he flashed a smile to his teammates with a couple of teeth missing. The story is that he told the trainer to stitch him up between innings before jogging down to first to take his base. He never left the game. I have seen some tough displays in baseball, but this one is at the top of the list. 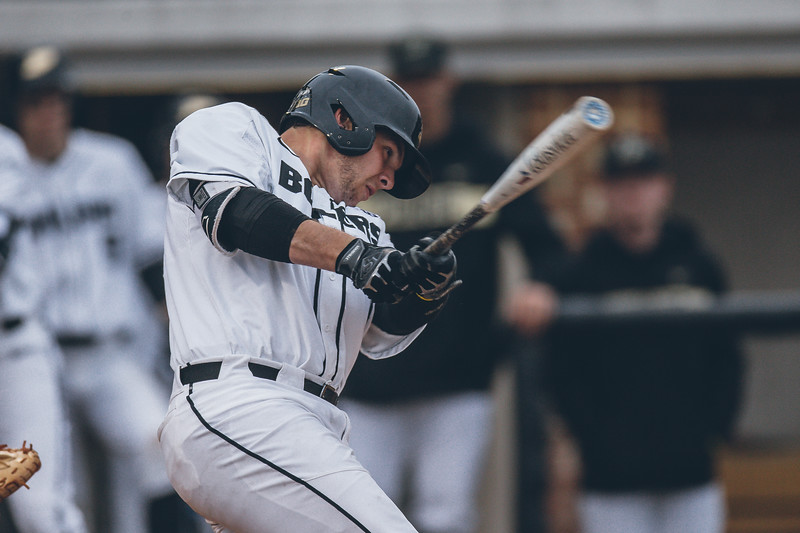 Here is a link to my Exposure page from the game.  Baseball is a fun game to photograph, and I tried to change it up a little this game by using the 600mm lens. There are definitely pros and cons to using it. Sunday I will take out my 400mm and a 1.4x tele to see if I can get similar results with a little more flexibility.

This Purdue team is not afraid to run the bases. They are very aggressive making the opponents make the plays to get them out. That aggressiveness leads to good photos. They are always pushing their leads, and trying to take the extra base. As a baseball photographer you can’t ask for much more than that.