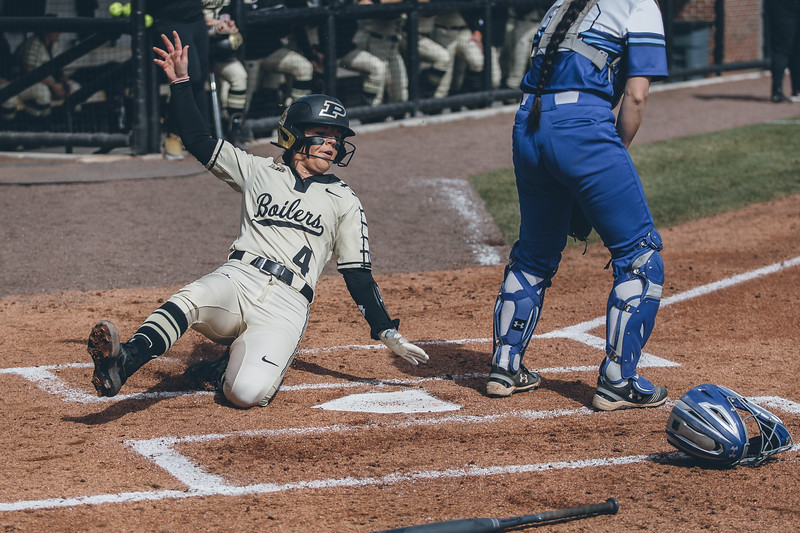 This is already my second doubleheader of the young softball season. One good thing about a doubleheader is that in the first game you can get all of your safe shots, and then experiment a little more during game two. With the first game going extra innings I started early last night. Purdue played two very exciting games. They walked off Indiana State in game one in the eighth inning, and scored five runs in the sixth in game two to secure the win. It was a good time on a beautiful day.

Before the game I saw a few players playing hacky sack to warm up. I went over and got right into the middle of the circle. Of course the camera then becomes a huge magnet. I did manage to make a few pictures with very little bodily injury though.

In the seventh inning of game one yesterday I moved to the Purdue dugout. I wanted a different angle of the action, and it is a perfect place to get it. I also was able to run out with the team when they walked it off. Needing a little luck I moved back to the dugout in the sixth inning of game two. It worked as they put up a five spot to take the lead. Softball is an exciting sport in part to the cheers that come from the dugout. Being in amongst those really makes it fun. You also get some good emotion like the shot above when Purdue took the lead.

Softball is a super fast sport. You have to guess the fielder right to get the shot most of the time. It is a rare occasion that you can pan over to capture the action. The way that the game is played I usually can only pick one player on my side of the field at a time to key on. I have to move to get others. When the ball is hit to the player that I am on it is a good thing. When it is a high enough chopper that the ball is bouncing in the frame it is even better. 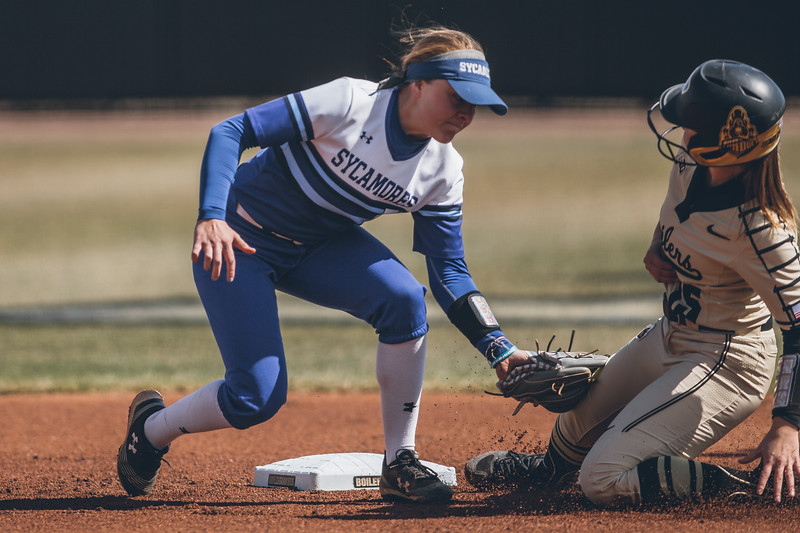 The last couple of years have been great ones with Indiana State. This year I am working closer to home, but that doesn’t change anything about the great people in Terre Haute. This softball team was a fun one to watch last season as they defied all expectations to make some noise in the MVC. They are a great group, and it was fun to see them play again. 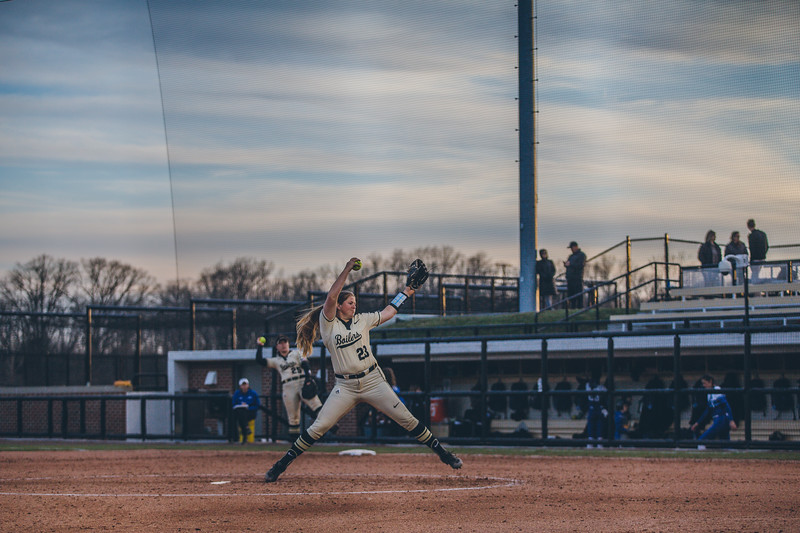 As the sun was setting the sky really started to look great last night. If the game had gone another inning it would have been a really great sky. I used what I was given though, and made a photo that I really liked with the nice sky and clouds overhead. With a later start in a couple of weeks maybe I can get a nice sunset in my photos.

If you click here you can see my full gallery from the games last night. It was a fun night with a couple of late game comebacks. Those always help the photo gallery out. It will be a couple of weeks before I photograph the team again, but it was a fun way to go into that break.