Purdue Gets The Midweek Win

Early in the home season I never know what to expect in the midweek games. I don’t know the pitchers too well yet so I never know what they can do. After the last couple of weeks I have started to learn these Boiler midweek pitchers. They put together a great outing today to pick up the W over Valpo of the MVC.

Changing Up The Gear

At the last minute before I went out the door I traded the 24-105 for the 24-70. I did it to gain that extra stop in case I wanted to shoot through the fence. After having some success with that at softball I wondered if I could blur that fence even more at f/2.8. At 70mm either f/2.8 or f/4 is no problem. At 24mm it is much harder to get rid of the fence. Of course the light was such that I never even tried it yesterday. It was nice having the lighter lens on my side though. 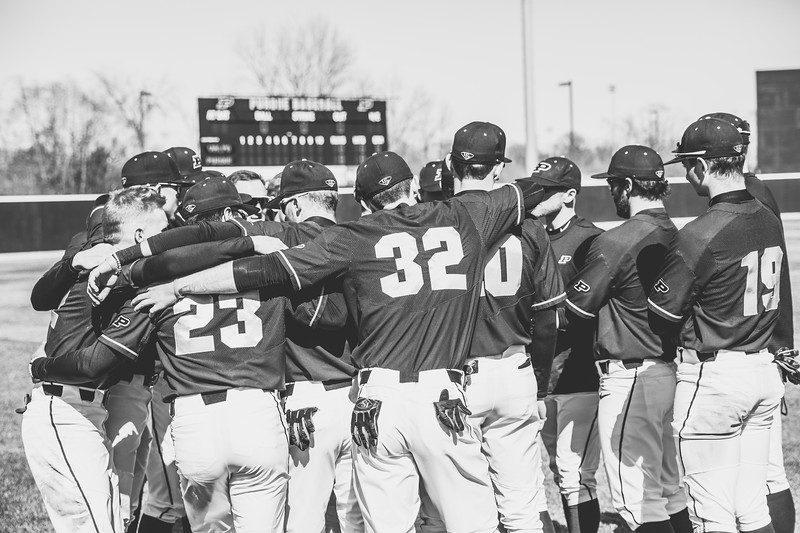 I absolutely love shooting pregame. As I talked about in my softball posts this weekend it is the time to get up close and personal with the players. You can feature a little about the prep for the game to let the audience in on something that they may not know about. This weekend I have a couple of more games to cover, and I hope to show more of the pregame rituals.

You can see my full gallery from the game here. I love baseball, and it is fun trying to find new ways to photograph it. As the season goes on it will be hard to keep the galleries fresh, but that is also part of the fun of what I do.