A Cooper’s Hawk Gets Lunch

On Wednesday I had just watched a squirrel chase everything away from my feeders including a couple of other squirrels. I turned around for a minute while on the phone, and when I turned back there was something much larger in the backyard where the squirrel was. A Cooper’s Hawk was obviously guarding something, but what? It turns out is was the squirrel. I try really hard to put myself in positions to be very close to raptors. For one to just hang out in my backyard in full view for an hour and a half or so was pretty cool. 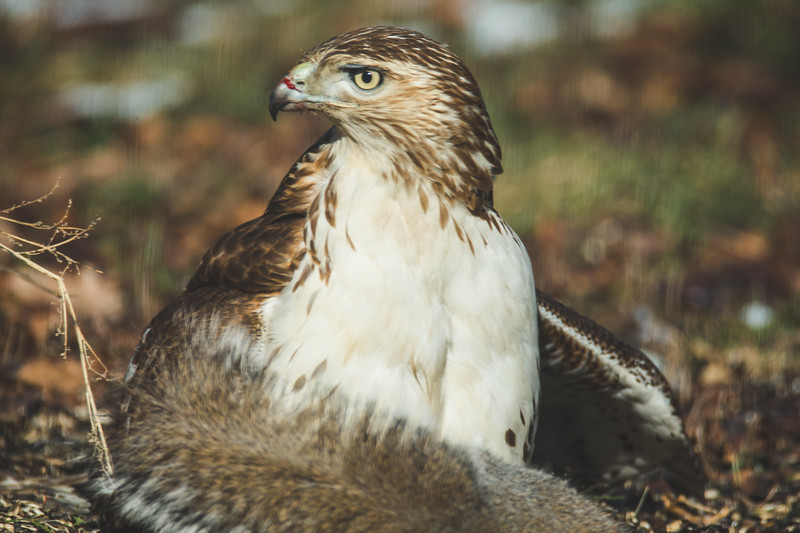 At first I photographed the hawk through the window of our back door. I didn’t want to scare it off. When I realized that I had something decent, but I could do better with nothing between my glass and the bird I moved to a window and opened it. As you can see in the picture above the photo is just a little off when shooting through the window. I wanted something to prove what happened, but after that I wanted to document the event a little better.