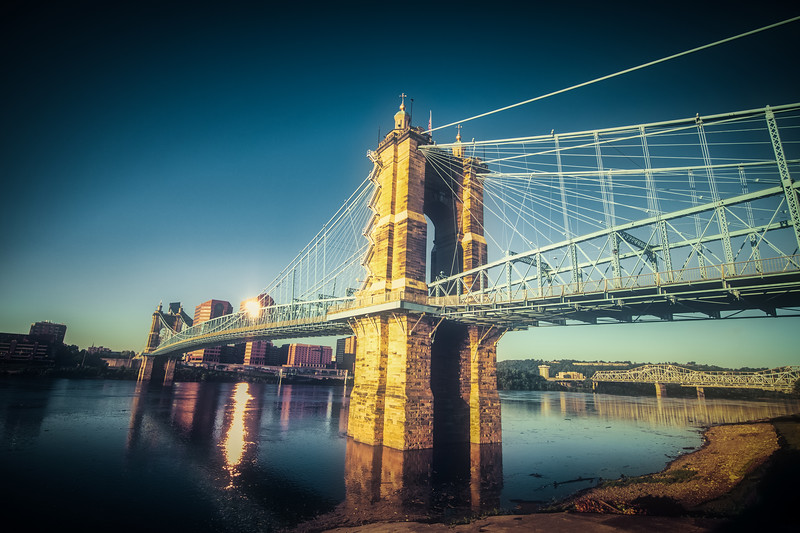 A Summer Morning At The Roebling Bridge

A couple of summers ago while the family was sleeping I made my way out along the Ohio River to photograph the sun rising over it. I couldn’t believe that I had the entire walk to myself. Why wasn’t anybody else out photographing this with me? I guess it was early in the morning, but the views were great. My drone had gone haywire on me earlier or I would have used that much more than I did. I decided to take a walk to another state. This bridge was the way to do that.

I had my 11-24mm lens which was new to me at the time. It was probably the wrong lens for most of what I was shooting that day, but when you get a new lens you tend to overuse it at the beginning. Lately I have been overusing the 300mm that I just bought. It is a familiar feeling that seems to constantly repeat.