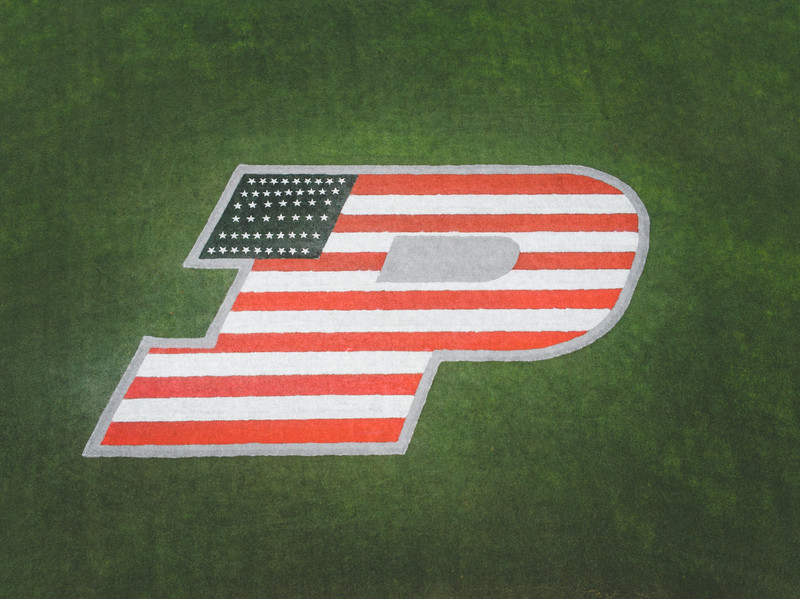 A Cool Message Leads To Some Interesting Images

Last week I received a Twitter message asking if I would be interested in photograph Bittinger Stadium with a new addition to it. For some reason I have had great luck making images of Bittinger Stadium over the last couple of years. It really is a stadium that photographs well. The new twist to the stadium was the patriotic motion P in the outfield. I really love Purdue, and this was super cool to see in person. This was a great idea, and a great execution.

The whole point of this shoot was to make an image so that Purdue could enter their design in the Sports Turf Start and Stripes Field Art contest. You can vote for this field here. This is a great way to get this cool stadium some recognition. Vote early and vote often. 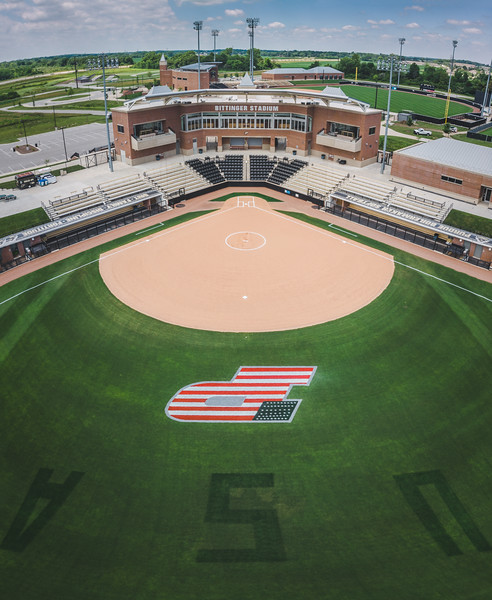 Stitching It All Together

I have really been having fun trying new ways to make the photos from my quadcopter stand out. This is one of those ways. I am stitching together photos that nearly make up a 120 degree tilt of my drone. From looking straight down to going as high with the tilt as my drone will allow. It just creates something that is interesting to me. I stitch a lot of my stadium overhead shots as I can’t fly high enough to get the entire stadium in the picture. Finding a new way to stitch something together is a great way to experiment and have fun with the drone. 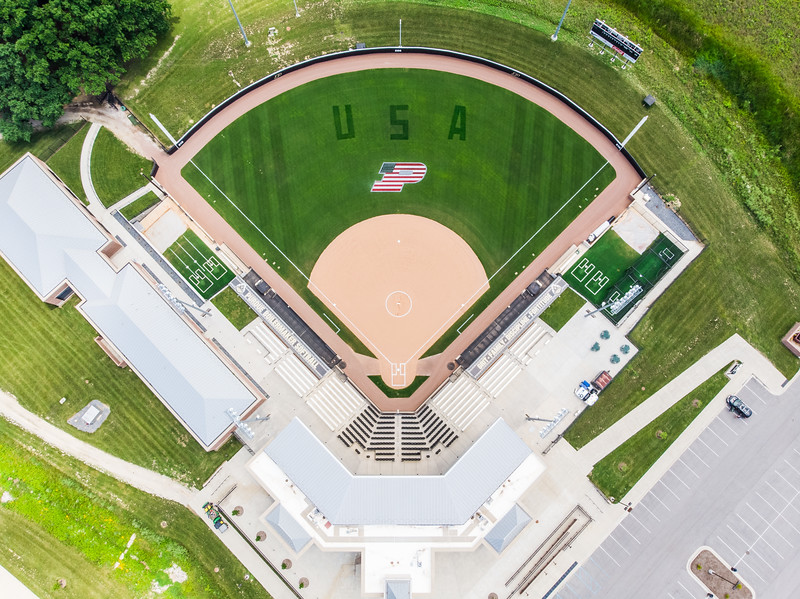 This was one of the highlights from last week for sure. Anytime that you can get a couple of flights in is a good week. I struggled for a while finding interesting subjects to justify lugging the big drone around. Now that I have the smaller drone I find myself flying it much more.  You can view my weekly collection of photos here.

A Change For The Better

In 2003 I moved away from Indiana for a job in Iowa. Instead of being an hour and a half away from Purdue I was now much further away. For some reason my fandom really increased at that time. I guess it is the old absence makes the heart grow fonder mentality. This is not to disparage anyone who was working for the sports department at the time, but they were way behind the times. Fifteen years later that has all changed. It is amazing to see just how far this department has come. They are now doing things that are leading the way for other schools. It is with great pride that I watch my alma mater getting some well deserved attention. I don’t think that it is any coincidence that as the marketing side of Purdue has risen so has the play on the field.

One Reply to “Vote For Bittinger Stadium”