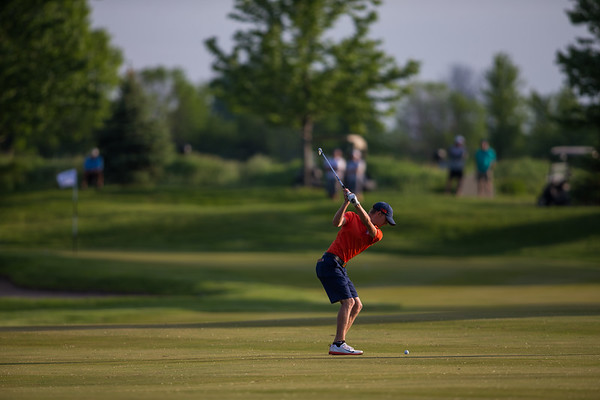 The third day of a hot tournament should be one you just want to end. I was dragging my butt up and down the golf course for three days with a baseball game also thrown in the middle of all of that. The thing was thought that even though it was a tough day on the course I was really excited about it. I really enjoy covering golf. You get to pick where you want to be with very few exceptions. Coming soon after basketball season where you are given a small square it is a great amount of freedom to have. I will probably end up shocking some random golfers this summer when I just show up at a course to make some photos.

Purdue Survives a Scare to Advance to the Championships

At one point in the afternoon looking at the leaderboard Purdue was in trouble. They had just fallen out of the top five, and the team that knocked them out was the top seed Florida. The top five teams advance to the Championships so Purdue needed to be there. The Boilermakers were at the end of their day so they had little time left to make a move. Luckily for them Florida was making a move in the other direction. Purdue ended up in the next round comfortably, but not without a little scare I would imagine. For the first time during the tournament I was able to see them play as they were paired with Illinois. I made a few pictures of the team while waiting for my athletes to play their ball. It was fun to see Purdue on such a big stage, and I can’t wait to see what they do at the next level. 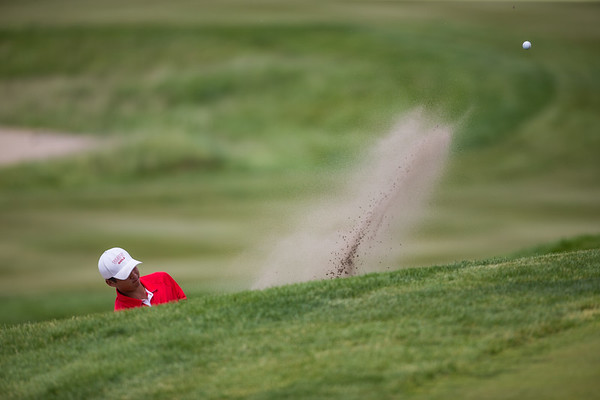 After day two one of the other photographers was talking on Twitter about how much fun it is to photograph players in the bunker. The problem with that is that it probably is not much fun for the golfer being in the bunker. Our pleasure comes at their pain. Moving around quite a bit over the course of the three days I did not see many bunker shots. That is until day three. I seemed to be in the right place at the right time quite a bit to capture the sand flying. On the 18th green alone at the end I saw two players play out of the bunker. I think that it is so fun for photographers because it is so visual. The sand flying gives you a sense of motion that you don’t always get in golf. No matter the case it is fun to photograph.

One other great thing about photographing golf is that for the most part you can choose your backgrounds. You can move around as needed to get a good look for your shot. Sometimes a stray object will be there, but for the most part you can avoid it. Here at the 7th tee is a great example. The lush green background gives this shot a great look. The layout of the hole also allows for me to get a nearly head on look at the golfer. the end result is a picture that I made multiple times all three days of the tournament. It was a great way to get a fantastic shot of the golfers.