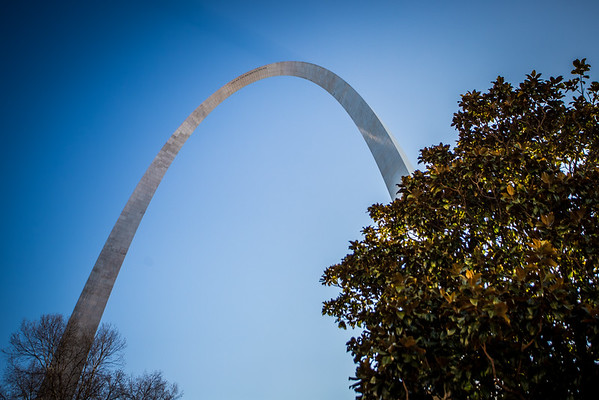 When I was in St. Louis last March the arch was basically shut down. They are working to make the area around the arch amazing so they had a lot of things torn up. In fact they had a rather narrow path through some orange fencing just to get to the arch. I really wanted to make some photos of it so I tried to find ways to do so without showing all of the orange construction fencing. What I ended up with were shots like this. In the end the negative helped me become a little more creative which was a big positive. Things are not always as bad as they seem.

Heading to the Arch Again

Recently I learned that I will be heading back to St. Louis next March for Arch Madness again. I had a great time in St. Louis on and off the clock for Indiana State last year. This year will be fun to see just what has changed in the past year. I hope that most of the arch construction is done. No matter what there is still plenty to see and photograph in that fun city.