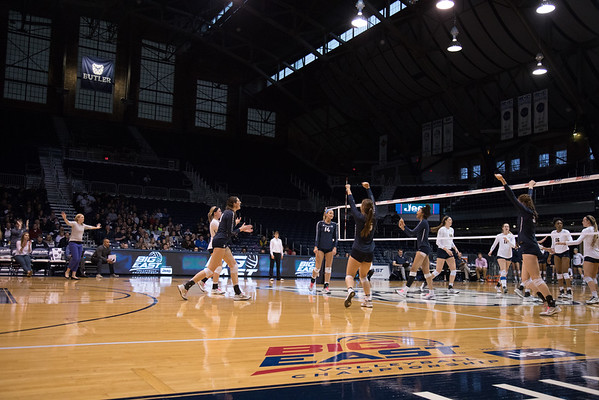 Yesterday I was in historic Hinkle Fieldhouse to photograph Xavier volleyball once again this season. It has been a fun season getting familiar with this team. They have a lot of fun playing volleyball, and that makes it easy to make good pictures. Xavier won their match so that sets up a match today against undefeated Creighton for the Big East Tournament Championship, and an automatic bid in the NCAA Tournament. I wish that I could be there to photograph them today, but I have a shoot in West Lafayette. It really is too bad that the schedules could not have worked out better so that I could have photographed both events.  Maybe I will see Xavier again in the NCAA Tournament this year. It has been a fun ride photographing their games in Champaign, West Lafayette, and now Indy. What city will they play in next? 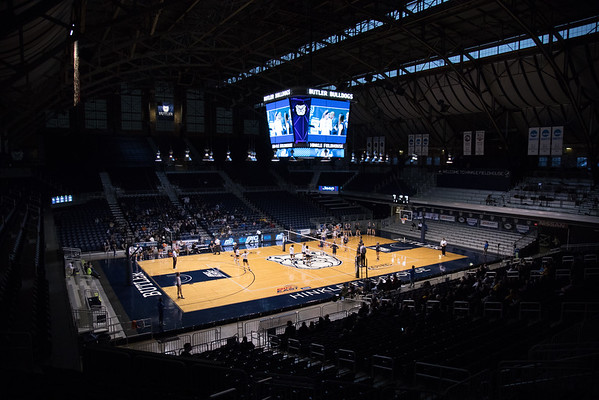 Hinkle Fieldhouse is a very fun place to make photos in. I love shooting in Mackey Arena and that will always be home, but shooting in an old gym like Hinkle is a lot of fun. It has so much character that you have to try and include it in your photos.I look forward to making some images in Hinkle this basketball season as well. Last year I did not shoot one game inside the fieldhouse. At the end of the year that was kind of a bummer. The last event that I had shot inside of Hinkle was the 3 point and slam dunk contests just before the Final Four in 2015. I need to get down to Hinkle a little more, and this year it would be nice to have a couple of shoots down there. We will see as the season goes on. It is a fun venue to shoot in though.

More Photos From the Match

Xavier put together a few of their favorite images into an Exposure gallery that you can find here.