Before Purdue even played their game against Texas last week I was thinking ahead to a what if scenario. What if Purdue and St. Peter’s played again? In 2011 I was lucky enough that Purdue started their tournament in Chicago. After traveling to Spokane and Houston the year before this was a much easier commute for me as I still lived in northern Indiana at the time. Back in those days I had a really crummy sports blog, and someone who read it helped me upgrade my upper level seat to a seat in the John Purdue Club section of the stadium. It is from that seat that I made the photo above. It was the only game photo that I was willing to share from the game. 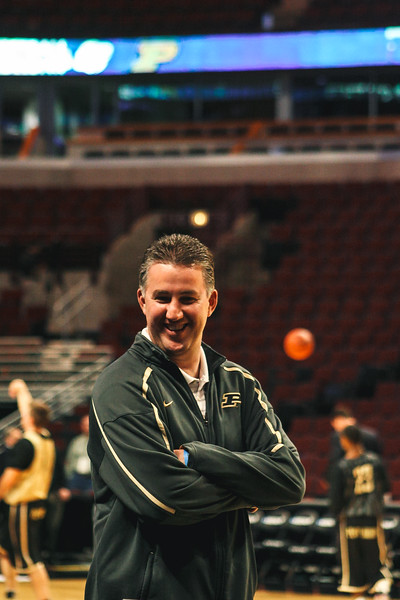 Looking back through these photos I started thinking about how much has changed. Back then I still was making pictures in sport mode with my camera. The camera was making the decisions, and they were not always the best for what I wanted. I was a couple of months out from the conference that changed everything for me. My game day gear consisted of a Canon Rebel XT and my 75-300mm lens that really was not suitable for making photos inside. When I made these photos I had no idea that I would be living in West Lafayette again in a few months. Or that in just four years I would be courtside making photos of Purdue in the NCAA Tournament. Man it was amazing just how fast life can come at you when you find your path. 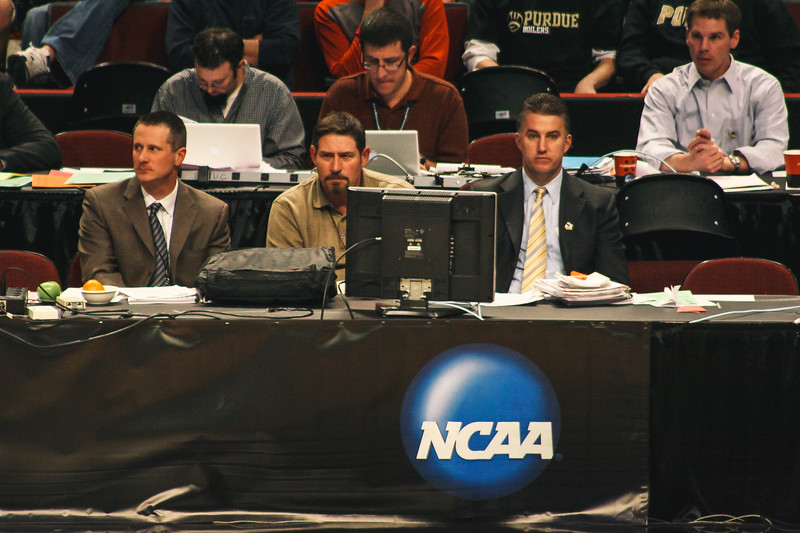 When I was going through my old photos I came across this photo from after the Purdue game. Coach Painter and Coach Lusk behind him were scouting their next opponent from the Purdue radio table. I loved these young faces at the time along with a cameo from The Cliz.