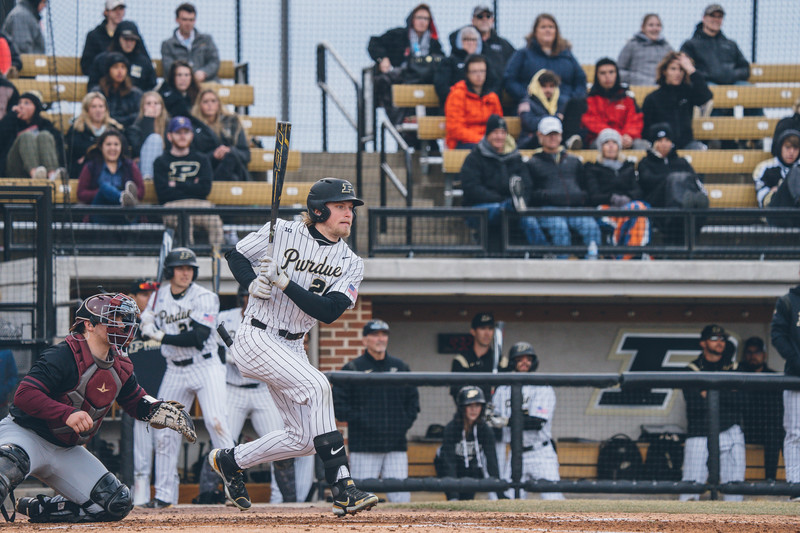 Baseball Is Finally Back!

Man yesterday was a good day. Purdue had their earliest home opener ever, and Major League baseball decided that they would start playing again too. If you are a baseball fan in this area then things couldn’t get much better. Purdue used a big first inning to stay perfect and win their 13th game on the season. This is a fun team to watch, and this year it seems like we are getting a little extra to watch with our own eyes.

Until the day before the game I thought that I was the photographer for the game. I had come up with some fun pregame ideas in my head so even though I was not photographing for anyone I still went out and made those photos. Sometimes you have to see them through. The beautiful sky really was screaming baseball so I tried to use it as much as I could. I am glad that I did because the clouds rolled in soon after. 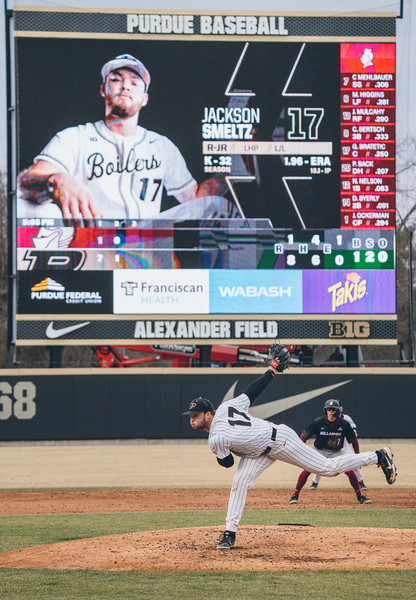 I tried to work the new scoreboard into as many pictures as I could from pregame to the game itself. It is impressive to look at for sure. Right now with the pitchers name on it while they are throwing it is just too good of a photo to pass up. Softball has a new scoreboard too, but I was too excited about the game and I forgot to drive through to take a look at it.

Every year I am excited for Purdue to come home after playing down south for so long. I don’t think I have been this excited about a team coming up though for ten years. That 2012 team was putting up big numbers and was exciting to watch. This year I just had box scores and radio to go off of, but this team looks like it could be exciting as well. They have speed and aggressiveness on the base paths, and that is always fun to watch. There are some new faces to learn, but with an earlier home start I have more time to do that.

The clouds did not work out for a good sunset last night, but they did make for an extended blue hour. It was an absolutely beautiful ending to a fun night. I was not there for action so I just used smaller glass at the end of the game to capture some of that beautiful sky. 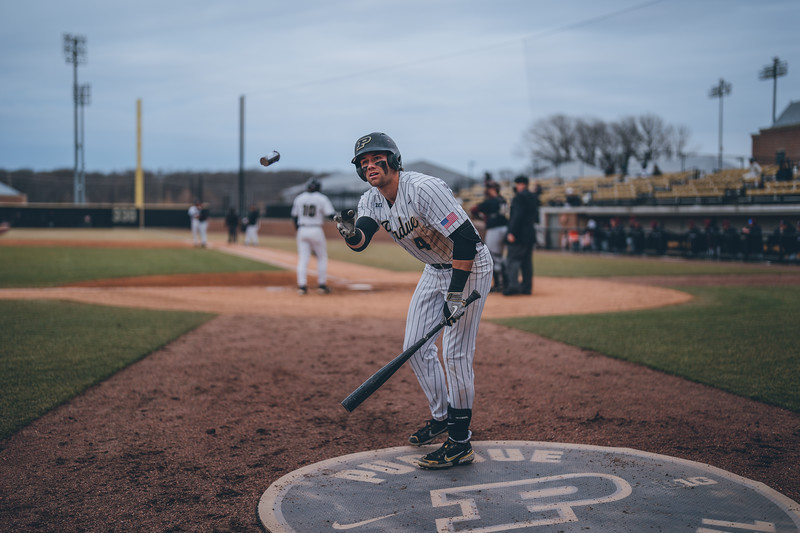 Here is a link to my gallery that I put out last night. Even though I am just a guy who makes photos at this level I still feel like I can put together a pretty good gallery. As I write this I don’t know when the next game is. It could be today or maybe a couple on Sunday? I am rooting for a couple on Sunday when the weather looks a little more like what baseball weather should look like.