Day Three Of The Big Ten Swimming And Diving Championships

Day three of the Big Ten Swimming and Diving Championships brought some new races and some familiar faces. At this point in a multi-day meet you start to see familiar faces all over the pool. You start to pick up on where you need to be to capture certain athletes better. Things start to become a little more routine, but in the best way. That is when you can really start having some fun. 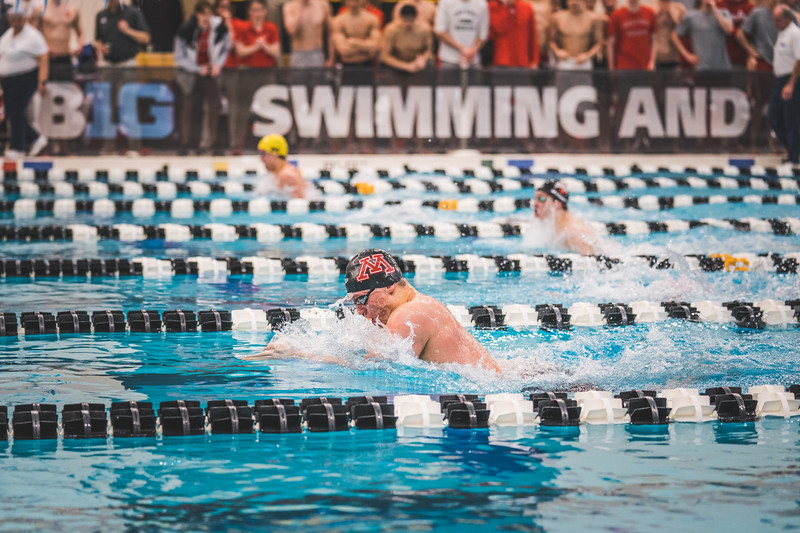 The one real note that I had entering this past weekend was to watch for Max McHugh. He exceeded my expectations for how fast he would be. He ran away with the 100m final. I moved off to the side to capture his victory and the margin a little more. It really was fun covering him.

As you move further into an event you start to try and find things to keep yourself fresh. In diving prelims I only had two of the 30 divers. I tried not to check out during the downtime in between when my guys were going. I decided to have some fun panning. If you can keep up with your diver at 1/15th of a second than it would be no problem at a higher shutter speed. By the next day I was really having fun with this which you will see tomorrow.

The finals for the 3m diving were electric. The fans were into it, and they really made things a little more exciting. I moved off to the side to show some of that scene. This would be the last finals that I would watch. On the final night I had no divers competing so I took the time to get my initial edit done. I am glad that I was out there on the third night though.

For a brief moment the sun started to come into the pool from one of the bank of windows. It was not strong, but enough to light up my athlete a little bit. In an event where things can start to get repetitive anything new is good. New and interesting light is always a good thing. 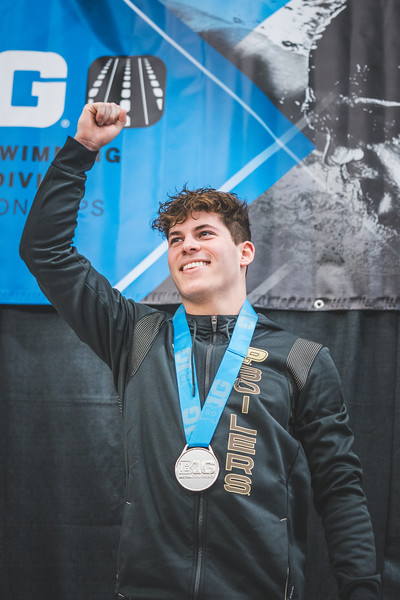 During that amazing diving event Purdue freshman Jordan Rzepka won the silver medal. I don’t think that he was favored to medal, but man he stepped it up and put himself on the podium. Purdue has some great young divers that will be fun to watch over the course of the next few years. I didn’t make many photos of the Purdue athletes over the course of the weekend, but I did snag a couple of the young divers on their first podiums in college. Hopefully these are the first of many.