Sunday was a doubleheader in Mackey. The first part of the doubleheader was the game that I featured yesterday between the Northwestern and Purdue basketball teams. After that game I went to the media room to upload photos and take a break before heading out to the wrestling match between Purdue and Wisconsin. I knew that I would not stay the entire match, but there were a couple of photos that I was looking for. One of those was a lockup photo like the one above.

Photos like the one at the top of the post are always nice because they get you right in on the action. As a photographer I always feel that it is my job to bring you the things that you cannot see. To find the details that are hard to find in the stands or on your TV. Sometimes though it is good to pull back a little. At an event like this one you want to give your viewer a sense of place as well. The wrestling team does not wrestle in Mackey often so it is a big deal. If you just make tight photos for the entire match they don’t show the new environment. Even though I was not putting a gallery together after this match I still challenged myself to make photos like I was putting one together. 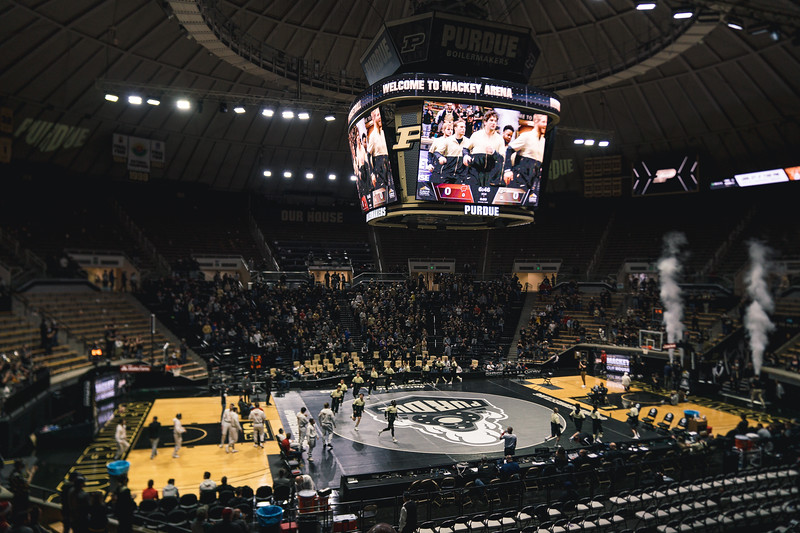 I had the idea to head up top to photograph the Purdue run out. You make so many photos in Mackey over time that anything different is pretty cool. The wrestlers running out onto the court is certainly that. I wish that a few more of the basketball fans had stayed so that this could have been a much cooler image. 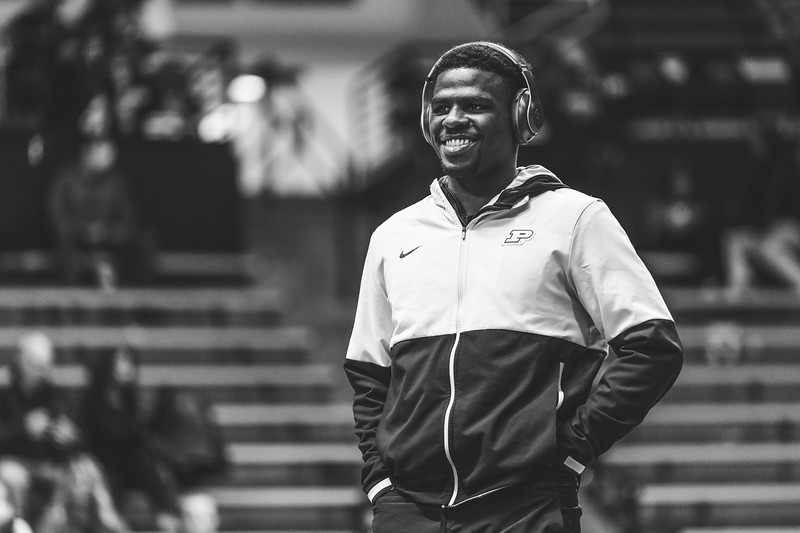 This event was purely for fun. I had no assignment other than a few photos that I gave myself to make. This year I have cut out most of the stuff that I used to do for fun. I still love making sports images, but when you are not there on assignment you always feel like you are in the way of those that are. That being said if you have a team local to West Lafayette that needs some coverage let me know. We can work something out so that I can do what I love while making images for those that you love.