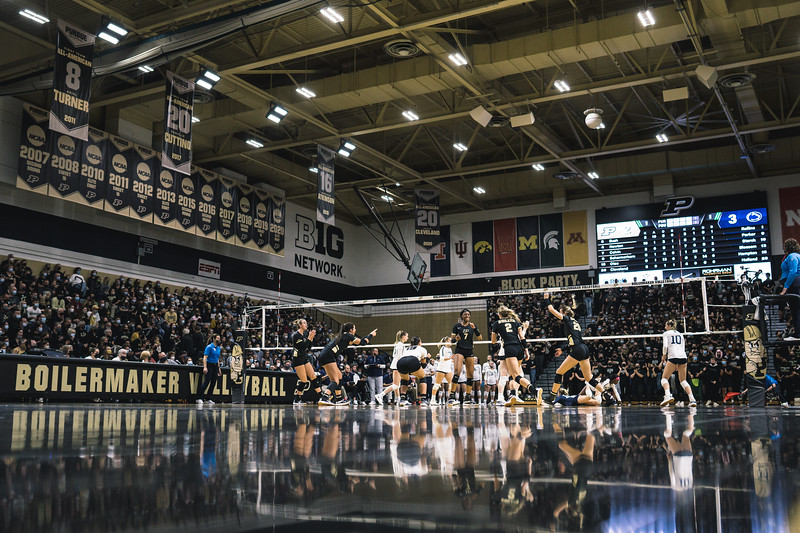 Purdue Pulls Out A Gutsy Win Over Penn State

There was a point in the 4th set when things did not look good for Purdue. The crowd was out of the match, and Purdue was down two. For some reason it felt like much more though. A series of events got the crowd back into the game, and Purdue took care of the rest for a five set win over Penn State.

Purdue crowds always look good during blackout games. There are always a few who do not play along, but the backgrounds always look better.

One group of fans that did not quit on Sunday was the Boiler Block. When everyone else sat on their hands the Boiler Block kept going. They really can make a difference in these tight matches. With the new rules where the away team is always on their side they have a chance to really make an impact as well.

At one point late in the match you could see that Jenna Otec was tired. Looking up at the scoreboard you could see why. She had 27 digs on the day. It was an amazing performance for the senior, and one that her team needed. 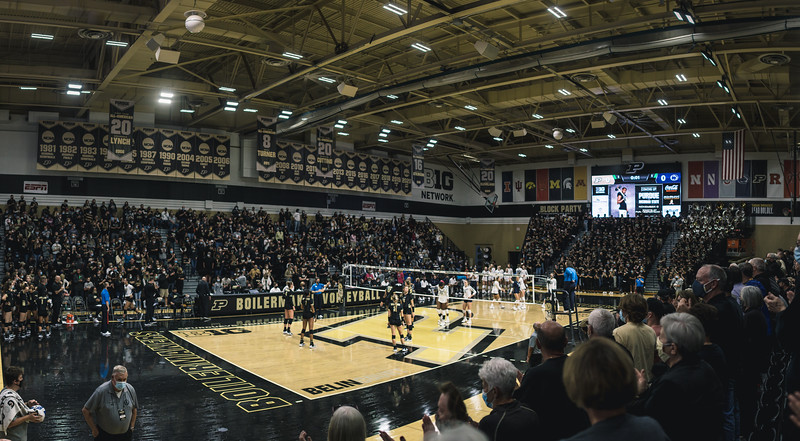 This is a eight photo panorama that I stitched together just before the start of the third set. I normally like to make these photos during the anthem, but I was running a little late on the day. I had a ton of trouble finding a good parking spot. Most would see that as a bad thing, but if the streets around Mackey are that crowded on game day for Purdue volleyball that is always a good thing.

Here is a link to my gallery from the match. It is always fun being in a packed Holloway, and when they beat a top 25 opponent it is even better. Taking down Penn State is even more fun.