This has been a fun year watching the Purdue baseball team live again. After a year off it was good to see some familiar faces and be at Alexander Field again. If the schedule stays the way that it is right now then I will not be at any of the scrimmage games that the team is putting on. Right now it looks like a couple of games for the Purdue club team will by my final baseball games of 2021. In 2020 I missed the sport that I love to photograph, but this year it seems like the baseball gods help make up for that with some really fun games. This Purdue team looks like an exciting one so I am already looking forward to what 2022 will bring for them. 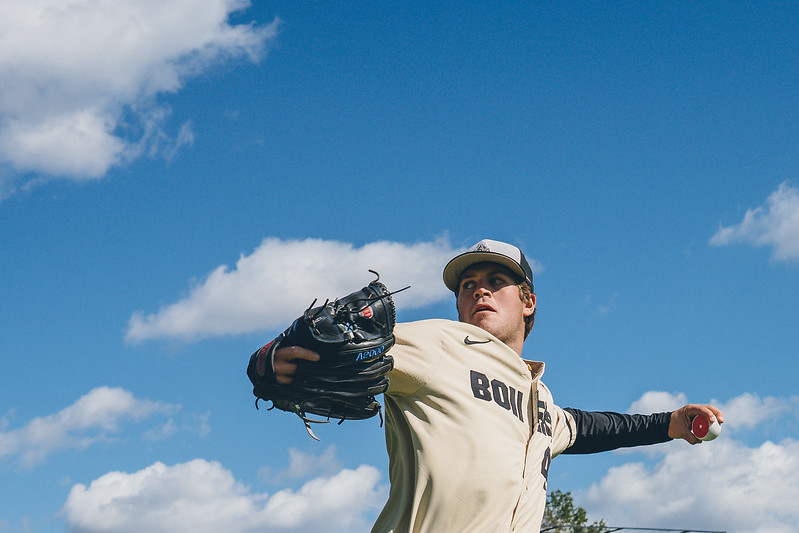 I have been having some fun with the 24mm lens that I bought for snokeh photography. I have found that it works very well for an around the neck lens at sports, and is great for pregame work as well. Here with the beautiful baseball skies it was fun to get it out and try some things.

It seems like it has been forever since I made a photo of an infielder making the play during game action. I have made photos in warm ups, but the game action stuff just hasn’t been happening. I went behind the plate with the in mind during this scrimmage and was almost immediately rewarded with a photo. 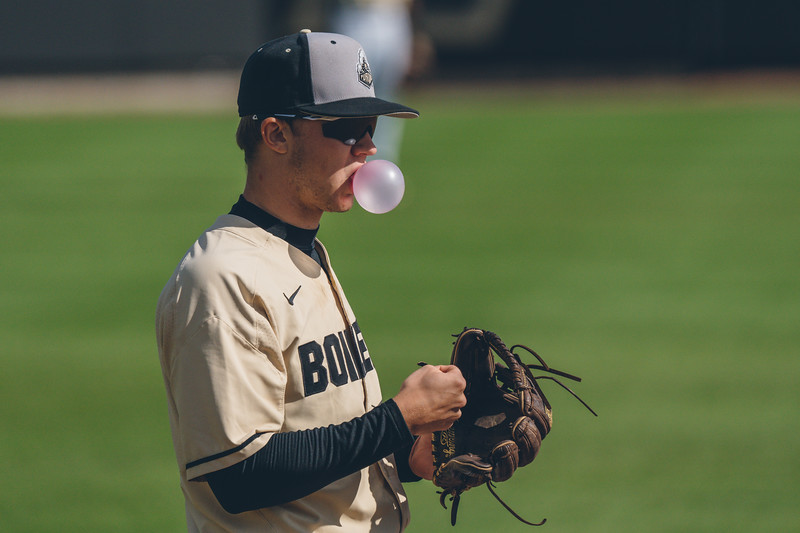 A few weeks ago a photographer was joking about my work that if you blow a bubble you make the blog. At first I didn’t think that it was too accurate, but here I am posting another baseball bubble photo. Maybe there is some truth to that. I may or may not have sat on this image for a half inning or so. 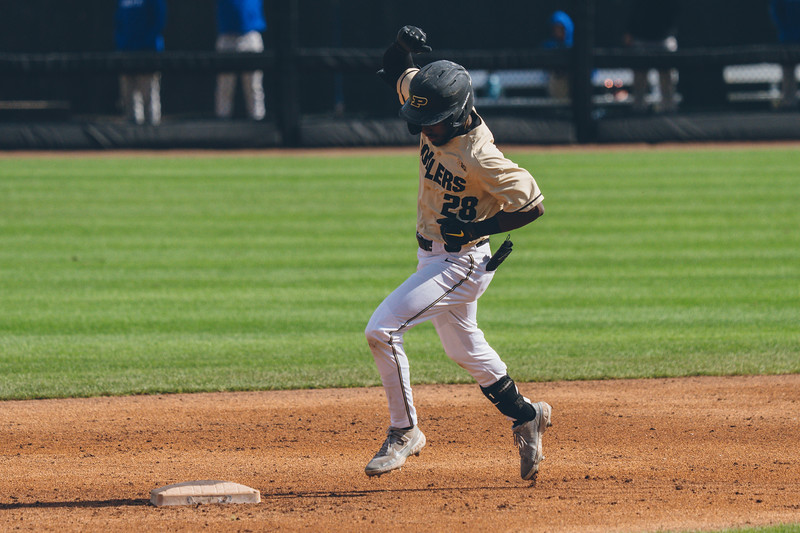 Usually when Michael Bolton is at the plate I know that something really cool is about to happen. His speed changes games. His first at bat of the scrimmages the weekend before was a bunt single. With two men on base Saturday though he hit a dinger. It was cool to watch him round the bases after the shot. Of course the next time he was up they were playing him back, and he tried to put down a bunt on the first pitch. There is some speed on this team, and that is part of the reason that I am very excited for the spring.

Here is a link to my gallery from the game. Like I said above it is likely my last Purdue gallery of the year, but they come home sooner than they have been next spring so hopefully it won’t feel like it has been too long when the next one comes out. I also put out my weekly list of my favorite photos this morning. You can check that out here. It was another fun week of making images.