Purdue Soccer Opens Up Under The Lights With A Huge Crowd

Thursday night I went to Folk Field to see Purdue take on Kentucky. I rolled up just before the start of the game and saw a packed stadium. I don’t know that I have ever seen it so packed. As I walked in I threw my game plan out the window. I decided to sit in a place where I could include the crowd a little more. I knew that I could get blocked by the ref at times, but it was worth it to make some photos with the huge crowd in the background.

Down Came The Rain

For the second straight night I ended up soaked making photos. Sweat and rain soaked clothes is not a winning combination, and I apologize to anyone who was near me after the game. The rain just makes for good photos though. These players already play through so much especially in a two overtime game. Add a rain soaked field to the equation and you have some tired players out there. The rain made things interesting for a while for sure.

An Easier Second Half

I spent the first half of the game on regular game coverage. I was thinking about where to be for the second half when I decided to just not worry about game coverage. I was not covering the game for anyone so I was not stuck making game action photos. I went up to the roof to gamble a bit. I was hoping for  photo like the one above. I wanted that beautiful sky in the frame as well as some sort of action in front of me. I missed the lone Purdue goal in the process, but someone else was paid to make that photo. These types of photos will get me paid so why not make them? It also makes the editing process much easier when you don’t have much action from the second half.

I didn’t realize how much I missed hearing the roar of the crowd until I heard it again. The fans got up onto the boards at times and made as much noise as possible. I really missed this. I can only imagine how loud it will be at Ross Ade in a couple of weeks. I don’t know if I will be on the field or in the stands, but I can guarantee that it will probably get a little misty. This was as electric as I can remember at this field. Hopefully the fans can keep this going as the season goes on. 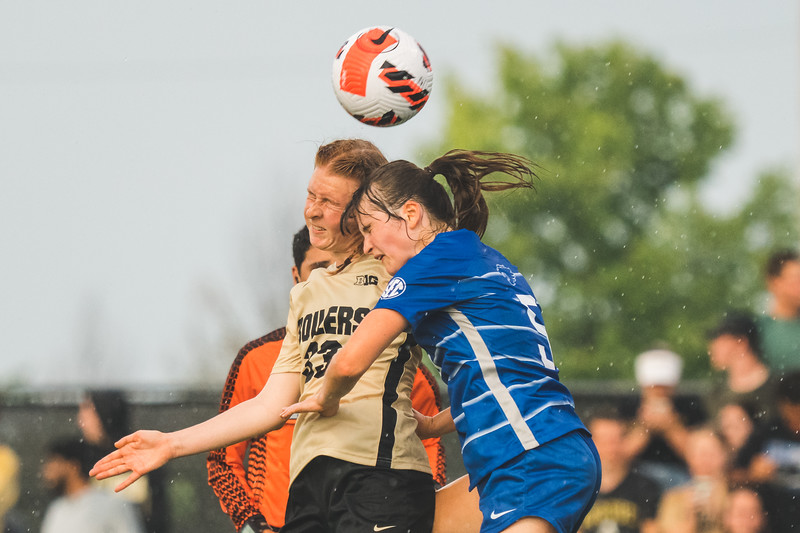 Here is a link to my gallery that I posted yesterday. I am a little behind on these recap posts, but as I always say that is a good thing. That means I am out making images. I try and get the gallery out as soon as I can though.