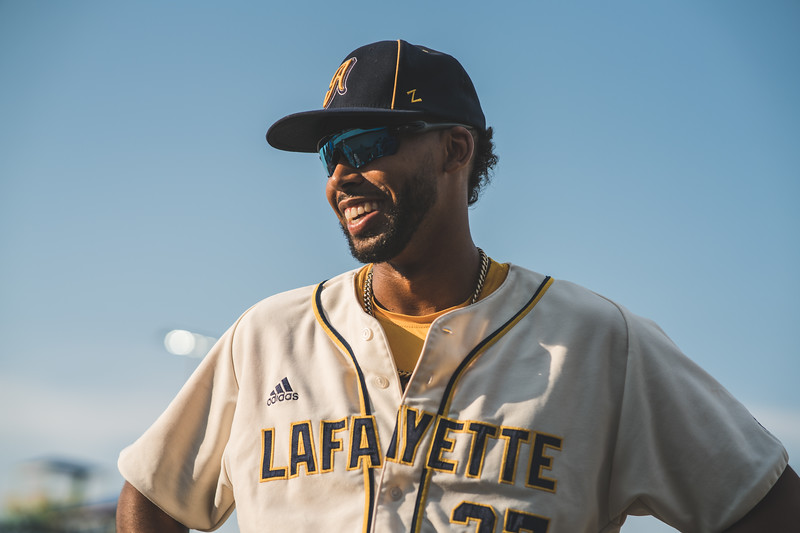 Man this team loves the late innings. They really seem to enjoy giving their opponents hope before taking the game in the final innings. Last night they scored a couple in the eighth inning to take the game. 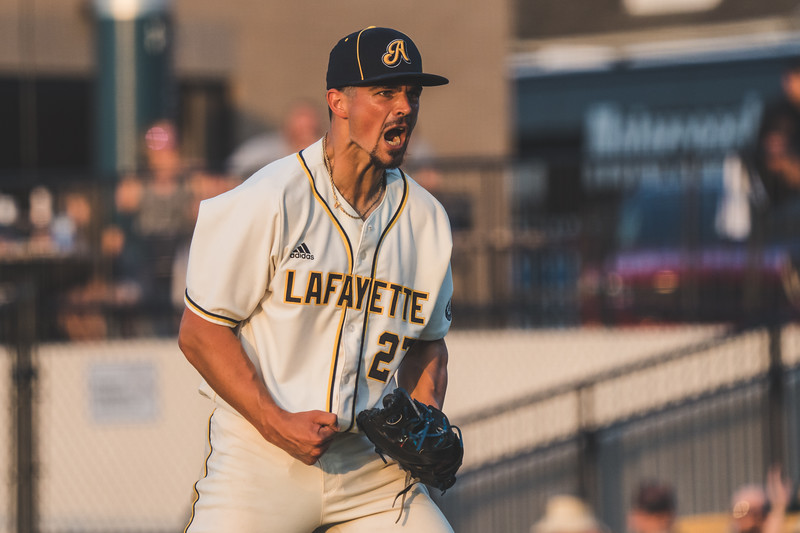 I don’t normally talk about the umpires on my blog. They have a thankless job, and you only really say anything about them when they screw up. Last night there was a lot to talk about. When a pitcher has to get extra outs he does not like it. When he gets out of that jam he will be excited. Knowing this I was on the pitcher as he was trying to get out of a jam. If he struck the batter out I knew that I had a photo. Thankfully things worked out, and I made one of my favorite photos of this season.

Getting A Little More Serious

For the summer ball games I will usually just take a main camera and something wider for any stadium photos. Last night I packed a bag like I would for a game at Purdue or anywhere else. Normally I am working on a specific thing, but last night I went into game coverage mode a little. In a couple of weeks my fall sports kick up a little. I have football and soccer to cover, and more of game coverage for those gigs. There is always a little extra kick from knowing that you have a gallery to put together after the game. I can’t wait for everything to kick back up again.

The Last Days Of Baseball

If you follow this blog then you know how much I love to make baseball photos. The nature of what I do means that my baseball season is coming to an end. I have three games left this week with the Aviators and at least one playoff game next week. After that I am done with baseball for the year most likely. This has been a fun year, and I have tried to get as much in as I could. Hopefully the Aviators can make a little playoff run and give me a few extra games.

Here is a link to the gallery that I put out earlier in the day today. It was a fun night at the park, and I hope that my images showed that. My plan for the week is to get that gallery up as early as I can the day after the games. As the week goes on my game stories may lag a little, but the photos at least will be out.