Spending A Sunday Afternoon With The Aviators

Sunday afternoon we went down to the Aviators game to watch the game as a family. It was a little hot, but the weather that had been threatening all week held off. We were able to watch the entire game. We definitely were reliving some moments from that great 2019 summer watching Aviator games as a family.

Thursday night I heard a familiar name over the PA system. It sounded a lot like the name of a photographer that I have followed for years from Nebraska. Joel Sartore is one of the first photographers that I tried to emulate. In fact there are things that he has said that I still think of when I am out on a job. He is from Nebraska as is the new centerfielder for the Aviators Luke Satori. They are obviously not related, but the similar sounding name reminded me of a photographer whose work I have admired for a long time now.

Candid Moments On The Diamond

These are the type of photos that are fun to make. You see a moment and you are able to capture it. It will never win any awards, but it does show the player a little. I need to get to more games early to capture more of these kind of moments pregame.

With the midday light being bright I put my 1.4x converter on my 200-600mm lens. That makes that lens into a 280-840mm lens. It allows me to get in a little closer to the action. It is definitely a good way to change things up. 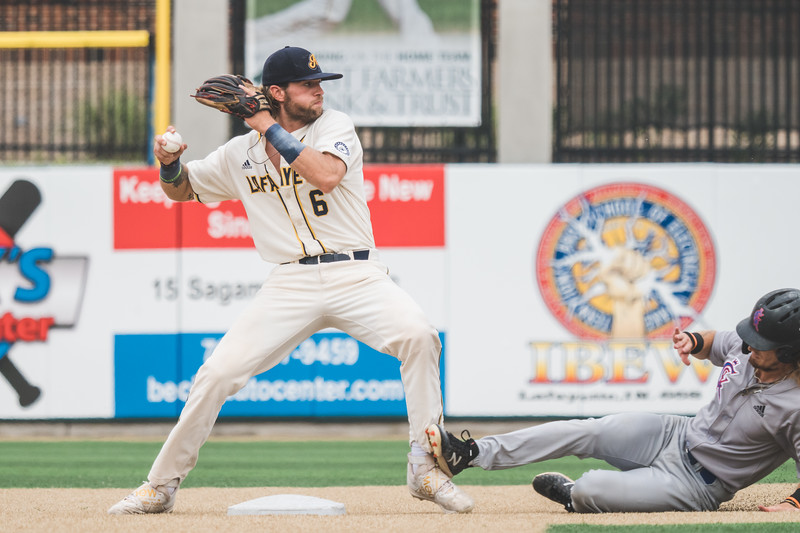 Early in the game there was a very close play at second as the Aviators tried to turn a double play. It was a hard baseball play, but it made for a good set of images. With the setup that I talked about above I was a little tight on the first photo, but it all worked out for the second photo.

This year things did not work out for me to see the Sycamores play a game live. I watched as many as I could on ESPN+ though. When I saw a Sycamore on the roster for the Aviators I hoped he wouldn’t show up for a while. That meant a nice long run in the tourney. He was part of a great second game in the tourney for the Sycamores, and I can’t wait to see how he helps this Aviator team this summer. 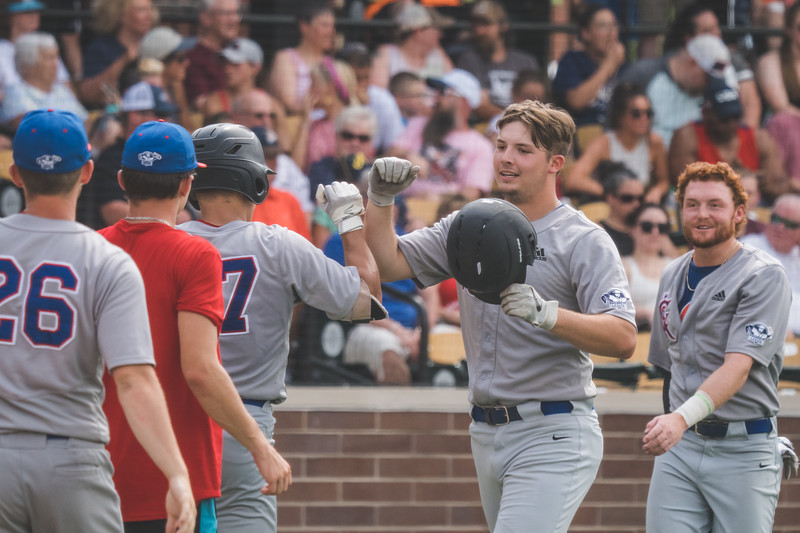 Have A Day Kid!

Lukas Galdoni of the Champion City Kings had himself a day on Sunday. At the plate he hit three home runs and had six RBI’s. He also pitched 2.2 innings with three strikeouts. Looking at the stats for the season makes it even cooler. These were the first home runs of the season for Lukas. It will be interesting to see if this continues for the rest of the year and back to Butler next season.