Keep Walking Until You Find Something

Tuesday we went for a family walk at Prophetstown State Park. It was a fun walk with the kids and the dog. I brought the camera along just in case, but we really didn’t see much while walking. I drove separate because I knew that I would probably take a longer walk. It was during that longer walk that I saw most of the good things on the day. Sometimes you just have to keep walking until you find what you are looking for. In a week like this one getting turned down by so many teams that is good to keep in mind. I rarely see a kingfisher up close. This one was about as close as I have ever been to one and it was all because I kept walking. Who knows what door will open up after so many closed this week? 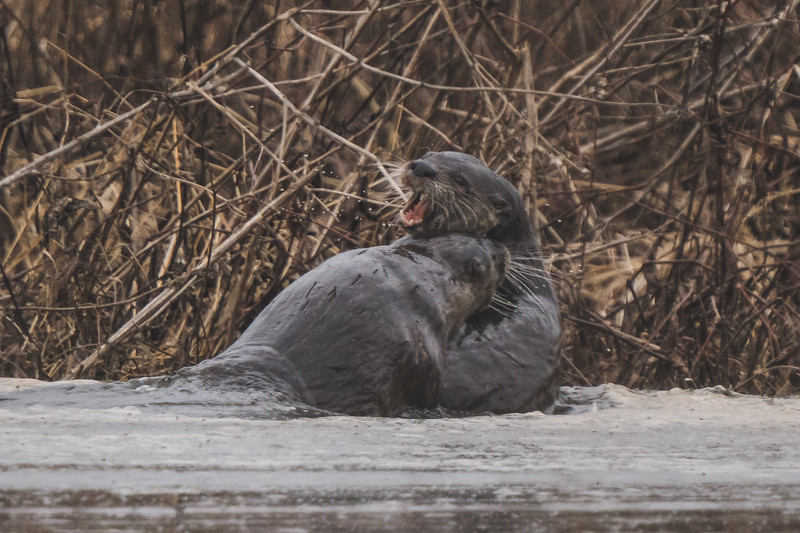 Is That An Otter?

I walked to a portion of the woods where I normally see woodpeckers to try my luck just after parting ways with my family. I heard a pileated woodpecker, but never got a close look at it. I did hear some splashing down by the water though and when I looked I swear I saw an otter fighting something. The otter moved into better view and I could see that it was a river otter that was fighting another river otter. Neither of them noticed me while they fought and that is a good thing as those teeth look brutal. 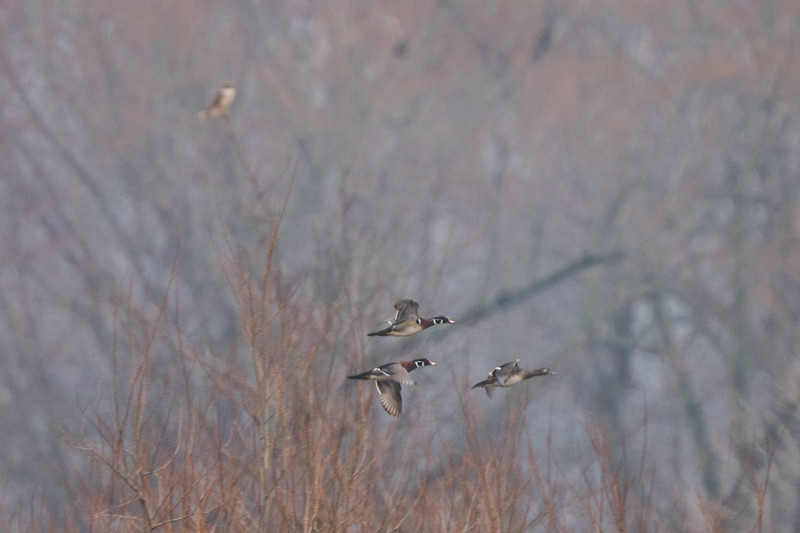 It Is That Time Of Year

I think that this photo pretty much sums up spring for wildlife pretty well. Two males chasing a female around. These wood ducks kept flying just out of camera range as the males tried to catch up to this female. I couldn’t help but think that the female has to be tired from just running all of the time. In the background you can see a red shouldered hawk trying to find a mate. 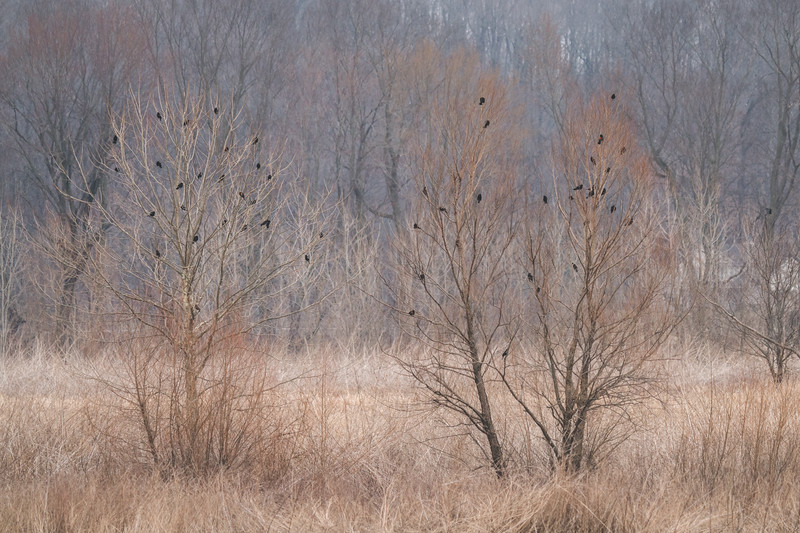 So That Is Where They All Are!

This time of year it is not unusual to see a red winged blackbird on just about any stick that you pass on the trails. On this walk though we hadn’t seen any until the family walk was almost over. Most of them were loaded in these two trees. It made for an interesting photo that I don’t often think to make. I am always so focused on the tight photos of birds that I forget what a pulled back image like this can do.

I Make Friends With A Cooper’s Hawk

This coopers hawk flew right at me while I was in a small single point focus mode. I couldn’t grab him with that, but the bird landed in the tree right above me. I had a quick photo session with the bird before saying good luck to it and walking away. I was trying to find a snipe that I heard was in the area. The hawk seemed to follow me which was pretty cool. I saw the snipes feeing away down the trail and stayed in that single small point mode to try and grab focus in between the tall grasses. The cooper’s hawk on the other hand thought that I should make a flying photo of the birds so it swooped down and flushed them. They flew hard and fast until they were just little dots. I appreciate the help, but I wish that I could have set up for that photo.

I was walking back to the car to head out of the park when I saw this hawk just sitting on a tree over the prairie. Once again I liked the idea of a wider photo showing more of the scenery. It was a good photo to end the day on.