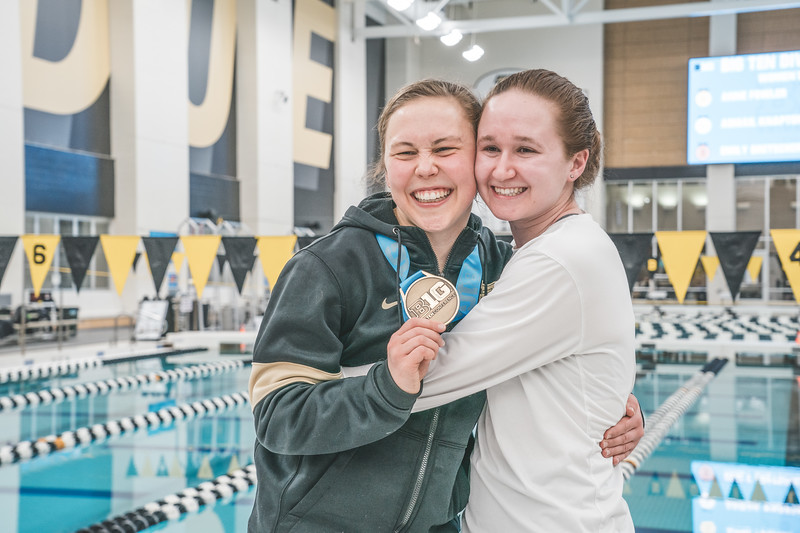 Last night I was back at it at the Big Ten Diving Championships here at Purdue. I had not photographed a sporting event in nearly three months. I was a little worried that I would be rusty. The only part where I really felt any rust was anticipating the emotional moments of the day. I seemed to be just late a few times. Some of that was just getting back into that mindset. Another part of that is transmitting images from site which takes you out of the flow for a little while. It was still fun being back out there again. 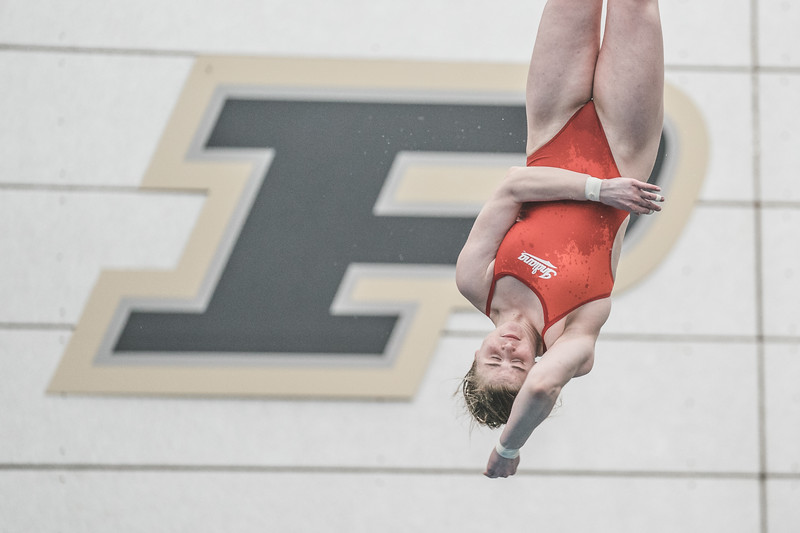 At Purdue this is the most photogenic dive to photograph I feel. You have a nice nearly blank canvas behind the divers to work with. Tonight when the men dive I will have another chance to photograph with this background again. The women move up to the platform which can make for some interesting photos if you can move around to the right places.

As with the 1 meter divers I was having some fun trying to make some interesting photos as the athletes entered the water. I don’t know that there was a clean angle to have a good background, but it was still fun to give it a try.

Below are a few bonus photos that I liked from the night.