My Ten Favorite Drone Photos Of 2020

It goes without saying that 2020 was a strange year. When the pandemic started I bought a new drone. Of course as always with DJI they immediately released a better drone. For what I do though I have exactly what I need. I didn’t get out with the drone as much as I would have liked this year, but I say that every year. With all of the crazy restrictions it really makes it hard to make photos with the drone now. I still made some photos that I really liked this year. Here are my favorite quadcopter photos from 2020. 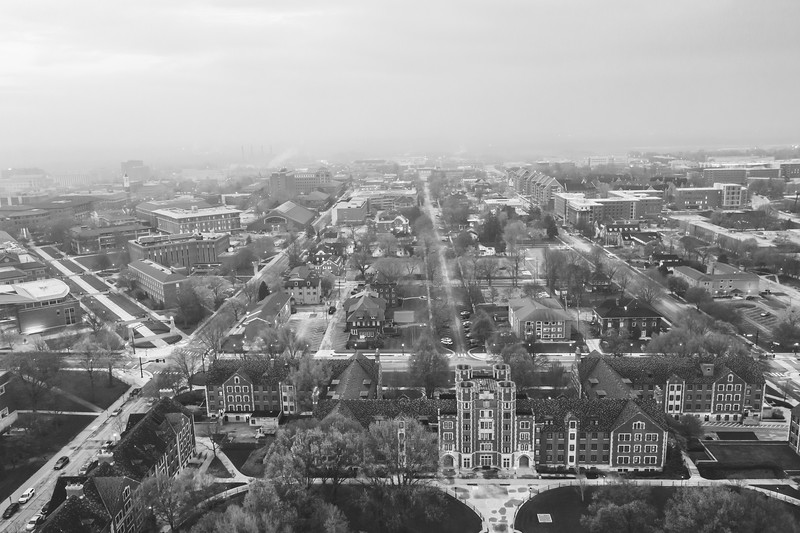 10. A foggy morning on the south side of campus made for an interesting image here. I thought that it looked great in black and white. 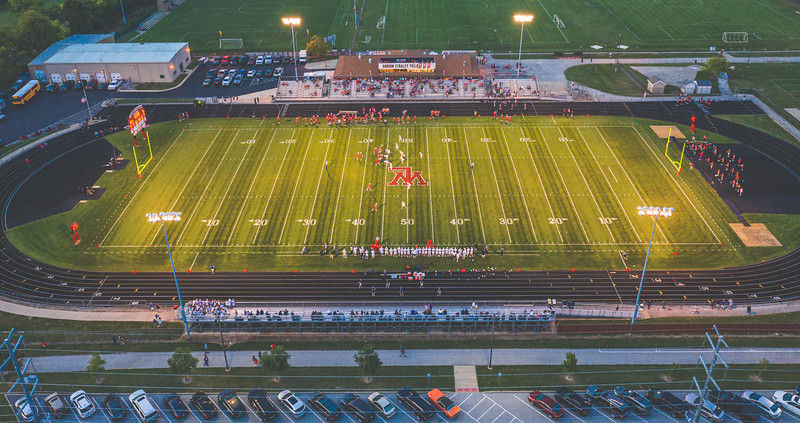 9. For a while I thought that this was the only football that I would see this year. I heard the Friday night lights and drove through the neighborhood to make some photos of the game from the air. At the time I really thought that this would be the only action that I would capture this year. Luckily for me it would get better. I have always had a great idea for this field with the way the lights hit it, but that would require me flying over the players. 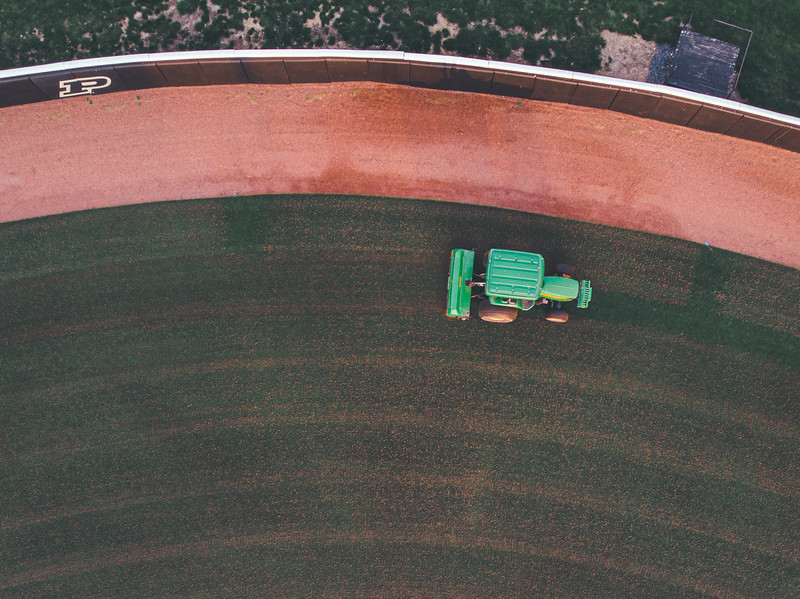 8. You will see another photo from this night later in the countdown. I was out looking for a good sunset when I saw the Purdue grounds crew working on the Bittinger Stadium field. Even with no action for the players this spring they kept it in game shape and looking great.

7. I really wanted this photo to work out. I kept slightly moving the drone to keep the starburst showing until everything lined up for me. 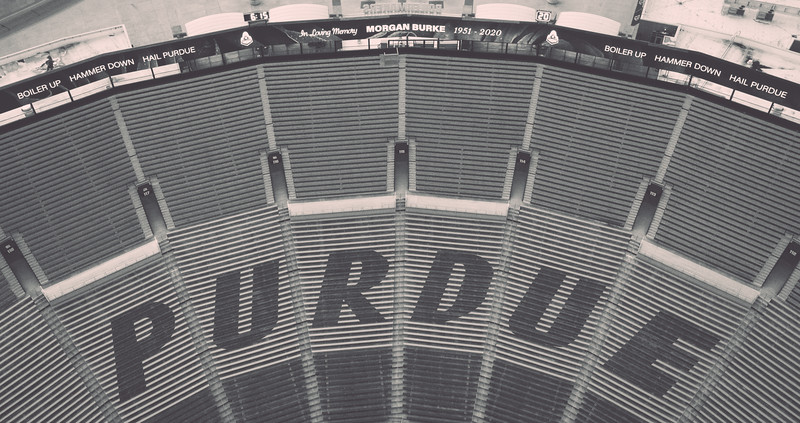 6. I really have no real job for any aspect of Purdue. I freelance for different departments at times, but I don’t work for the university. I still have fun documenting moments on campus though. I really wanted to find a way to show how the athletic department was honoring Morgan Burke after his passing. I thought that this view was a good way to show the ribbon board honoring him as well as part of the stadium that he helped expand. 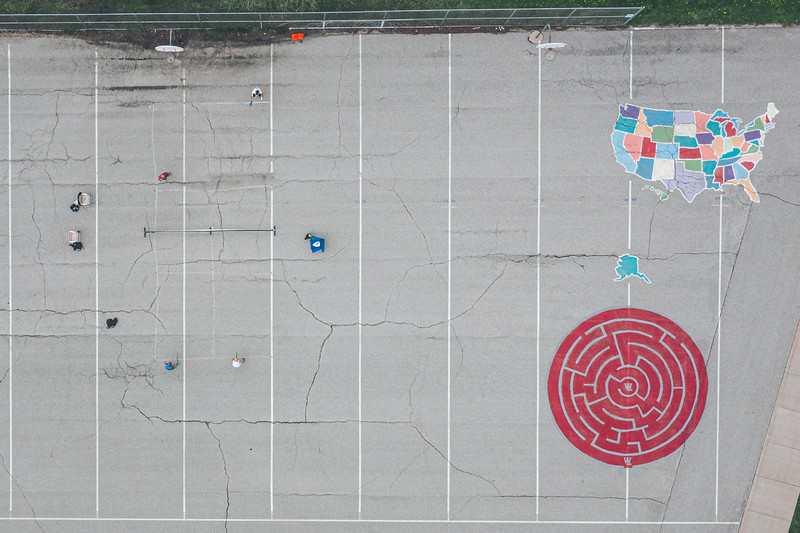 5. A photo of sports made during a pandemic leads the countdown off. A family was having a nice game distanced from others as I was out flying my new drone. I love this playground, and I thought that this worked out pretty well. 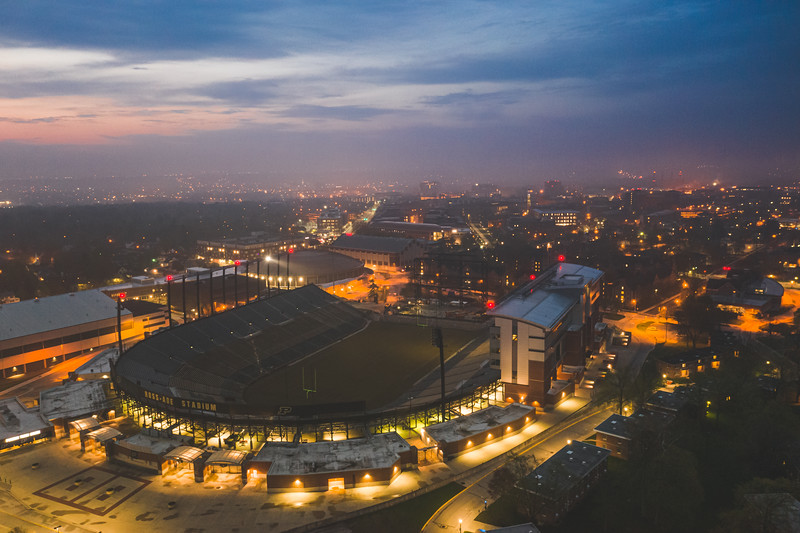 4. All of the lights on campus make sunrise photos from the air very nice. Then sunrise did not pan out like I had hoped, but I still like this idea. 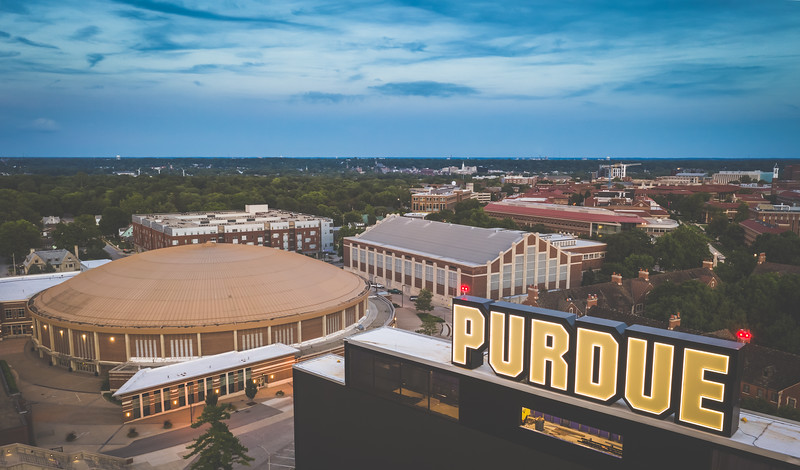 3. The new Purdue sign on top of the megatron was just screaming to be put into photos. It immediately labels them for those not from around here. I will end up playing with this idea more, but I love how this one turned out. 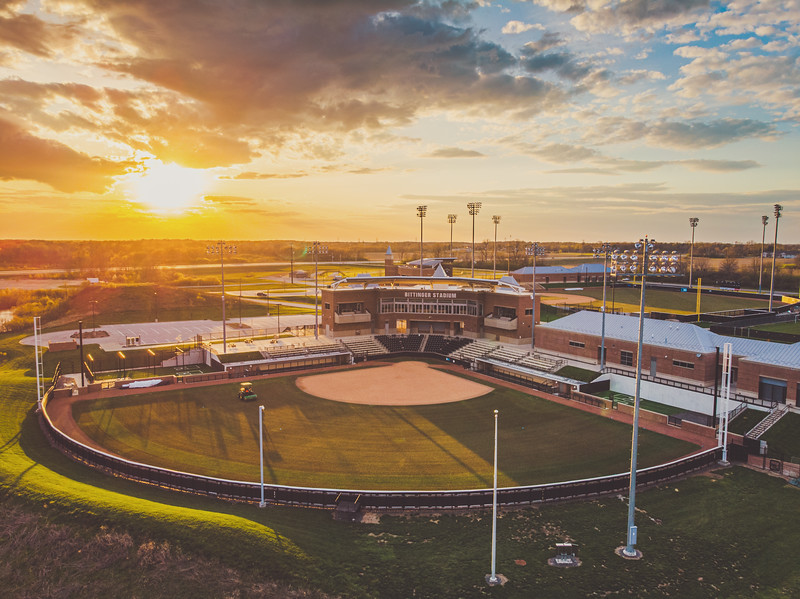 2. The light just hits Bittinger Stadium just right at sunset in the summer. With a drone the other stadiums out there just don’t photograph as well. I was having some fun with the grounds crew before making this photo.

There are my ten favorite drone images from this year. I will say it now because I say it every year. I need to figure out how to make more of these photos this year. It was a nice way to help document this pandemic from a different angle.