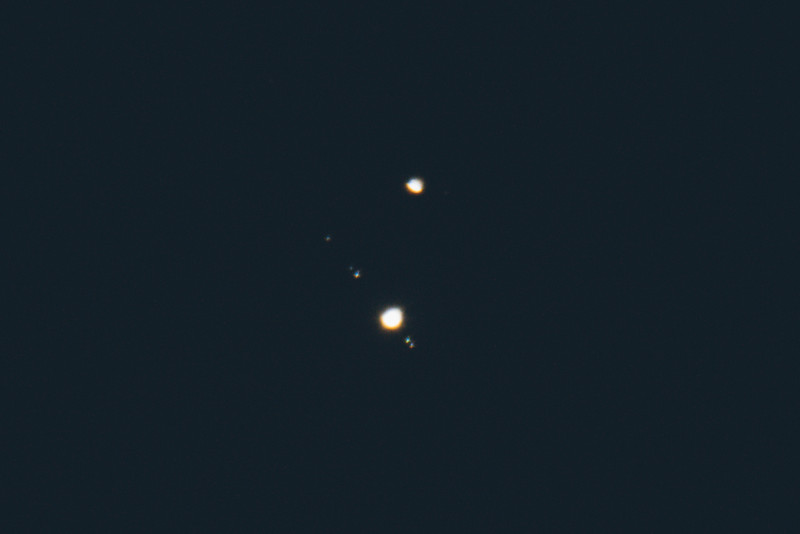 Today Saturn and Jupiter appear to be as one to our eyes. This has not occurred at night for over 800 years. That is a pretty cool thing to see. I had not really planned a cool photo for this occasion as the forecast has been for clouds. Today that has proven to be true. Last night though while playing a game I looked out the window and saw both Jupiter and Saturn staring back at me! I grabbed the family and we checked it out from an upper window in our house. I then grabbed my camera and my 600mm lens and made some photos. With the 2x converter on the lens it gave me a 1200mm view of the event. At some point though it was just a couple of planets in the sky. I decided to try something else. 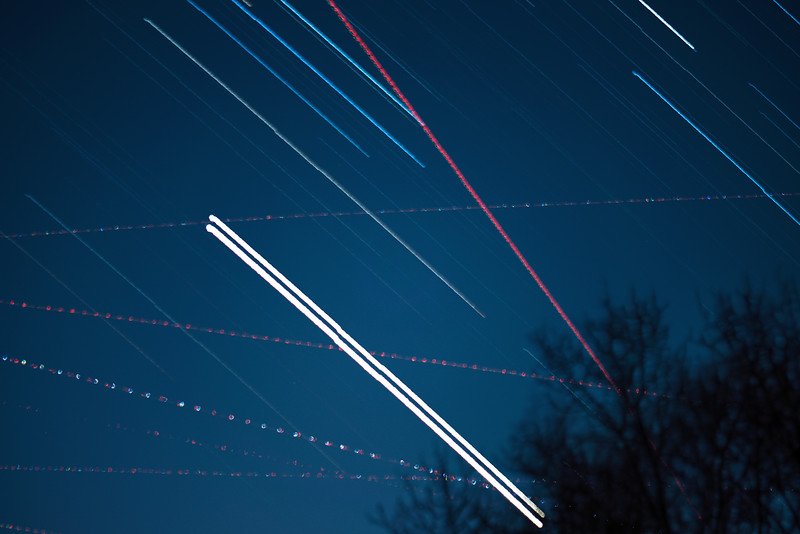 I grabbed my Sony 135mm lens to try something else out. I knew how the planets were moving so I put them in my frame so they would move down and into the tree at the bottom. I knew that I would get some star trails as well. A few planes came in late to really clutter up the photo, but you can see all of the activity outside of my window on that night. It was a fun project to do while we were trying to figure out who the werewolf was in our game. The camera was just making photos while we had some fun downstairs.