Ten years ago today I was at Wrigley Field to watch football. That just sounds weird to say. Since that time I have been back in the stadium for baseball and even a couple of concerts here and there. This was probably the most unique experience though as it had a really big game feel. I love that big game college football atmosphere, and in a year when the big crowd will not show up to football games it is cool to think back to when they could.

What A Difference A Decade Makes

This was the last really big year for my old sports blog. I used to have a sports blog before this one where I took terrible photos from the stands and whiffed big time every week on my picks of the week. In 2011 when photography started to take over more I started paying much more attention to this blog which was only meant to be a one year thing. Of course now we know how that turned out. It is crazy to think of the following that I had there though. I actually ran a poll as to which game I would attend that week. Luckily this game won as it was the one I really wanted to be at.

I really was surprised that I had some photos from this game that I liked. I really had no idea what I was doing with my camera back then. I let it do most of the work, and it was rarely right. I had some good ideas on this day even if I may not have always executed them. Looking through the photos I definitely had ideas of where I should have moved to, but of course they were being pretty strict on where you could be on this day. I even have a photo of the lone touchdown scored on my end of the field after they moved all of the offenses in the other direction. A pick 6 let me in on the action. 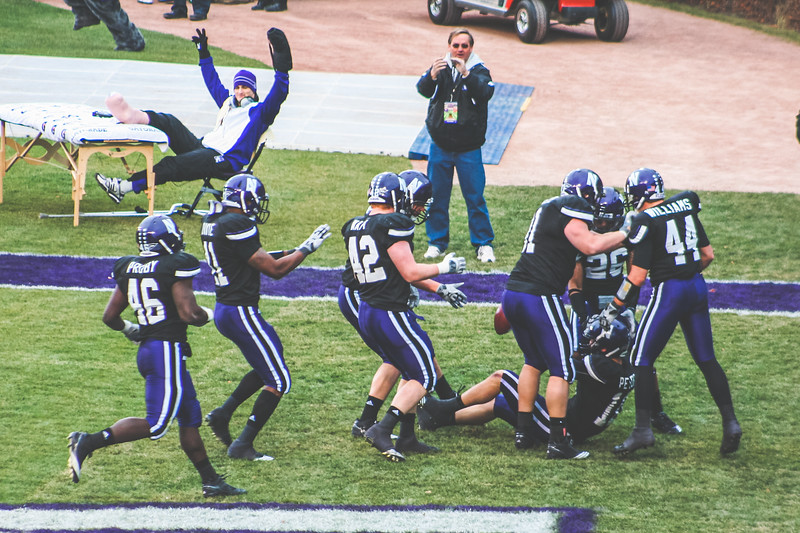