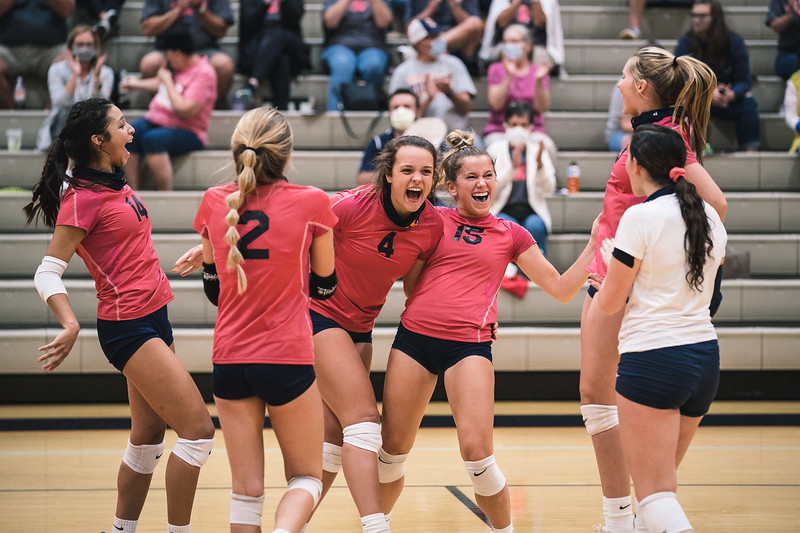 Last night I photographed my first volleyball match of the year. Normally at this point of the year I would have had a few tournaments as well as Big Ten play under my belt. The virus has made anything normal seem like a dream. Things are slowly getting back to normal though. A five set emotional match was a great way to get back to photographing volleyball. 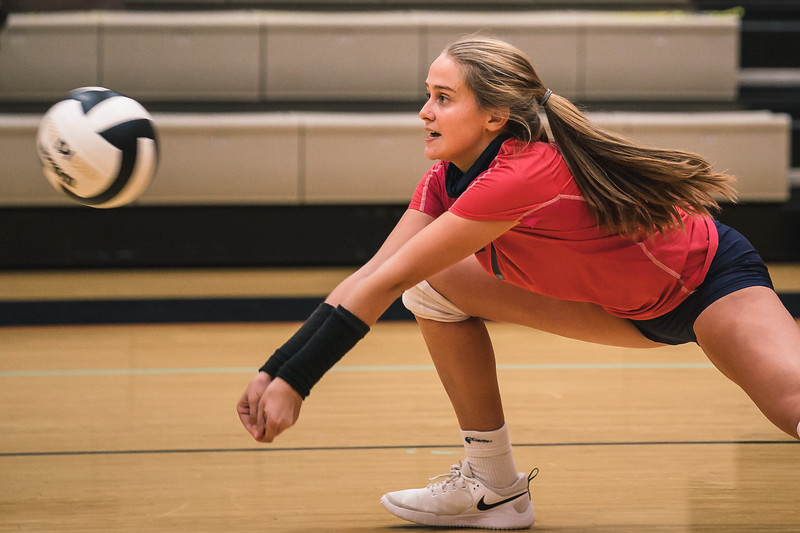 With the lack of sports I have not been photographing too much. The last couple of weeks I was able to photograph some soccer and a football game though. I started thinking that I had shaken the rust off. Volleyball is a great way to humble yourself though. It is always one of the hardest sports that I photograph, and last night it showed once again why that it. It is so fast, and you have to rely on your gut a lot. As fast as the ball moves you have to be there before the ball so you have to guess at where it will be. I was lucky enough to be right a few times last night.

Last night I posted a photo showing some emotion from the game. As I said in that post it had been since March when I last photographed a sporting event that was contested enough to have some good emotion in it. Those are my favorite events to cover, and a five set win over a rival was just what I needed. There is nothing like photographing an emotional game. I really have missed that feeling. There are so many things up in the air because of the virus. I don’t know when we will be able to be in a packed arena for an event again. There were not many people in attendance last night, but it was still great to hear the crowd react and pump up the players. I need to do this again sometime.

One of my favorite photos in volleyball is from up high over the net. It is a great way to show the athleticism at the net. In Holloway I have my straight on spot that is by far my favorite. Here I had a good high spot on the side to work with. With the teams not switching ends of the floor I could not really change things up much. I still was able to make some over the net photos that I like though. In a darker gym like this one you actually gain a little light by going up high as well. You are working with the light that is there. 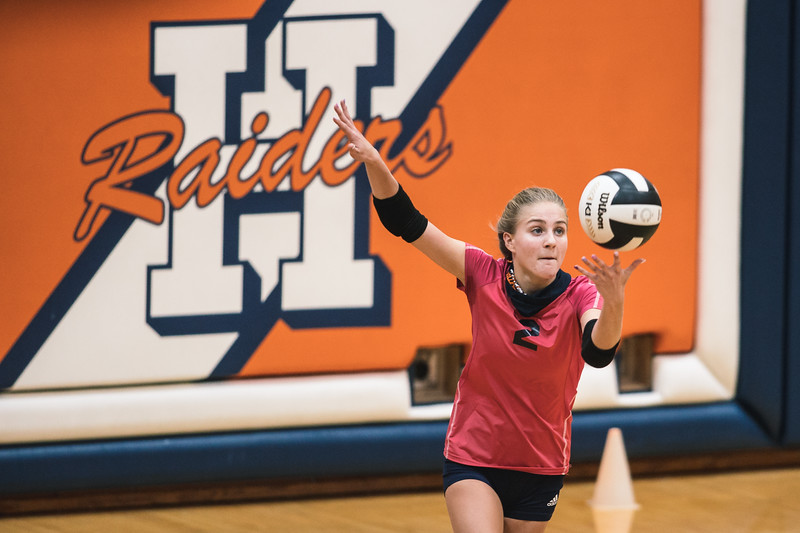 When I was getting my feet wet in photography one thing that I constantly heard is that you need a clean background. Most of the time that is still true. In high school sports though I love to fill my background with the school name or logo on the walls. I like the photo of the serve above, but I think that the logo makes it a little better.

Man this team was having fun playing. At one point I thought that it was almost too easy to make an emotional photo. Those are the games that are fun to make photos at.

Here is a link to my gallery from the match. The gallery is open for downloads, but as usual if you want to buy a few prints that helps out a lot. I know that not everyone is thriving during this time so I will not lock down any galleries during the virus.