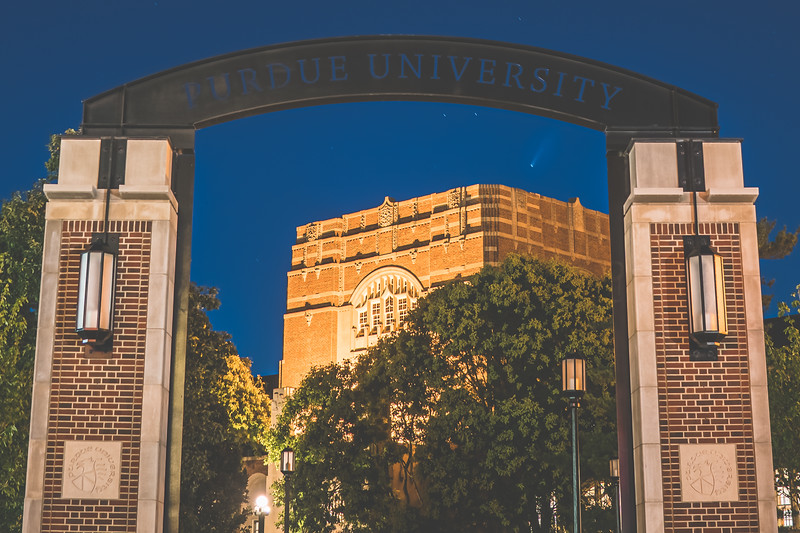 The Neowise Comet Over Purdue

Sometimes you think of a photo idea and you know that it has a 50/50 chance of working. I knew that the Neowise comet was going to either be just above the Purdue Memorial Union from this position or just behind it. Imagine how excited I was when I realized that my idea would work. At first I had a much wider idea in mind for this, but this cropped in view seems to have all of the information that you need. 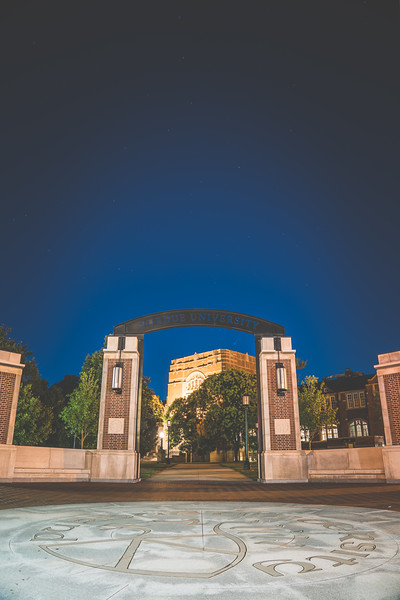 If the comet was a little larger this might have been the photo. If it is printed big the comet would be more visible. For the web thought the cropped in photo had to be the one.

Last night I went back to the same spot to try something that didn’t work the night before. I wanted this view with the space station flying over. The lights come on at 10:30 and they ruined my photo the night before. This pass would be at 10:00 which would be perfect. Of course this one cloud came in and foiled all of those plans. You can imagine it though can’t you. The space station is in this photo along with the comet. Just imagine it. I guess the point of photography is to show you though isn’t it? I still like the blue moody sky here though.