The Sky Catches Fire At Purdue

Last night I went out to try and capture the comet again. I knew that it was cloudy, but a comet peeking through a hole in the clouds could look pretty cool. I had no idea that I was in for an absolute show in the sky. You know the sunset is good when you have to spend some much time trying to figure out what part of it was the best. 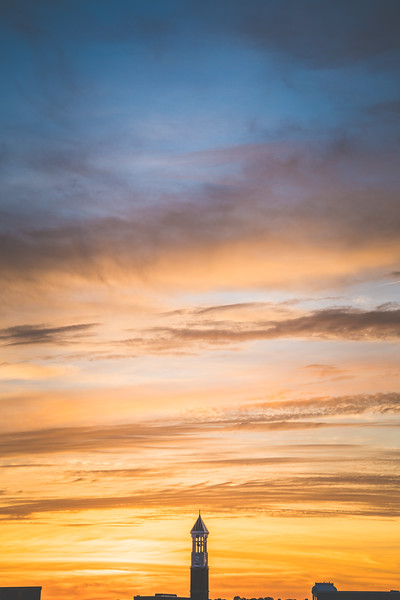 I spent some time running around with my 24-105mm lens making some different photos as the light was changing. I had my 200-600mm lens on a tripod making the photo that is at the top of this post. I like having the ability to play around while I know I am getting something good with the other setup. Often that playing results in my favorite photos from the outing.