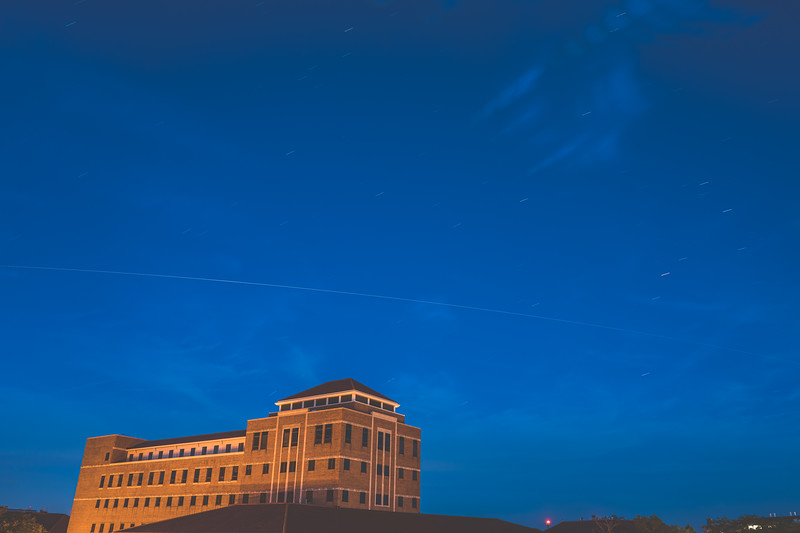 Last night and the next couple of days are going to be very interesting in the sky. You have a comet in the north and multiple space station passes. Last night a rogue cloud seemed like it just wanted to cover up the comet. I turned my attention from the comet to the incoming space station pass. I moved to the opposite side of the parking garage to watch the space station pass. I knew that it would fly fairly close to the top of Beering. This is a pretty cool building on campus so it made for a good photo. There are several good passes tonight as well. Maybe I can come up with another idea for a foreground. If not I can just watch it. We watched the second pass of the night last night together out of our windows. It is pretty cool to see your kids wave at astronauts flying through space.

Stitching It All Together

This is the product of five photos stitched together. Each photo was 30 seconds in total. This was a great pass as it was at a good angle and lasted in total over six minutes. Had I been thinking I could have rushed over and made a photo of it passing near the clock tower as well. I used to sweat over putting these things together. Now it is a pretty simple process in Photoshop if you don’t have any bright lights in your photo.