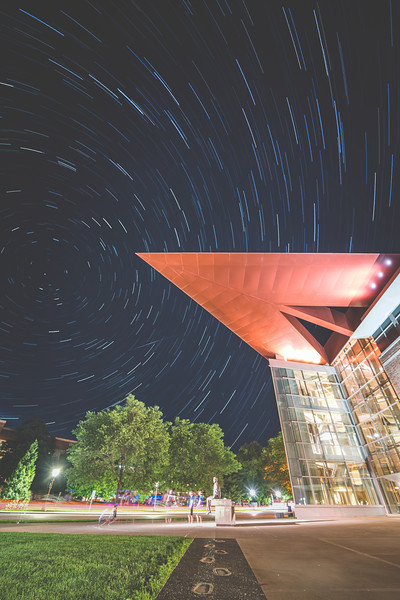 A One Photo Time Lapse

After a sketchy space station photo I decided to try something that may or may not work. I wanted to try star trails at the Neil Armstrong statue. I had no idea if it would work. There is so much light here that you really have to get the settings right to not blow out the lights of ours, but also to see the lights in the heavens. I would have gone longer than the 45 minutes that I did, but I wasn’t sure about the outcome. I also had another thought in my head of why I should stop. I will get more into that later. I like the idea of having everything in the foreground. I have clean frames or I could have cleaned up the frames with the cars and people in them, but I liked having some ‘ghosts’ in the frame showing that people are out and about having some fun. 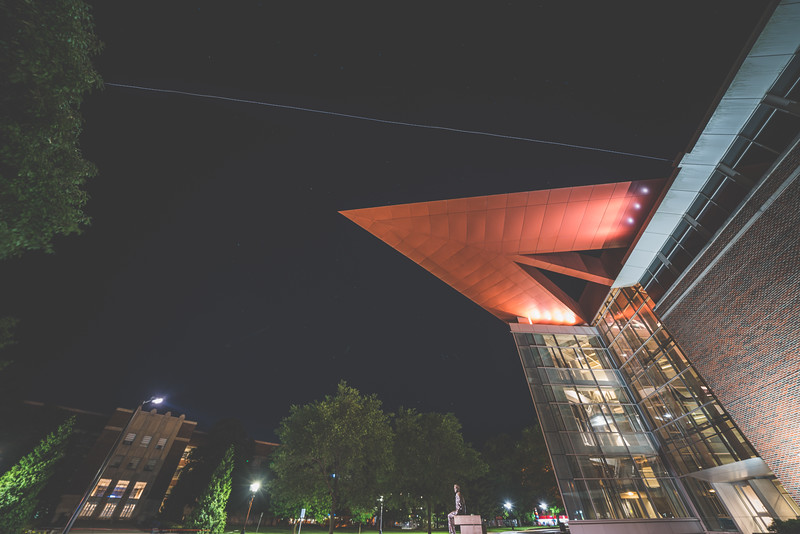 Sunday night I was at the Neil Armstrong statue with a thought of making a photo of the space station flying over with the rocket attached to it. I liked the idea of documenting Neil watching that moment. Of course I misjudged just how high it would be. I had a view like the one above chosen, but I changed my mind with about two minutes left. As it turned out this was the right view to have chosen. By the time I ran back over here it was already in view and I didn’t recompose. I love the footprints in the foreground, and that was not in the photo. Even if I didn’t end up with the photo that I wanted I still was able to watch astronauts orbit the Earth which is always an amazing thing to do.

Watching The Wheels Go Round

At one point while making this 45 minute series of photos I saw that the peaceful protest in downtown Lafayette had turned a little bad. I was thinking about how peaceful it was right where I was on campus. Not that far away people were getting gassed and were in pain. That is something that has been bothering me for a while now. It is amazing how far apart this country is. Everything including a pandemic has been turned into a political football. I don’t see the end of any of this either. I started listening to John Lennon singing about watching the wheels go round and round as I watched the stars slowing rotate (from my point of view) in the sky. I don’t have any of the answers to what we are going through right now, but I started thinking that maybe there is something I can do to help.