Running Into The Canada Warbler At The Celery Bog

Saturday morning I kept hearing about how everyone was seeing a Canada warbler at the Celery Bog. I spent a couple of hours walking around without seeing one. I was making one last pass before heading to my car when a yellow flash went before my eyes. A Canada Warbler landed right on a branch in front of me. For the next half hour or so I watched it move around in the thick brush waiting for openings to make a photo. I was very lucky and had a couple of chances especially this chance in good light. It is always good to find a bird that is not normally found around here so much. 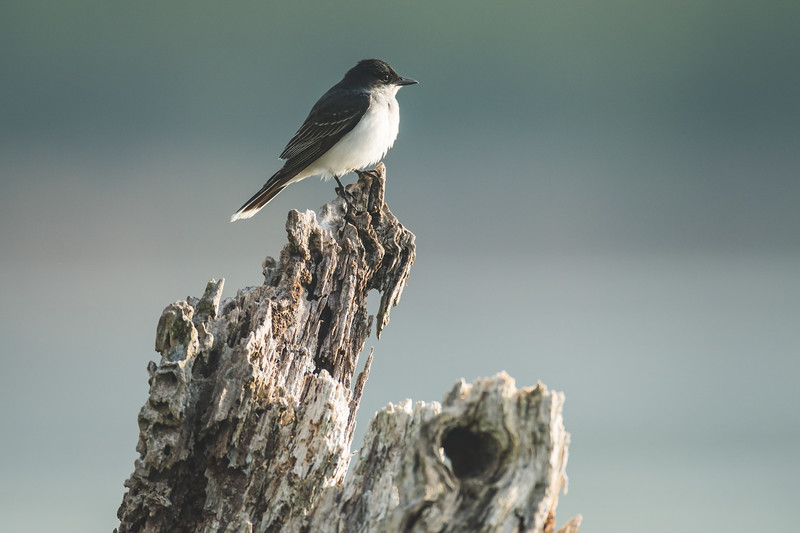 Until the end of my walk this was the bird that was going to headline this post. This was my first good look at an eastern kingbird this year. I had a couple of good perches, but this old stump that is rotting away was by far the best. I will have plenty of more chances with this bird, but I really like this photo. I saw this guy up in the top of the trees, and I didn’t know what it was at first. You never get a good look right away it seems. Then it popped out into a more open spot, and I knew that I had a photo. For some reason this looks more tropical to me than the Celery Bog. Last year I had many more chances better than this with a Tennessee Warbler. Hopefully that is the case again this year.

This was my first good look at a black and white warbler this season. It really was not giving me any looks, but then it jumped right at my camera. It then took off out of frame, but it did give me one good frame that I really liked. I will end up with my black and white warbler hanging off the side of a tree photo I am sure, but I was happy with this one to start things out. 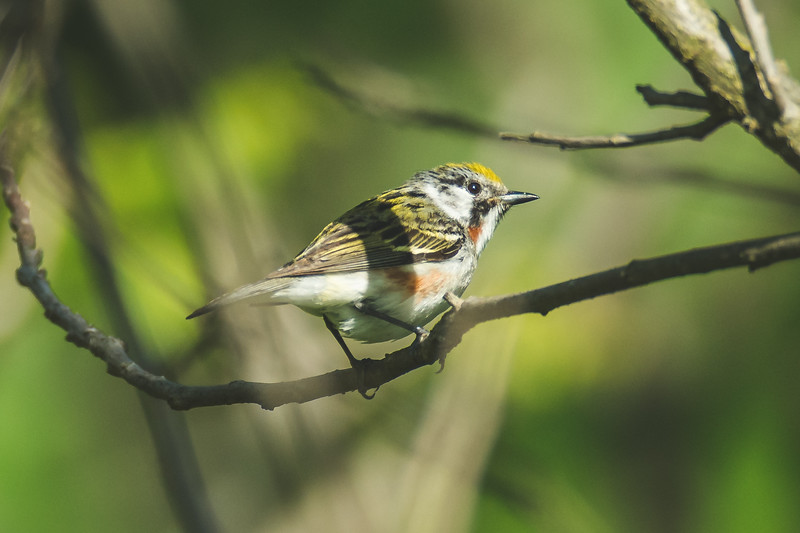 This is a bird that I was not thinking about when it flew in front of me. I ended up with a decent look at it, but once again I hope that a better looks is coming.

I have plenty of tight photos of a house wren so I have been having fun this year finding different ways to make wider photos of the bird. This is another fun one showing some of its habitat.

I had some fun watching this male and female baltimore orioles playing around. The female was the aggressor here moving the male out of several trees. The male ended up just flying away. This time of year that is interesting to see. Usually it is the male that is the aggressor.

The flycatcher family is a fun one to find and photograph. They are usually near water, but this one was up near the nature center. It was still posing nicely so why not make a photo?

This is the first hummingbird photo that I made this year. I have seen a few, but never in range for my camera. This one was sitting still which is rare. I decided to make a photo. Hopefully this year I can make much better photos of this bird as the summer moves on. 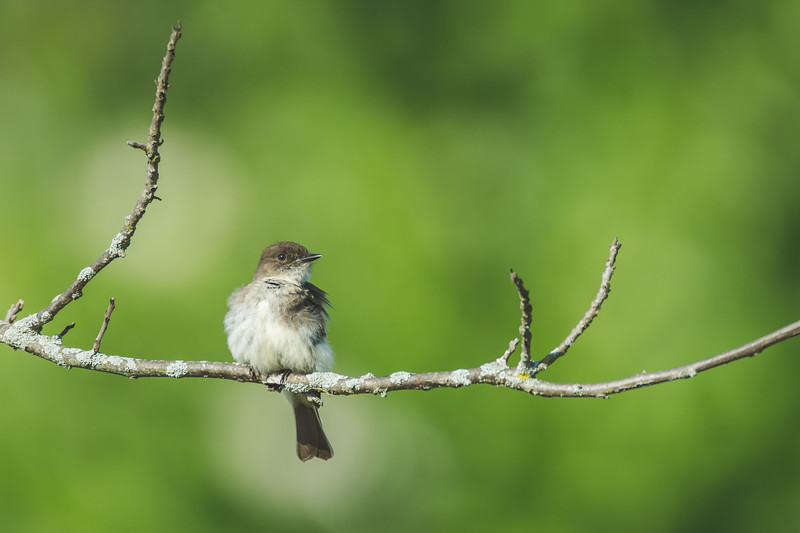 This eastern phoebe was posing nicely for me on a branch with a good background. I usually see these birds along the water, but this one was hanging out above the tall grass. I have seen them on my fence lately so they are definitely looking at different spots for food.

3 Replies to “The Canada Warbler At The Celery Bog”