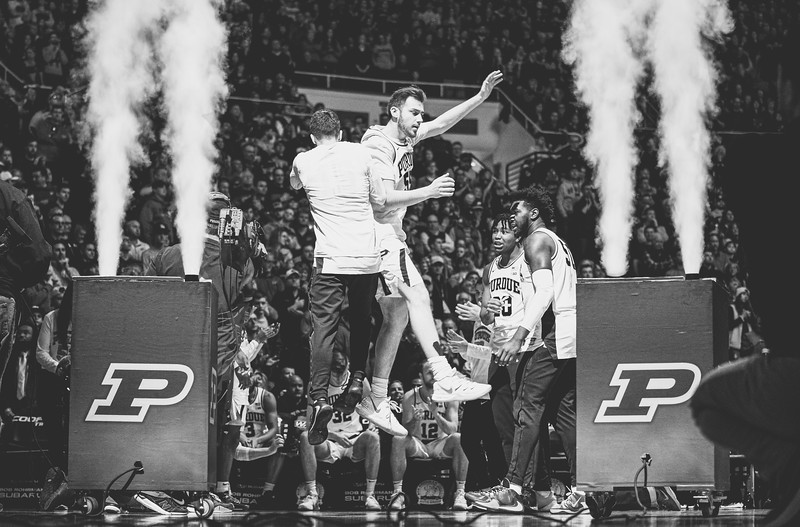 Getting The Intros Right

When I am making photos most of the time I am not making editorial photos. I can make some things happen that may or may not happen in real life. I never do anything to alter a ball in the frame, but at times like the intros when the smoke is fired late I don’t feel bad about taking two frames and making one frame with the smoke and the player in it at the same time. This is how it should be, and how it looks the best. Why not make it so? 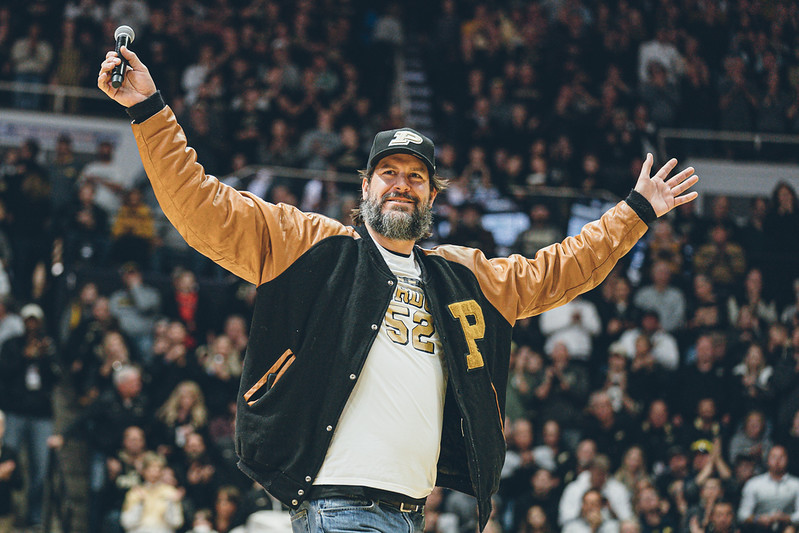 Brad Miller was just before my time watching Purdue athletics. I knew of him, and he played for the Bulls so how cool is that! I wanted to make a couple of good photos of Brad at halftime of the game. I have my standard legend photo which is the bottom of the two above. I feel like I over use this vantage point for the legends that come back every so often, but it works so well. His spontaneous smile coming out of the tunnel might be my favorite of the two though. 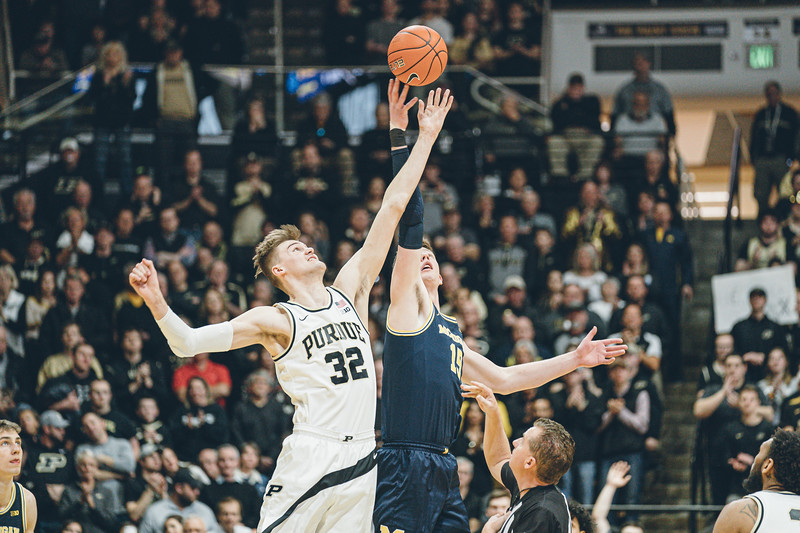 As of writing this I only have two basketball games on my schedule. Of course when the tournaments start that all seems to change, but basketball season is really winding down. In the past basketball season was always something to push through. In fact I took the slow time around the new year as a chance to take a break and recharge my batteries. Over the course of the last couple of years though I have really come to love making basketball photos. I am actually sad that things are winding down. Who knows? Maybe a long tournament run of some sort is in the cards for one of the teams that I cover.

Remember that time Sasha Stefanovic through down a breakaway jam? Me neither, but he almost did that on Saturday. It was a cool moment where the bench would have exploded behind him. Sasha was playing with a lot of intensity so it would have been good to see.

The Camera On The Ground

During the second half with Purdue going my way I put my camera with the 24-70mm lens on it on the ground in front of me. Triggered with a pocket wizard it was giving me two different looks every time that I pressed my shutter button. If and when I end up at a tournament game or two this is how I like to photograph them. The wider view is a good way to break up the gallery.

Slowing It Down Yet Again

I just can’t get away from slowing down my shutter. It really started during swimming and then spilled over into football earlier this year. Now it seems like every basketball game has a moment when I am dragging my shutter. I really like how it looks, and just like the wide angle above it helps break up the gallery a bit.

Last week had a few basketball games in it. As the season winds down I still expect that to be the case. The emotion should get better as the tournaments begin as well. Here is a look at my favorite photos from last week.