When The Remote Works

I had this idea for a remote for the women’s game Sunday, but the remote never fired for me. The under the basket remote is nothing new, but I wanted to try my Sony 12-24mm lens under there. I liked the idea of a wider view of everything from under the basket. This would not result in a lot of pictures that I could use. In fact this was the only one from the entire game that I really liked. I even had a couple of dunks from this remote, but this photo had the most impact. Too bad it was for the opposing team (at least on Tuesday night). 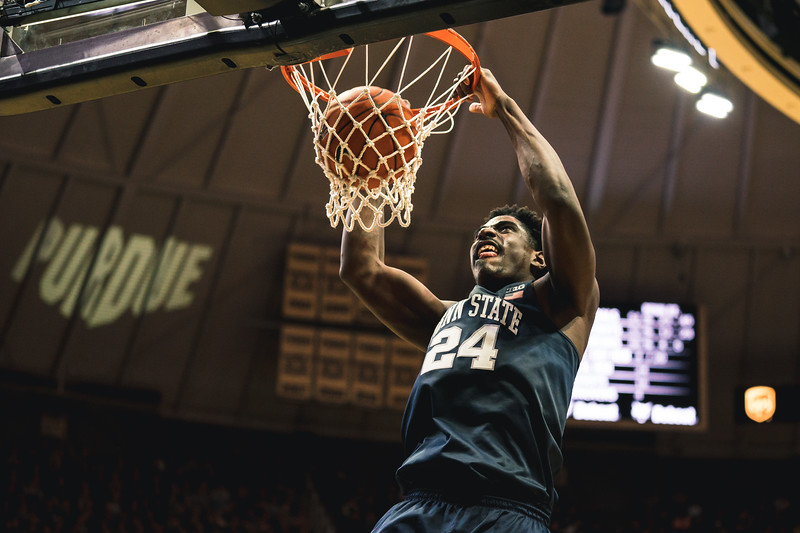 Photographing For The Opponent

Up until the day before this game I thought that I would be photographing the game for fun. I hadn’t been to Mackey for a men’s game in a while, and I was ready to hear the roar of the crowd again. When I make photos for fun I don’t have the best seat though. I defer to those that are working, and I sit off to the side. When I am working though I can make use of a good position to make my photos. Those photos always seem much more dynamic than my photos from the side. This dunk photo is a good example of how much better the photos look from under the hoop. 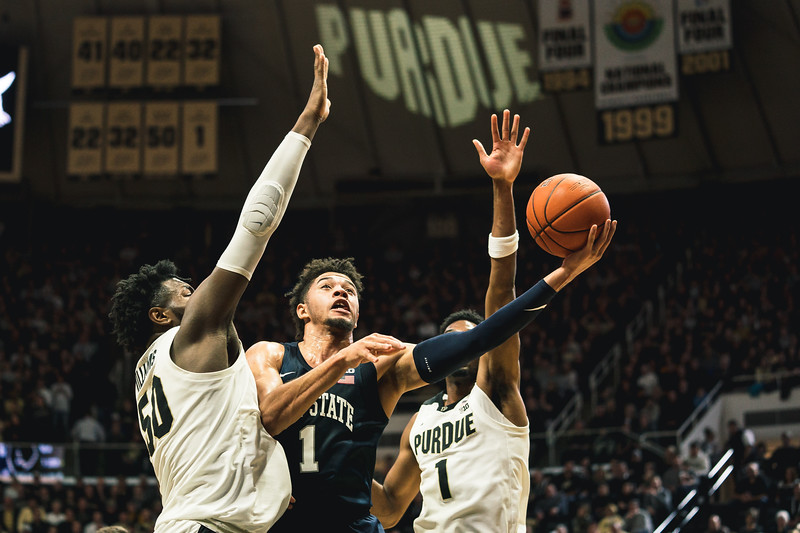 I always love including the Purdue logos in my photos. If I was on the road with Purdue I would include them in my photos for a sense of place. I am always cautious of putting too many of them in a gallery though. I know the photos will be used for other games not at Mackey. It is always a balance between making a photo story of the game and providing content for the future. 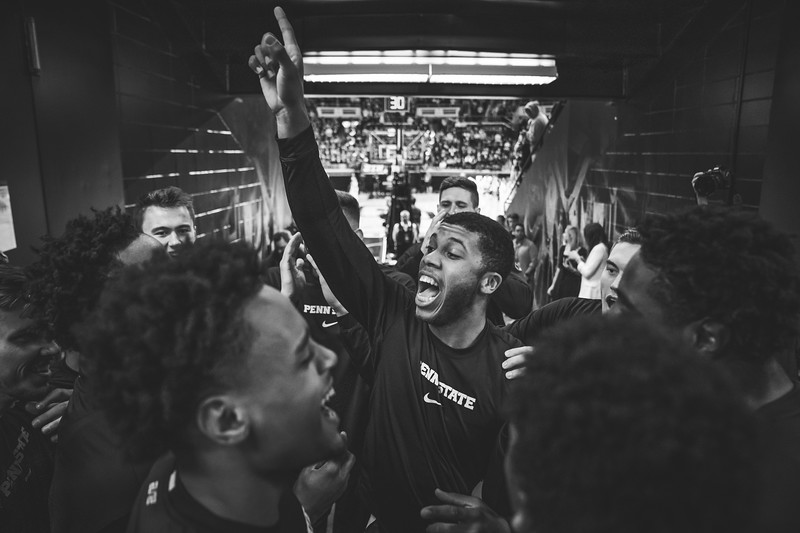 I normally do not go into the tunnel for the opponent. I don’t know that the photos are ever worth doing so. For some reason I went up there Tuesday night though. When I saw this scene I knew that I made the right choice. Penn State is currently second in the conference, but with a little luck they could have ended the night in first place. Had that happened I thought this photo could have been used. It is still a good moment. 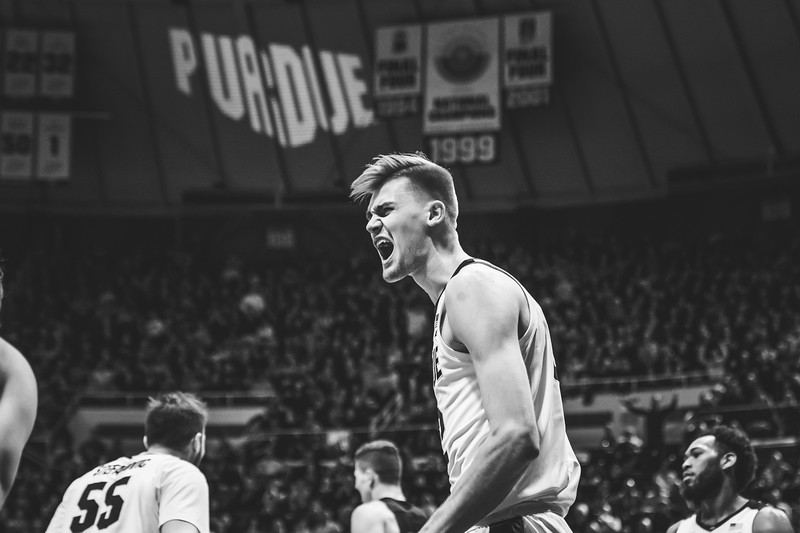 In the first half I instinctively made this photo of Matt Haarms. He was not happy with a call. I realized though that I couldn’t tell this face from his normal excited face. Matt is always good for a reaction photo.